When we Kiwis find something we like, we say it's 'Sweet as'. With that in mind, here are the 'Sweet As' solicitations for Valiant Comics come January 2014: 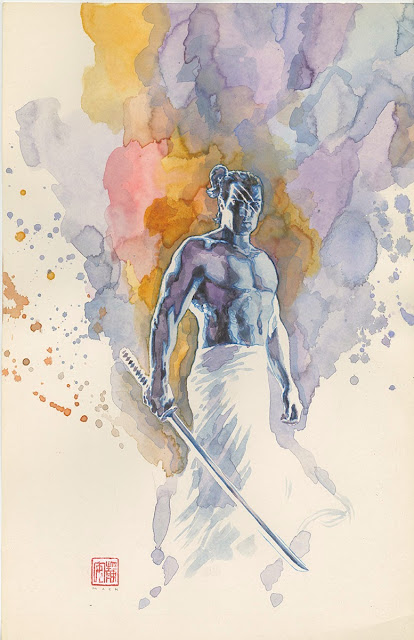 Valiant sure has one hell of a talent scout! Adding David Daredevil / Kabuki / 'Anything-you-want-to-look-hot' Mack to their stable means, if this is a tease for Mack working on an ongoing Rai shortly, well, I'll happy-dance my way to the end of the year!

The future has arrived. Two thousand years from today, the planet has been transformed by science, technology...and war. The centuries have not been kind to the Earth's own undying warrior -- but a battle that could change everything is just beginning right here in 21st century. A new vision of the Valiant Universe that is to come and define a brand new era for heroes past, present and future. 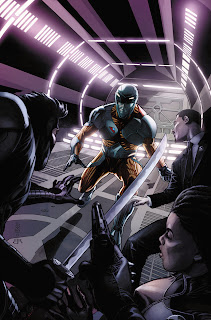 UNITY #3
(W) Matt Kindt (A) Doug Briaithwaite
Enter: Livewire! On an airtight team of stone-cold soldiers, Amanda McKee is the one variable in the equation that equals absolute kill. Now, as the last woman standing against X-O Manowar, the seasoned technopath has just added to her resume; newest bearer of the X-O Manowar armor and the finger behind the trigger of the universe's most powerful weapon. Watch out world...this means trouble.

SHADOWMAN #14
(W) Peter Milligan (A) Roberto De La Torre
Jack Boniface is quickly coming to terms with the darkness inside him and finding out firsthand just how brutal unchecked power can be. With word of Shadowman's increased unpredictability spreading across New Orleans, the Abettors grow even more suspicious of their newest trainee...and begin to consider drastic measures. 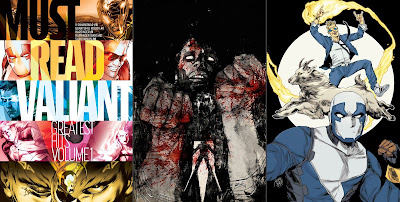 QUANTUM AND WOODY #7
(W) James Asmus (A) Ming Doyle
As a totally questionable romance blossoms between Woody and his runaway science experiment girlfriend, Eric comes to find that his duties as an on-staff superhero are bit more unsavory. It's down to Quantum, an old army buddy, and Woody -- interloper! -- to discover the illicit truth behind Mr. Magnum's all-seeing private security empire. 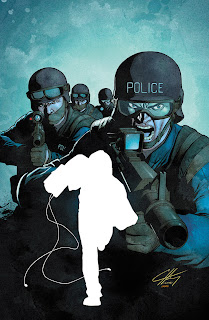 HARBINGER #20
(W) Joshua Dysart (A) Clayton Henry
Peter Stanchek and his team of teenage superhuman outlaws have decided that the best defense is a strong offense. Pursued from coast-to-coast by their would-be overlord in the Harbinger Foundation, the Renegades are about to launch a strategic strike on Harada's secret empire -- and they'll start by revealing to the world just what kind of power they've been hiding all along.

Bart Sears hits for the two-part action epic Get Some! Bloodshot and the expendable H.A.R.D. Corps face off against a network of terrorist saboteurs - confronted by an older, scrappier, more grizzled generation of a superhuman soldier from the glory days of proxy wars and state-sponsored assassination. 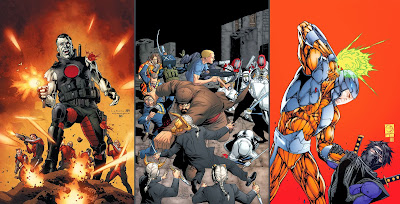 ARCHER AND ARMSTRONG #17
(W) Fred Van Lente (A) Khari Evans
The Sect Civil War reaches its earth-shattering climax! (...and for once that is meant literally)! Archer versus Armstrong! An incredible second identity for Mary-Maria! Obadiah Archer gets a bold new role and mission! The secret of the Master Builders revealed! We were kidding, before but now we're serious: This one changes everything!

X-O MANOWAR #21
(W) Robert Venditti (A) Cary Nord
Unity tie-in! X-O Manowar: Prisoner of War! Stripped of the X-O armor, Aric of Dacia has been imprisoned and interrogated at an off-the-grid black site. But what knowledge could the governments of the world want from a man who has journeyed 1,600 years to the present? All of it. And secrets will be extracted by any means necessary.