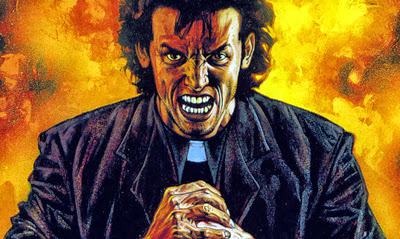 This week, when the band is called Daredevil, you know the comic connections aren't going to stop there. On the track Jesse Cutter, the crew sing about Preacher's main man Jesse, Cassidy and The Saint of Killers, aka everything good about a comic you never thought people would stop raving about, but somehow did.

While the track off the Australian Stoner Metal band's debut EP doesn't have its own video, here is their hit The King (also a comic reference of sorts), to give you a taste of their style.


What do you think?  To buy this track, visit itunes.com then see you back next Monday for another comic beat!
Posted by IADW at 6:00 am