WE NEED YOU TO HOPE AGAIN: The First Trailer For X-Men: Days of Future Past 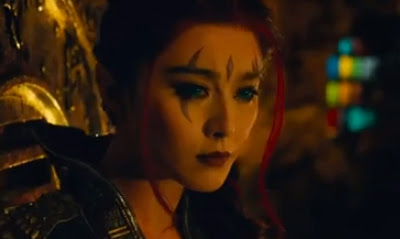 If people in your neighbourhood are running around screaming "Blink! Blink! Blink!", it's not because to much TV has left them without the ability to do so, but rather that the popular X-woman has made her on-screen debut in the first trailer for X-Men: Days of Future Past.

As a whole, the trailer focuses on conveying the plot more than 'wow', just like any time-travel based epic should. Jaws still drop however, as Rouge, Storm and Shadowcat from the original X-films, meet Beast, Mystique and co from X-Men: First Class, in amongst debuts like Bishop, and yes, Blink.

Give it a watch and see for yourself.