Just like Benjamin Grimm, Marvel sure know how to play to their strengths. Having recently scooped up writer James Robinson, a man known for being able to right hit books with a retro era flare, the House of Ideas have put him straight onto an all-new All-New Invaders series, and announced today (also as part of Marvel NOW!) a relaunch of the title that started it all, The Fantastic Four, with artist Leonard Kirk and this stunning-as-usual Alex Ross cover... 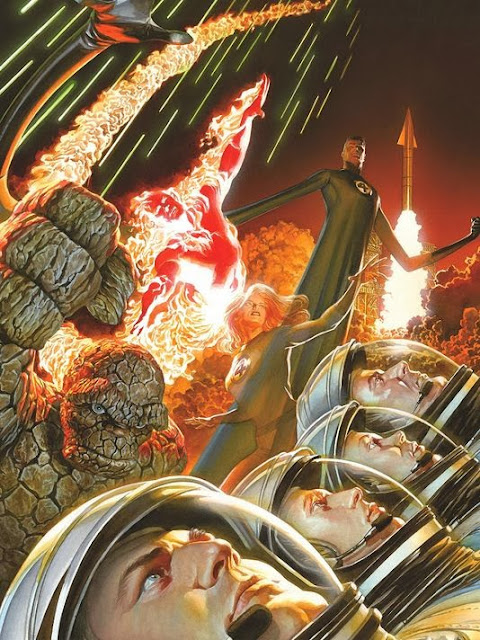 That sound you hear is a thousand desktop wallpapers all being changed at the same time. What is more, from the story over on the pages of USAToday, you get the feeling that when Robinson says he's been a fan since #99 of the original series, the guy actually means it.

Teasing things like Doctor Doom and Wyatt Wingfoot's return, the Human Torch's rise and fall in fame, and a new series of quartets calling themselves the Fearsome Four, each more powerful than the last, returning to tear Marvel's first family asunder, and you can literally read the fanboy in his voice.

Now if that doesn't scream 'It's clobberin' time!' I don't know what does.