Sure Dynamite has the rights to 90's Valiant titles like Turok, Magnus, and Solar. And sure Valiant has stated they're not initially looking to crossover with these 'converts'. Fair enough. We've been there.

What I do say however, is look at these side roads a Valiant/Dynamite crossover could have without the Gold Key characters as a leading feature, and you'll see Solar re-meeting Archer and Armstrong is probably the team-up we would least want to see... 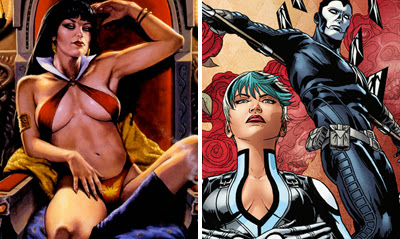 VAMPIRELLA MEETS SHADOWMAN
Hey, when is it not a great idea to have Vampirella visit New Orleans? Throw in Vamps crossing paths with the new Dr Mirage as she tracks a vampiristic menace to one of Jack Boniface's previous foster homes, and Shadowman has more than got his work cut out for him! 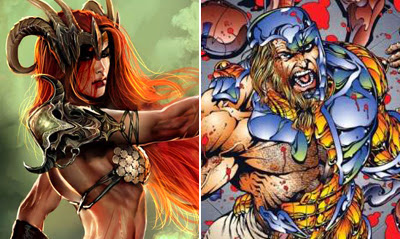 RED SONJA MEETS X-O MANOWAR
Unable to recapture the barbarian who stole their sacred weapon, The Vine kidnap a warrior on an alternate world who's Aric's equal in all ways strategic and savage; Red Sonja. Threatening to bring their empire down around them in ways Aric never did, the Vine soon turn to X-O for their survival. Will he help his enemies or find a kindred spirit in the eyes of the She-Devil as 'Rome' burns? 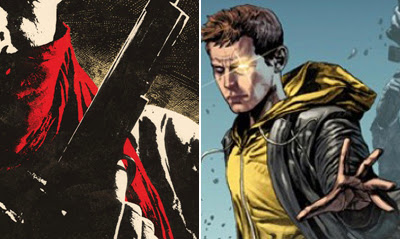 THE SHADOW MEETS HARBINGER
When the Vine opened portals after Red Sonja, one of the resulting timeslips gave The Shadow a warning of a massive psychic threat. Stepping through to eliminate the threat at it's source, The Shadow is about to realise Pete Stanchek is all too used to being hunted, and the true telepathic menace is actually the one standing behind him...

See what I mean? And that's not even including Archer and Armstrong meeting the Bionic Man and Woman, The Eternal Warrior with Zorro or Bloodshot and Doc Savage! Inter-company crossovers are awesome fun, and can be magic even if one of the participants isn't 'The Big Two'. Dynamite and The new Valiant could easily prove just that.