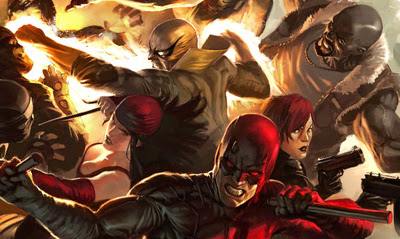 If the Marvel Studios movies of Thor, Iron Man and Captain America are 'Mainstream Marvel', then today's announcement with Netflix for four TV series and a mini-event must be 'Marvel Knights'.

For just like the revolutionary comic imprint, the deal is not only unheralded in TV land, but spearheaded by a Daredevil series, it will bring Alias Jessica Jones, her bullet-proof ex Luke Cage and his mystical kung-fu buddy Iron Fist all into their own shows, before they unify in a The Defenders TV event, in true Marvel style. 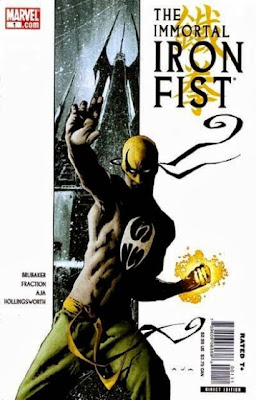 The four Marvel series set in Hell's Kitchen, New York, will kick off in 2015, with each series guaranteed at least 13 episodes. With bigger characters than Marvel's current Agents of S.H.I.E.L.D. TV series, the line produced by Marvel Television in association with ABC Television Studios, won't suffer the same perils faced by broadcast television, as it hits the audiences of the world's leading internet TV network.

The idea that key elements of Ed Brubaker and Matt Fraction's Iron Fist run might make it to live action adventure, like The Immortal Weapons, makes it a dream turned hit series already in my mind. Hopefully David Aja who set the tone for many of the initial comic book issues gets to bring his unrivalled design skills to the tone of the TV show as well. 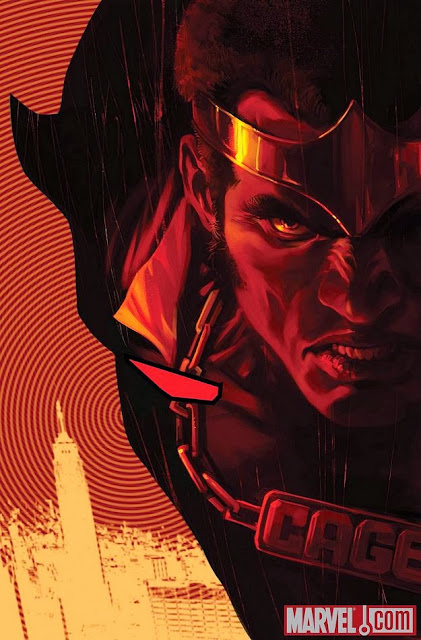 Daredevil, while long rumoured for a big-screen makeover, feels more at home on TV. The law firm backdrop is modern TV's recipe for success, while thirteen episodes allows you to explore the noir culture of the Man Without Fear's gangland/ninja based cast, without being shoehorned into the one to two villains a film limitation.

While I'm sure former super-hero turned private investigator, Jessica Jones will have similar success with her made for TV premise, Luke Cage is the one that has me screaming 'Sweet Christmas' most of all - with or without the yellow shirt, chains and afro. Handled right, the straight-talking hardman of the streets could put a dent into crime and TV history, maybe reforming some crims rhyming with 'Underbolts'?

What do you think?  Which is the one you are most looking forward to?
Posted by IADW at 3:00 pm