Sandman is one comic that never dates. The art isn't too 'last millennium' and the stories, just as poignant as if the ink first fell on the pages yesterday. While we wait for the second issue to Sandman The Overture, a dream The Endless fans have may finally be granted. 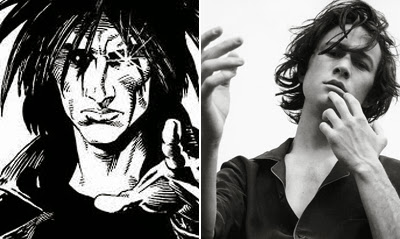 A rumour has surfaced on Bad Ass Digest that The Dark Knight movie man, David S. Goyer has pitched to the W.B a Sandman flick, with The Dark Knight Rises' Joseph Gordon-Levitt in the mix - hopefully as the title character. I mean look at that graphic - he's a perfect match!

While it is a rumour, it would match Diane Nelson stating the dream merchant is on the top of her priority list to develop. Of course rumour or not, Gaiman would have to be involved in a pretty key capacity, that's one bit of realism all fantasies have to be based upon.

All this talk of a rumour playing off the dreams of fans does make me think of a scene from quintessential Sandman collection Preludes & Nocturnes, where surrounded by the demons of hell hungry for his demise, and taunted by Lucifer that dreams have no power in hell, Daniel (awesome name that) responds... 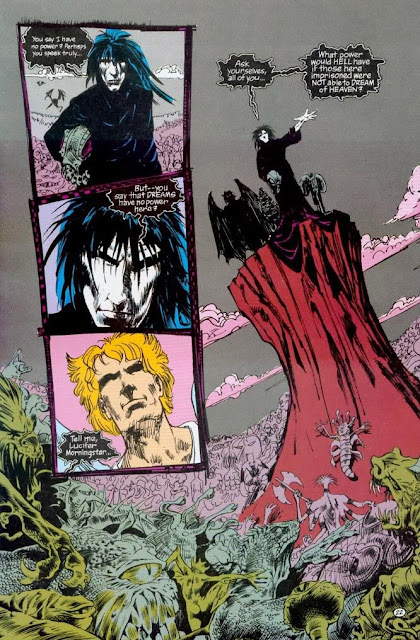 Amazingly illustrated by Sam Keith (who sure knows how to draw a hell chocka with demons), what makes this moment achieve monumental status is the hordes' response to Daniel's question. If you've never read Preludes & Nocturnes - or know the response but never seen it in print, put the collection on your Santa list. You'll be eternally thankful.