One of the funniest things from recent weeks, is this sketch Will Work For Resurrection by George Perez. Found on Jason's incredible Marvel Comics of the 1980's site, it humourously highlights how the 'twins' are 'absent' at the same time. Donna Troy I found a few weeks back, and thanks to photographer LJinto, I have now found Jean. 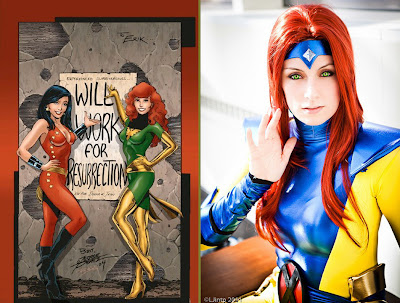 Sticking on a Titans buzz, I am always impressed how many Beast Boys there are at a Cosplay convention. Be it Doom Patrol or Teen Titans era, it really shows how Gar is one of the best of both franchises. Especially when done like namine207 does below. 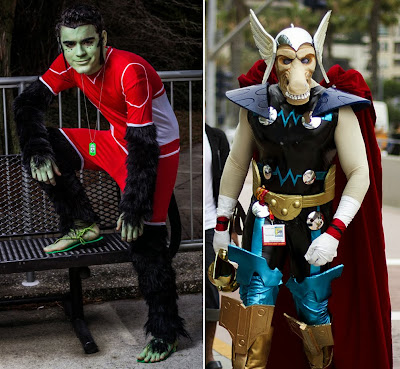 Both he and Beta Ray Bill (snapped by Flickr user Nathan Rupert), put some serious work into their respective outfits - Bill's face is fantastic! Yet like Jack Nicholson's Joker always said, "You can't make an omelette without breaking some eggs", so enough with the heroes, lets see some villians! 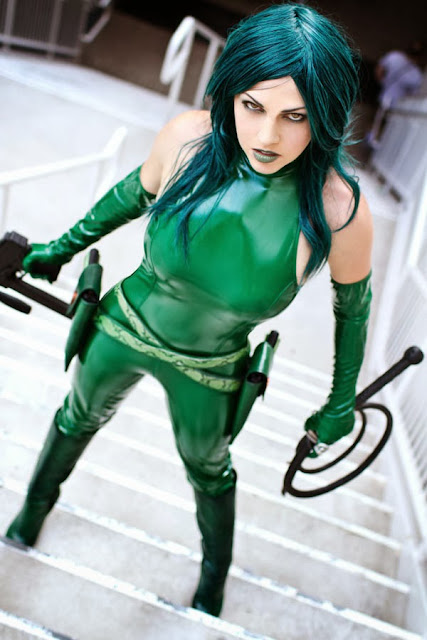 Another stunning effort by Miracole - this Viper looks more venomously perfect than her recent appearance in The Wolverine, played by Svetlana Khodchenkova! Suddenly you can see why Madame Hydra has the strength to not only lead an army, but also the passion to make the world burn.