If there is one thing that comics is good at supplying the modern world, it's femme fatales - we're drowning in them. So putting the likes of cosplay favourites Poison Ivy and Harley Quinn aside, here are four ladies, out to show off some of comics' best assets. 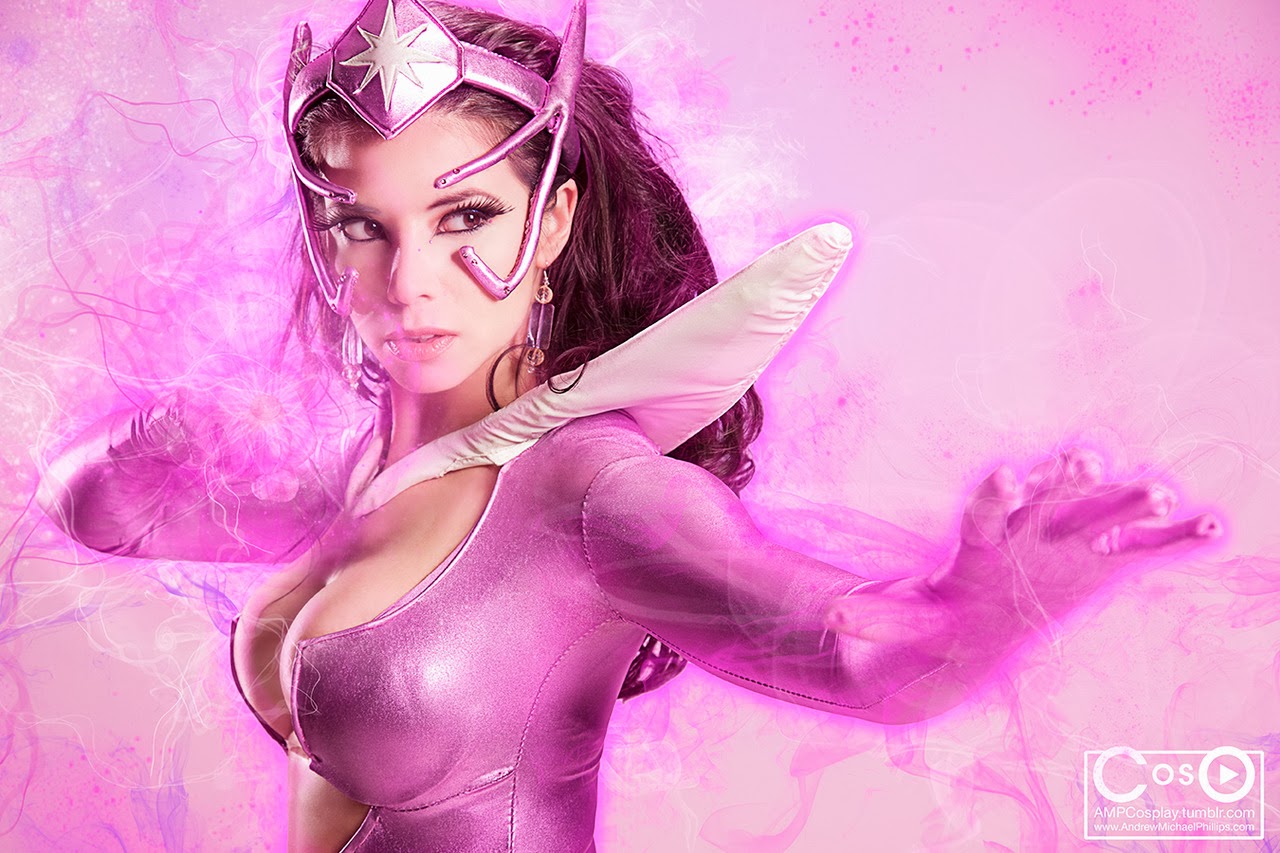 Star Sapphire, played by Margie Cox, shows how wayward love can easily warp the willpower of the greatest weapons in the galaxy. Shot by Andrew Michael Philips, I get the feeling if she had been in the Green Lantern movie, a lot less people would be complaining. 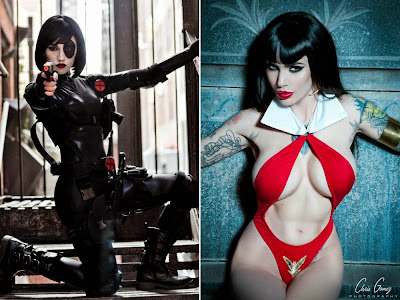 This Steampunk version of Cable's righthand woman Domino, may originate from Pinterest, but it sure makes you wonder why more people don't dress up as the deadeye damsel. Look how effective it is!

While dressing down is usually a good excuse for a few skankies to slip on some red dental floss and say 'Hey, I'm Vampirella!', Micheline Pitt is anything but. As you can see on her website, Micheline was inspired by a J. Scott Campbell image, and tastefully brought the pulp vixen to life with all the force of a stake to the heart. Those eyes are perfect!

Speaking of eyes, all fandom's turned lately, when former Spawn character Angela was announced as a new addition to Marvel's Guardians of The Galaxy. One fan in particular has celebrated the return of the cosmic creation as only a cosplayer can. 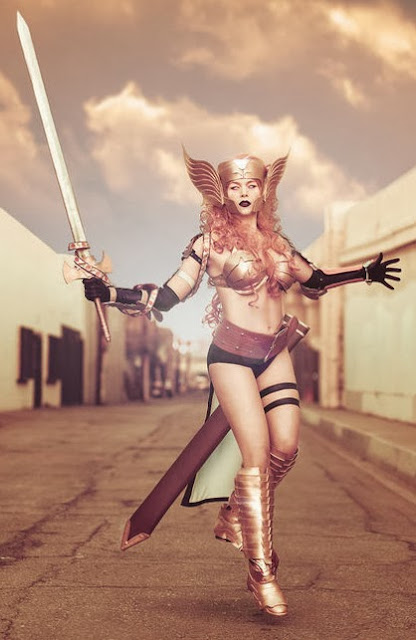 A crop of the original photo, by Miss Sinister Cosplay, it is still a pretty massive example of fan dedication to the cause. And with that sword, low and behold any fan who mistakes her for Lady Sif!