The best non-comic dude of the 80's? Freddy Krueger. I loved the first two Nightmare on Elm Street movies in a way that the surgeon general would never deem healthy, so in compiling this week's cosplay best, I threw a Freddy in. Just like Where's Wally? (or Where's Waldo? if you are in the US / Canada) see if you can find him. 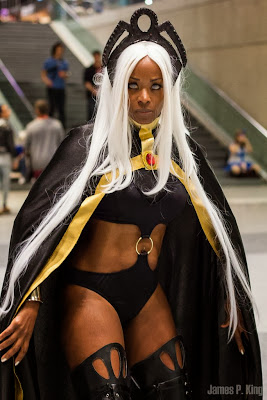 Storm here looks like she's about to unleash all types of lightning and.. well... storms, and I know just how she feels. If I hear one more Christmas Carol in 'mall surround sound', I'm going to hurt someone to.

The problem I think that stops a lot of folk from cosplaying as Hawkman or Hawkgirl, is the wings. Instantly, if you can find a pair, they generally make your costume look a bit naff, before you even start on the mask. One winged wonder who broke the curse is cosplayer Kira Kouture - here she looks ready to take on the armies of the Rann, with or without Hawkman! 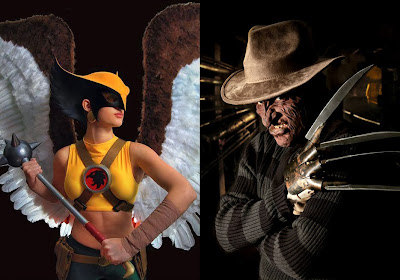 Okay so you found him. Norwegian cosplayer Kim San may spend more time as Jack Sparrow than Freddy, but with claws like those a change in persona would be strongly recommended. All he needs is those haunting skipping girls to walk three blocks ahead of him singing, and this guy would have it sorted. 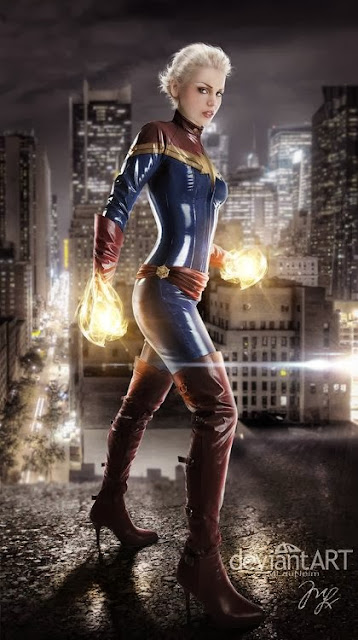 I like my Carol Danvers in the classic Ms Marvel 'thigh high boots and red sash' version and with long hair that would put Beyonce to shame, but if anything was going to make me change my mind on her recent transformation into Captain Marvel, it would be this shot by Maryneim.

Ok so Loki isn't the only one who plays tricks - this is actually digital art, not a cosplay at all, but I felt this was the best way to highlight Maryneim's incredible skills. Face it, even though you now know the picture above isn't a photo, do you still believe it?