Earth's facing annihilation by invading Skrull forces, unless a specially modified Quinjet with six seats can take the fight to them and stop the threat at its source. With those six up to you, who do you pick?

While you debate a roster all day, one client of tattoo artist Matthew J. Hockaday stepped into the chair literally with his six, asking for his arm to be turned into this Marvel vs Skrull masterwork; 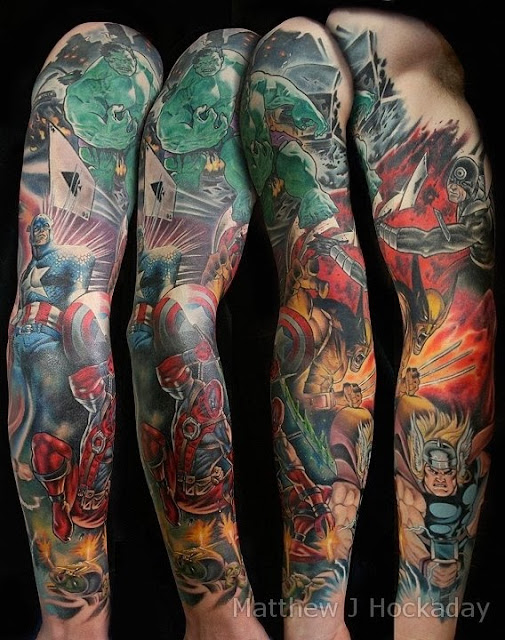 You did click to enlarge, didn't you? Hulk, Bullseye, Captain America, Wolverine, Deadpool and Thor may be this guy's selected 'Earth's Mightiest', yet they are only half as stunning as the end product.

Wolverine is based off art by the late Michael Turner, Deadpool by Rob Liefeld and Thor is off cover art by Ed McGuinness, but the Skrull faces at the bottom and the art of the others are new to me.

Now imagine this on the same body as the Marvel leg tattoo sleeve I featured here, of which Thor was also a part!