SWEET AS: The Best From Dark Horse Comics' February 2014 Solicitations

When we Kiwis find something we like, we say it's 'Sweet as'. From a new Tomb Raider series written by Gail Simone, to Darth Vader's nightmares, when I look at the best and new releases from Dark Horse for February 2014, these make the 'Sweet As' grade:

COVER OF THE MONTH:  MICHAEL ATIYEH
STAR WARS: DARTH VADER AND THE CRY OF SHADOWS #3 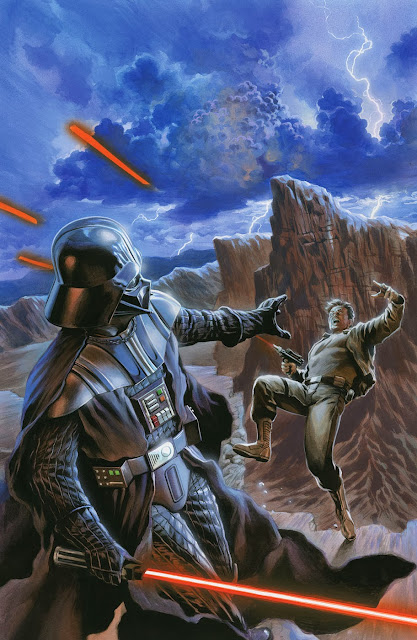 Did Vader push the dude with Sith powers or is he choking him with them? You can never tell with Darth's hand gestures, one could easily mean the other. Well until he start doing gang signs that is. West Side of the Death Star represent.

Dark Horse says: Stormtrooper Hock is exactly where he wants to be - under the command of the galaxy's greatest warrior, Darth Vader! When a mission to assimilate remnant Separatists becomes a disaster, Hock has an opportunity to be something more than a soldier... if he's willing to risk his life to succeed! (W) Tim Siedell (A) Gabriel Guzman 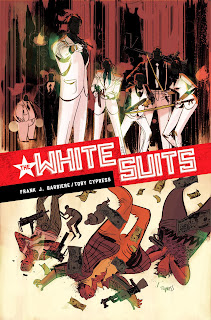 UNDER THE RADAR:
THE WHITE SUITS #1
Mysterious killers dressed in white, they savaged the Cold War Russian underworld -- then disappeared. Now they have resurfaced in New York, leaving a trail of dead mobsters in their wake. Now an amnesiac and an FBI agent search to answer: Who are the White Suits? (W) Frank Barbiere (A) Toby Cypress

THE REGULAR READS
CONAN THE BARBARIAN #25
The final issue of Brian Wood's Queen of the Black Coast! Conan is losing his battle against a creature of dark power. With nothing left to live for, his only hope for survival takes shape in an impossible form! (W) Brian Wood (A) Leandro Fernand. 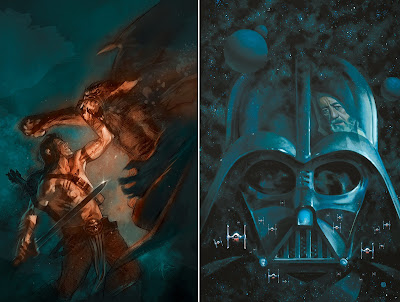 STAR WARS #14
Ben Kenobi haunts Darth Vader's dreams, as the name Skywalker occupies his thoughts. The Rebel victory over his former flagship has exposed spies and incompetence within the Empire, and Vader has decided an off-the-record mission of vengeance is needed to restore his reputation! (W) Brian Wood (A) Facundo Percio 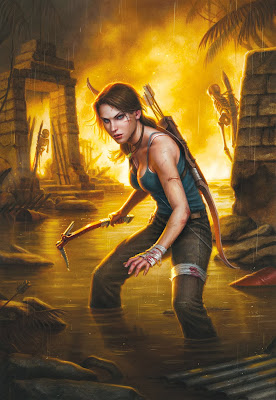 LOBSTER JOHNSON: GET THE LOBSTER #1
A sporting event goes terribly wrong as the ref is killed in front of a live audience by two seemingly bulletproof wrestlers. Who is behind this terror? (W) Mike Mignola (A) John Arcudi 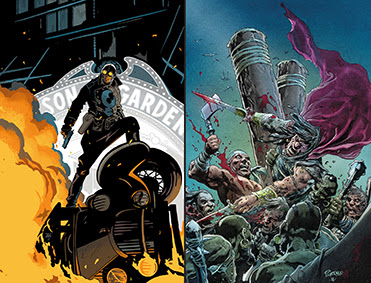 In Messantia, can the fugitive Conan regain his throne? Following a lead to a lost relic, Conan finds that he's not alone in his hunt... (W) Timothy Truman (A) Tomás Giorello

TERMINATOR: ENEMY OF MY ENEMY #1
In 1985, Skynet targets a scientist whose discoveries threaten its future. With no resistance fighter sent back to oppose it, what chance does Elise Fong stand? (W) Dan Jolley (A) Jamal Igle 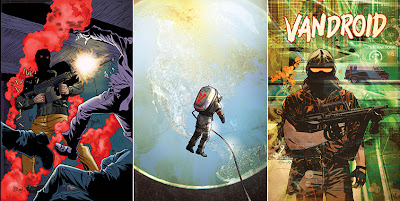 PARIAH #1
Trapped in space, genetically engineered geniuses must create a plan to get back to Earth, before their failing satellite turns into a deathtrap! (W) Aron Warner and Philip Gelatt (A) Brett Weldele