SWEET AS: The Best From DC Comics' February 2014 Solicitations

When we Kiwis find something we like, we say it's 'Sweet as'. From the Metal Men's return in Justice League to the Earth 2 meeting Superman and Batman, when I'm looking at the best and new releases from DC Comics for February 2014, these comics make the 'Sweet As' grade: 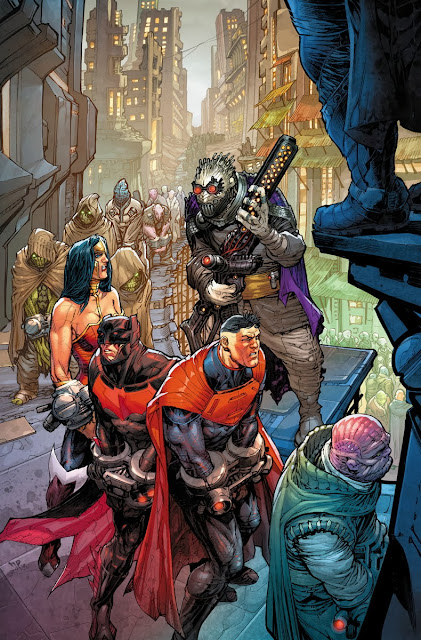 I think my eyes literally jumped out of their sockets when I saw this cover. Howard's always been great before, but if the detail in this cover is any indication, he's light years ahead of himself now.

DC says: The Flash is defeated. Green Lantern is in the clutches of Locus, a psychotic teenaged girl with the powers of God. And Superman, Batman and Wonder Woman have been banished to a planet wide penal colony! (W) Keith Giffen and J.M. DeMatteis (A) Howard Porter. 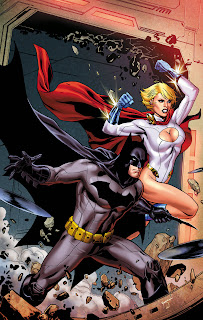 SOUNDS LIKE AWESOME
A crossover between World's Finest and Batman/Superman sees the Earth 2 Huntress and Power Girl meet Superman and Batman of Earth 1! Written by Greg Pak and Paul Levitz, if anyone can put a classic spin on a DC tradition, it's these two!

UNDER THE RADAR:
SUICIDE SQUAD #28
Not only is OMAC back, he's drawn raging across a cover by Steve (The Matrix movies) Skroce! If Steve gets more DC work, look out - he's one reality-bending artist! (W) Matt Kindt (A) Patrick Zircher 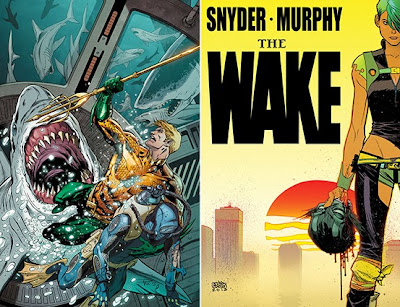 AQUAMAN #28
He's saved a diver from a vicious shark attack -- but he'll soon regret it. His most powerful weapon has been stolen from his care -- and he's never even heard of the man who took it. (W) Jeff Parker (A) Paul Pelletier and Sean Parsons


THE WAKE #6
The story jumps two hundred years into a flooded future where nothing is the same. The second half of The Wake starts here! (W) Scott Snyder (A) Sean Murphy. 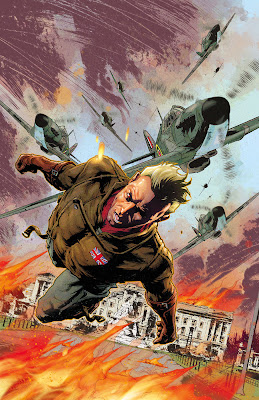 THE ROYALS: MASTERS OF WAR #1
(W) Rob Williams (A) Simon Coleby
Something tells me this will be an incredible book!

As the Blitz destroys 1940's London, the Royal Family looks on. But in this world, the only people with special abilities are Royalty, and the purer the bloodline, the greater their abilities. A truce between the Earth's nobles has kept them out of our wars--until now. When England's Prince Henry can take no more and intervenes, will it stop the planet's suffering or take it to another level?

SUPERMAN: LOIS LANE #1
(W) Marguerite Bennett (A) Emanuela Lupacchino
Lois Lane is known for chasing down stories, but what happens when the story is her family? As her father gains more power in the government, Lois who thought she was rid of the Brainiac's influence, finds him calling out to her again! 48 pages.

What do you think?  For the full list of DC's February 2014 solicitations, click the jump.
Posted by IADW at 6:00 pm