SWEET AS: The Best From Dynamite Entertainment's February 2014 Solicitations

When we Kiwis find something we like, we say it's "Sweet as". From all-new Turok: Dinosaur Hunter to the collections of the earliest appearances of one of Horrors true icons, when I'm looking at the best and new releases from Dynamite Entertainment for February 2014, these picks make the 'Sweet As' grade: 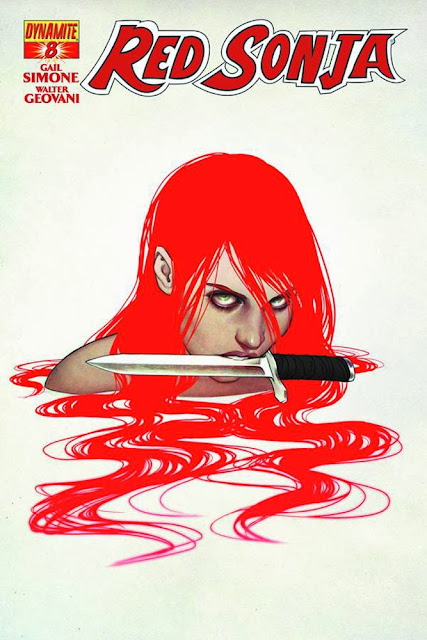 Simple ideas always equal brilliant outcomes well executed, and this cover is no exception. Red Sonja gets a little Wild Things on the cover to her latest issue, and it's not just the warrior woman who is rising.

This issue: The unstoppable warrior is honor-bound to continue on in a king's bizarre quest to find and capture the greatest artisans of the world, whether they want to be found or not! Sonja seeks the finest animal trainer in the world, except he's trained them all for war...
(W) Gail Simone (A) Walter Geovani 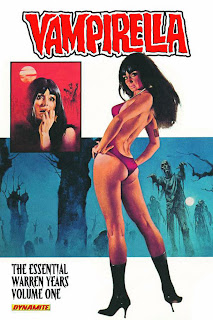 DOC SAVAGE #3
(W) Chris Roberson (A) Bilquis Evely
It is 1961, and Doc is about to unveil his greatest discovery, one which could change the course of history and improve the lives of everyone on Earth. But a madman with an atomic bomb has other plans... 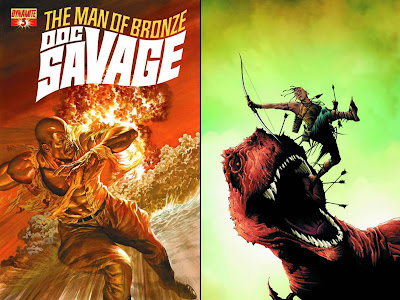 TUROK: DINOSAUR HUNTER #1
(W) Greg Pak (A) Mirko Colak
The Gold Key Universe begins here! Shunned from his tribe, a young Native American named Turok fights to survive in the unforgiving forest. But his hard-won cunning and survival skills face the ultimate test when man-eating Thunder Lizards attack his people! Why are dinosaurs here? How have they survived? And will Turok use his abilities to save a society that's taken everything away from him?

What do you think?  For Dynamite's full February 2014 solicitations, click the jump!
Posted by IADW at 6:00 pm