SWEET AS: The Best From Image Comics' February 2014 Solicitations

When we Kiwis find something we like, we say it's 'Sweet as'. From artist Ian Churchill's The Revenger to the conclusion of Velvet's first arc, when I look at the best and new releases from Image Comics for February 2014, these make the 'Sweet As' grade: 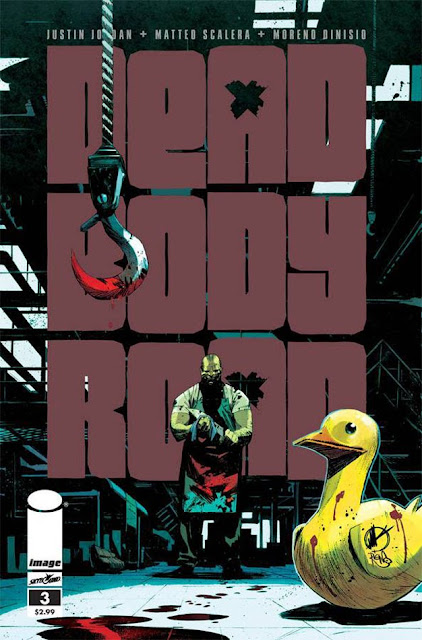 Something tells me that these covers are going to be hard to beat. Sure having a logo that big might pose trouble for many artists to design around, but not Matteo Scalera. You wanna know who is really in trouble. That rubber ducky's owner. Ernie always was the most annoying part of Sesame Street anyway.

Image says: Orson Gage is no good man...but Mr. Cobb and his unique interrogation tactics are even worse. Why is he pursuing Gage? And just how do you remove blood from a motel carpet?d! (W) Justin Jordan (A) Matteo Scalera and Moreno Dinisio 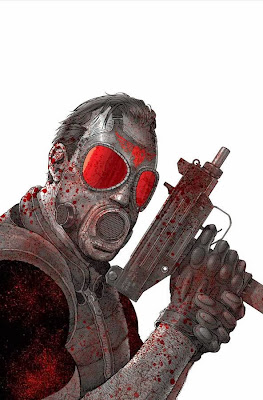 UNDER THE RADAR:
THE REVENGER #1
Griffin Franks was a joke in Hollywood. A washed up action-hero. But now he IS The Revenger. He's a star. His movie's a hit. His latest wife is hot. He finally has everything he wants. Just in time for someone to take it all away. Starting with his face. (W) Jonathan Ross (A) Ian Churchill.

THE REGULAR READS
FATALE #22
The life story of the man-monster called The Bishop. As always, every issue of Fatale includes extras and articles! (W) Ed Brubaker (A) Sean Phillips 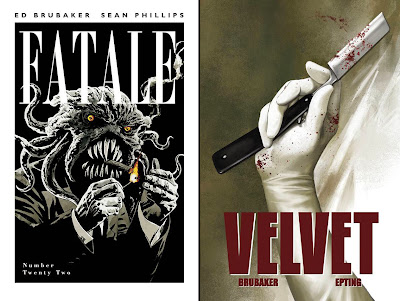 THE FUSE #1
Working homicide 22,000 miles up on an orbiting energy platform, in a five-mile-long jury-rigged steel city stuffed with a half million people, with no help from Earth, is more than tough...it's murder! (W) Antony Johnston (A) Justin Greenwood

ONE HIT WONDER #1
If there was a thin line between reality and fiction, Richie Reese crushed it. From child star to hitman in Hollywood, this is the story of a glorious bastard. (W) Fabrice Sapolsky (A) Ariel Olivetti 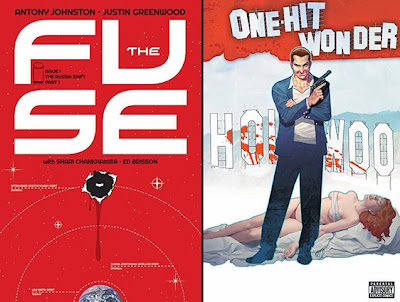 APOCALYPSE AL #1 (of 4)
Alison Carter is a private detective out to stop the end of the world. With an attitude of "shoot first and the hell with the questions," she leads a life filled with monsters, demons, mad prophets, zombie detectives, machine-gun toting imps and dead boyfriends. No ads. (W) J. Michael Straczynski (A) Sid Kotian and Bill Farmer

THE MERCENARY SEA #1
Set in 1938, war in Europe is imminent. Ex-bootlegger Jack Harper captains a refitted German U-Boat, with a crew of expats, mercenaries and treasure hunters. They do whatever it takes to stay afloat, and are always one step away from their greatest score or their certain demise. (W) Kel Symons (A) Mathew Reynolds. 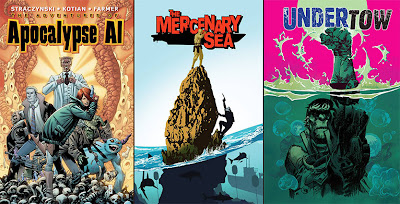 UNDERTOW #1
Atlantis is the world superpower, and if you want to break free, Redum Anshargal can offer you a place at his side, exploring the wild surface world as he hunts the Amphibian, a legend that could be the key to an air-breathing life on land. Until, that is, the hunter becomes the hunted. (W) Steve Orlando (A) Artyom Trakhanov


What do you think?   For the full list of Image Comics' February 2014 solicitations, click the jump.
Posted by IADW at 6:00 am