SWEET AS: The Best From Marvel Comics' February 2014 Solicitations

When we Kiwis find something we like, we say it's 'Sweet as'. From the final issues of Daredevil and Wolverine and The X-Men, to the 12 new series' replacing them, when I look at the best and new releases from Marvel Comics for February 2014, these make the 'Sweet As' grade: 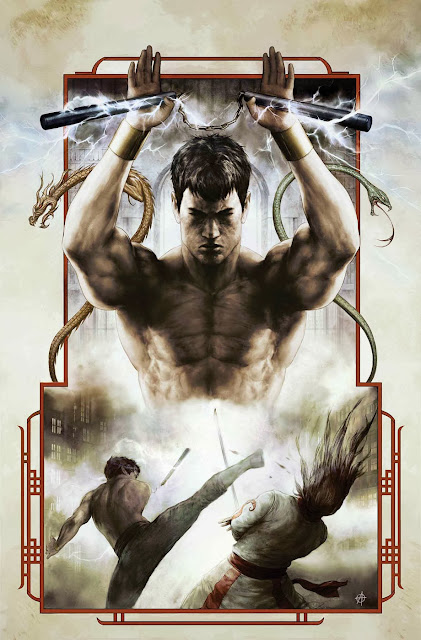 Being the ultimate fan of Master of Kung-Fu artist Mike Zeck, I first thought this image meant Marvel was finally giving Shang-Chi his own series back. Luckily before I went around kissing everyone in celebration I realised it wasn't to be. Okay, so I was actually three people in by the time I realised, but hey, who's counting?

Marvel says: Shang-Chi vs. The Gorgon - a fight to the death for control of The Hand. 20 straight pages of bone-crushing martial arts action, like you've never seen it before. (W) Jonathan Hickman and Nick Spencer (A) Stefano Caselli. 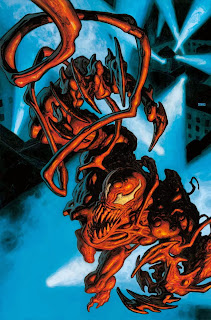 UNDER THE RADAR:
SUPERIOR CARNAGE ANNUAL #1
Cletus Kasady is behind bars and the Carnage symbiote is in quarantine, but it's time to get the band back together! Marvel's deadliest killer returns to form right here. (W) Cullen Bunn (A) Kim Jacinto

SOUNDS LIKE AWESOME
SUPERIOR SPIDER-MAN #27.NOW
Goblin Nation part 1 of 5. The 'Superior Spider-Man' has failed. Under his watch, the Green Goblin took control of New York's underworld. This is all Otto Octavius' fault. Now he must take the Goblin down. The End starts here. (W) Dan Slott (A) Giuseppe Camuncoli 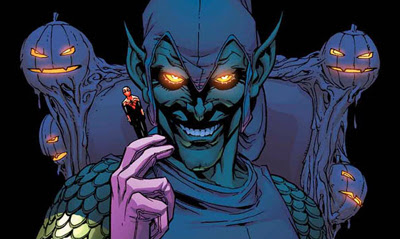 THE REGULAR READS
FANTASTIC FOUR #1
The Fall Of The Fantastic Four Part 1. As the family of cosmic explorers head towards their darkest hour, who could be behind their downfall? And how is one of their oldest enemies, the sadistic dragon known as Fing-Fang-Foom involved? (W) James Robinson (A) Leonard Kirk

NEW WARRIORS #1
Speedball and Justice unite Nova, Sun Girl, Hummingbird and more to stop The High Evolutionary, who has assembled an army to combat the evolution of humanity - Atlantean, Inhuman, clone or other! (W) Christopher Yost (A) Marcus To 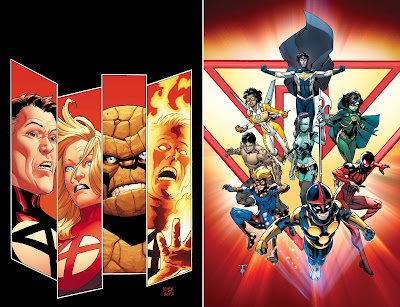 SHE-HULK #1
Jennifer Walters is She-Hulk! Savior of the world on more than one occasion, she's also a killer attorney. But juggling cases and kicking bad guy butt is starting to be a little more complicated than she anticipated. With a new practice and a mounting number of personal enemies, She Hulk might have bitten off a little more than she can chew... (W) Charles Soule (A) Javier Pulido 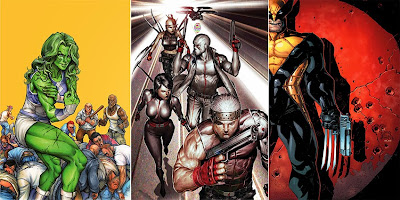 X-FORCE #1
Almost every sovereign state sanctions superhumans to protect national interests. And mutantkind has X-Force. In this dirty, no-holds-barred game of superhuman black ops, Cable and his team will spy, torture, and kill to ensure that the mutant race not only has a place in the world...but also a stake in it. (W) Si Spurrier (A) Rock-He Kim

WOLVERINE #1
After the events of Killable, Wolverine has to rebuild himself, better and stronger than ever, before he can take on Sabretooth again. Turning to other means of revenge when the normal channels don't work fast enough, can he fight back his demons, or is this a new darker Wolverine? (W) Paul Cornell (A) Ryan Stegman 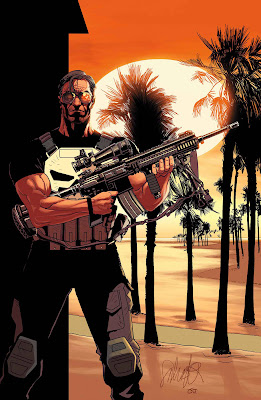 THE PUNISHER #1
With a lead on a major source of drugs, weapons, and more, Frank Castle's now in the City of Angels, looking to give the devil his due. Caught between a posse of Punisher predators and targets of his own one-man-war, Frank's manifest destiny may be a shallow grave!


REVOLUTIONARY WAR: SUPERSOLDIERS #1
Part 5 of Revolutionary War When a vast army of Mys-Tech Psycho Wraiths come calling on a small Scottish town, it's up to the Supersoldiers to put them down for good! (W) Rob Williams (A) Brent Anderson

MS. MARVEL #1
The all-new Ms. Marvel, Kamala Khan is just an ordinary girl from Jersey City--until she's empowered with extraordinary gifts. But who is she? Teenager? Muslim? Inhuman? History in the making is NOW! (W) G. Willow Wilson (A) Adrian Alphona 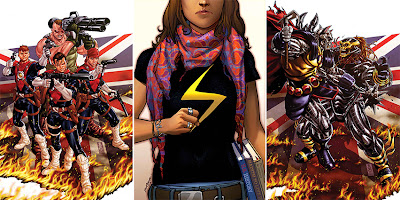 LOKI: AGENT OF ASGARD #1
Old God - New Trickster! As Asgardia's one-man secret service, he's ready to lie, cheat, steal, bluff and snog his way through the twistiest, turniest and most treacherous missions the All-Mother can throw at him... starting with a heist on Avengers Tower - and the death of Thor! (W) Al Ewing (A) Lee Garbett 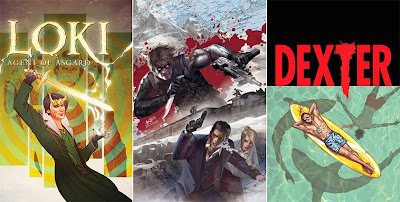 DEXTER DOWN UNDER #1
The serial killer who targets other serial killers, Dexter returns in an all-new, all-Australian adventure written by his creator Jeff Lindsay. (W) Jeff Lindsay (A) Dalibor Talajic

What do you think?  For the full list of Marvel's February 2014 solicitations, click the jump.
Posted by IADW at 8:03 am