While no cosplayer can get changed while spinning like Lynda Carter, results are often just as wonderful. Leaving the usual 'roles' aside for a mo, these fine folk got into the cosplay spirit as some of comics best; 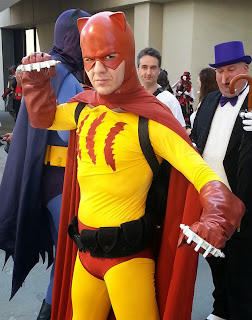 Found on Girls Gone Geek, look at Penguin getting his nose out of joint, that someone can make that much yellow look good.

Meanwhile, Little Timmy turns to his father and asks "Who is Catman Daddy?" "A tonne of awesomeness from a kick-ass comic called Secret Six son." "Why can't I buy it anymore Daddy?" "#$#^%ed if I know Timmy" Ahhh parents, so wise, unless they're drunk.

Moving from a cat with claws to a couple of cosplayers, proving 99% of becoming the character is the way you show it on your face; 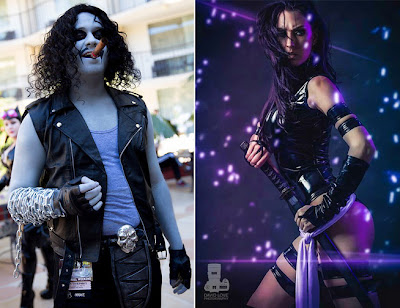 Busted by photographer David Ngo, Lobo looks like he's come up with the right quip to put you down - if his chains don't do the job first! Must be handy dressing as a character that fits in at a KISS concert to huh?

It can be dangerous thinking what the next photo makes you think around a ninja trained telepath! Another hit from David Love Photography, Psylocke looks like she just 'heard' you, and is about to correct your train of thought.

Now for a guy who not only needs more cosplay fans, he just needs more more all round. Ain't that right Marvel? 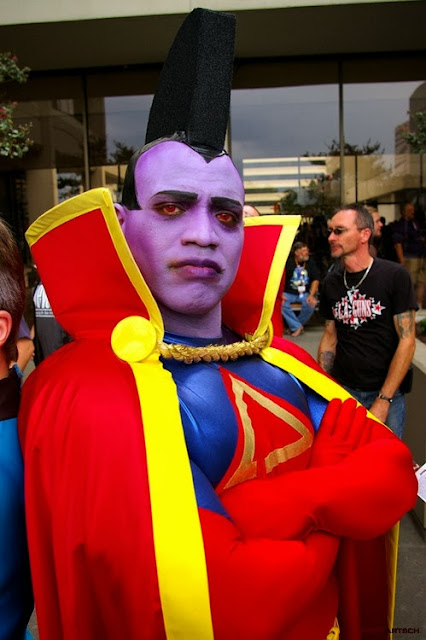 Gladiator has come a long way from being just a 'cosmic mohawked Superman' (although that alone is pretty cool) and this guy gets a bazillion thumbs up (sorry not convertible for cash) for his efforts in bringing the pride of the Shi'ar to life.

Who knows, as Marvel heads to the stars with their movies, they could even bring in the purple powerhouse, although that would be skating pretty close to Fox's X-Men movie rights!

Next week - to spread the Christmas spirit(s), it's a special Cute-Kid-Cosplay edition. Looking forward to it already!