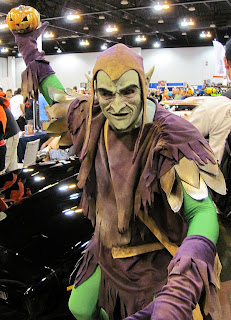 Christmas is on the horizon and all around you, you can feel the odd person or people turning into Grinches. I know I do every time I hear carols, but that's just me. If more were sung with a reggae beat or electric guitar, I'd be more inclined to listen. In comics and cosplay there are Grinches too, and none so famous as The Green Goblin.

Found on GeeksAreSexy, this guy has taken a comic book classic and not only 'become' the character, but added his own flavour to the look of Spider-Man's arch-nemesis!

If Spidey can't stop Norman from wrecking his local 'Con, maybe a harder edge is needed, like Cassandra Cain/Batgirl perhaps? 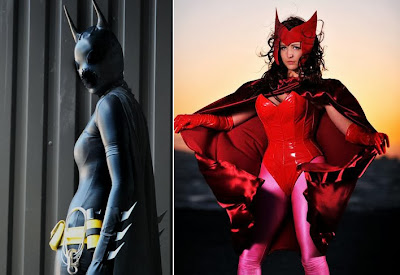 No Mans Land is one of the best Batman-storylines ever, and this faceless Batgirl outfit, first worn by The Huntress, then Ms. Cain is it's best and longest lasting aftershock. From the deviantARTist's Dangerous Ladies, none fit the term better than she.

A few years ago in Marvel world, no lady was more dangerous than the Scarlet Witch. Now that is thankfully behind Magneto's daughter, she stands once again (snapped by tempestphoto.com), conjuring hexes as one of Earth's mightiest! That wind is perfect. From winds to lightning... 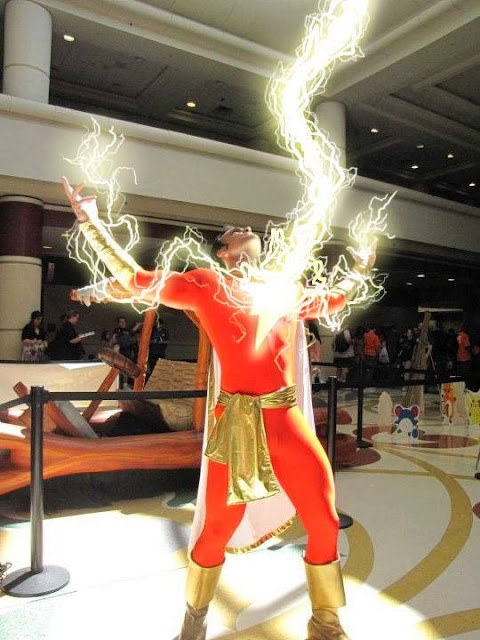 SHAZAM! Now that's how you cosplay Captain Marvel! Supplied by cosplayer Jay Tallsquall himself, this pic shows why he needs to take this show on the road. He's the perfect fit for the World's Mightiest Mortal - he just might have to swap out the Flintstone car for a Honda to do it!