Cosplay is essentially an art form, matured from a kids love of dressing up as their favourite hero or villain. So who better to show adults how it's done than cosplaying children? And if their caregivers are cosplayers too, well that can only help... 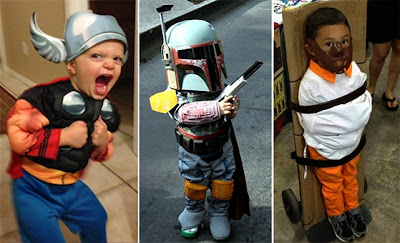 Now Thor may not have his Mjolnir hammer, but crikey he's got the Asgardian lungs! Boba Fett proves becoming the best bounty-hunter in the galaxy starts with being the most unsuspecting, and Hannibal Lector's parents can safely walk the comic con floor, without fearing little Han, will pinch the butt of any passing 'Harley Quinn' he sees. 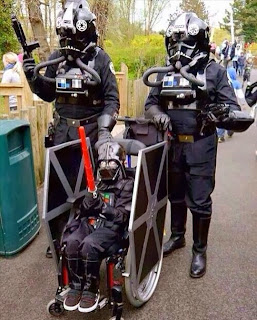 Now this is both insanely cool and clever. Darth Vader flanked by two Tie Fighter pilots and his chair converted into one of the signature Sith attack craft? Try telling this kid he's too late for an Adam Hughes signature!

Below, Kiwi boy / Judge Dredd actor, Karl Urban poses with his youngest fan - one who seems to have the same sized shoulders! Voltron proves Dazzler's not the only one who can bling with the best of them, and Deadpool prays to Dark Phoenix not to allow anyone muttering the term 'New 52 reboot' near his comics.

Now we can't end the final Now Comes The Cosplayer of 2013, without a cossie of one of the hit heroes of the year, namely Green Arrow. 'Git yer hands off my 'nary, stupidhead!' he was heard to cry... 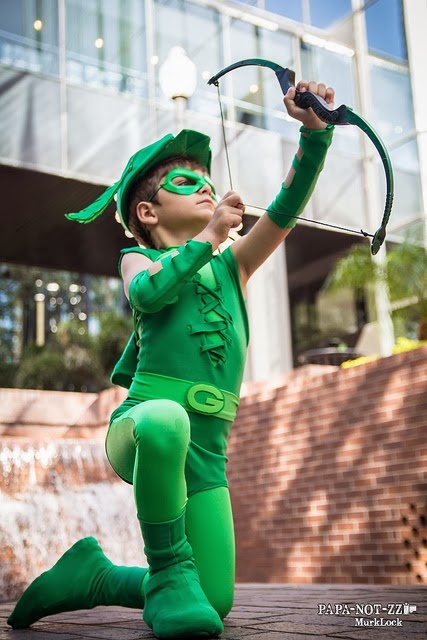