Who is best; Superman or Batman? It's the age old question with the prickly answer, especially if you ask that comic fan who replies 'The question should be 'Who is best; Captain Marvel or Jim Corrigan?' - because DC has other mightiest mortals and dark knights, that are just as great if not better'.

No, that's not what I would say. I'm speaking hypothetically. 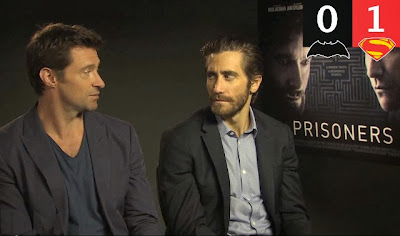 Who tops the vote? Just click play to see.

While Total Film didn't get round to asking me, my answer is Superman. I think Batman is done right more than Superman, so the volume of 'great black caped orphan' in my collection outweighs that of 'great red caped orphan', but when the baby and rocketship collide, the planet always explodes in ways that make you go all tingly. Even when you're an old dude in your thirties.