SWEET AS: The Best From DC Comics' March 2014 Solicitations

When we Kiwis find something we like, we say it's 'Sweet as'. While final issues loom for Animal Man, Talon and Batman: The Dark Knight, Paul Dini takes on Black Canary and Zatanna, and the Suicide Squad's Wall gets her own one-shot! So when I'm looking at the best releases from DC Comics for March 2014, these hits make the 'Sweet As' grade:

Everytime I see an American Vampire cover, it always looks like a modern version of those old split Tales To Astonish covers, and that's awesome in any man's language. Add to that, it's a freakin' hot book and forget it, it's an all-day pass to stoked-n-happy-land.

DC says: The Eisner Award-winner is back! The bloodsoaked opus hits the '60s! Pearl Jones is a new kind of 'American' vampire, one that can walk in the sun, and she’s hiding from a tragic past. Skinner Sweet is an American vamp too – the kind you love to hate. He’s Pearl’s maker, but he’s off in Mexico with an agenda of his own…

Will their two stories collide, or stay separated forever? And who is this new villain, bloodier and more evil than anything either have seen before? (W) Scott Snyder (A) Rafael Albuquerque MATURE READERS

SUPERMAN/WONDER WOMAN #6 Forget the issue's bio, it's Zod vs Superman, then a main event of Wonder Woman vs Faora! The catfight along time coming is finally on it's way! (W) Charles Soule (A) Tony S Daniel and Batt

THE WAKE #7 200 years in the future, things aren't looking good for mankind. But a mysterious call from the deep could change everything. Mature Readers (W) Scott Snyder (A) Sean Murphy 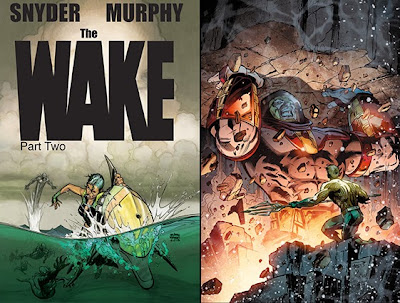 AQUAMAN #29 It’s all-out action as Aquaman feels the wrath of Atlas! And the environmental havoc seen in the pages of Swamp Thing may put Arthur on a collision course with a certain Avatar of the Green! (W) Jeff Parker (A) Paul Pelletier and Sean Parsons 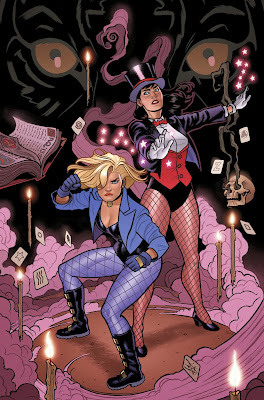 BLACK CANARY AND ZATANNA: BLOODSPELL HC #1 An original graphic novel! A year ago, Black Canary infiltrated a gang of criminals set to pull a dangerous casino heist. Its leader went to her death, rather than face capture, vowing to get revenge! Now, one year later, death stalks the gang and Canary must turn to Zatanna for help. Also includes a sketchbook section. (W) Paul Dini (A) Joe Quinones

SUICIDE SQUAD: AMANDA WALLER #1 As head of both Suicide Squad and A.R.G.U.S., Amanda Waller has made a lot of enemies over the years. And now, without either of those groups at her disposal, one of those enemies has come to kill her! 48 pages. (W) Jim Zub (A) Andre Coelho