SWEET AS: The Best From Dynamite Entertainment's March 2014 Solicitations

When we Kiwis find something we like, we say it's "Sweet as". From all-new Magnus Robot Fighter to a new 'season' of TV's The Six Million Dollar Man, when I'm looking at the best releases from Dynamite Entertainment for March 2014, these make the 'Sweet As' grade:

COVER OF THE MONTH:  LUCIO PARRILLO

ASH AND THE ARMY OF DARKNESS #5 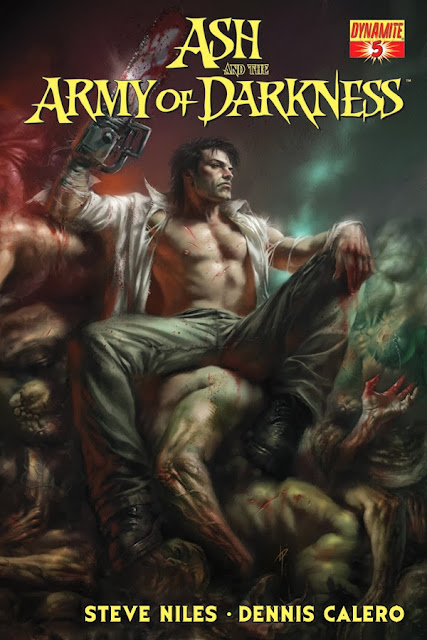 Last night I saw one of the most horrific chainsaw horror films ever, I Didn't Come Here To Die. Infact I thought I'd never be able to see another chainsaw again without bringing up my lunch. At least I know brilliantly painted bloody chainsaws are still okay. What a relief.

This issue: Everything comes to a head as Ash and Sheila fight their way out of the Dark Wood. The Deadites, under the leadership of the possessed Wiseman, have grown an army twice the size they had before and this time they are determined to destroy Arthur's castle and retrieve the Book of the Dead once and for all. 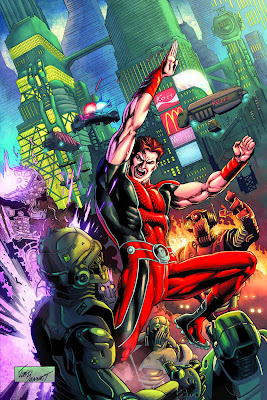 SOUNDS LIKE AWESOME
MAGNUS: ROBOT FIGHTER #1 (W) Fred Van Lente (A) Cory Smith The Gold Key Universe expands! In the blink of an eye, young martial artist Magnus has everything taken from him...his father, his wife, his entire life. Suddenly thrust into a futuristic world he doesn't understand, populated by humans and robots living together in oppression, can he fight to get his life back - and once he learns who he truly is, will he want to?

DOC SAVAGE #3 (W) Chris Roberson (A) Bilquis Evely When an experimental drilling technique threatens to set the world's largest oil fields ablaze, Doc Savage is the only one who can prevent an environmental catastrophe and worldwide economic crisis. 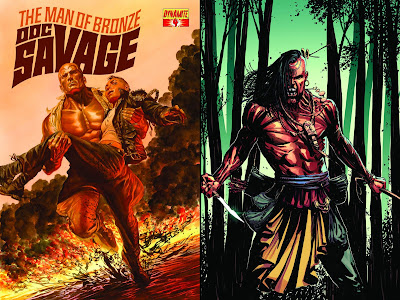 TUROK: DINOSAUR HUNTER #2 (W) Greg Pak (A) Mirko Colak. The Gold Key Universe continues! It is 1210 AD and destructive invaders, both reptilian and human, have ravaged Turok's land. Will the outcast defend the tribe that shunned him, or side with the freakish warriors? 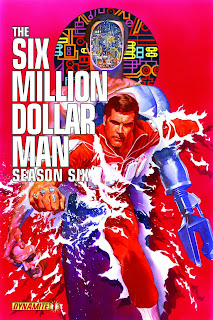 Steve Austin was barely alive until the OSI turned him into the world's first Bionic Man. But a rogue faction is creating a new, completely obedient, robotic agent. Can a soulless machine make Steve obsolete?

What do you think?  For Dynamite's full March 2014 solicitations, click the jump!
Posted by IADW at 8:00 am