SWEET AS: The Best From Image Comics' March 2014 Solicitations

When we Kiwis find something we like, we say it's 'Sweet as'. From the launch of Bryan Hitch's Real Heroes, to the launch of the Millarworld Universe, when I look at the best and new releases from Image Comics for March 2014, these books make the 'Sweet As' grade: 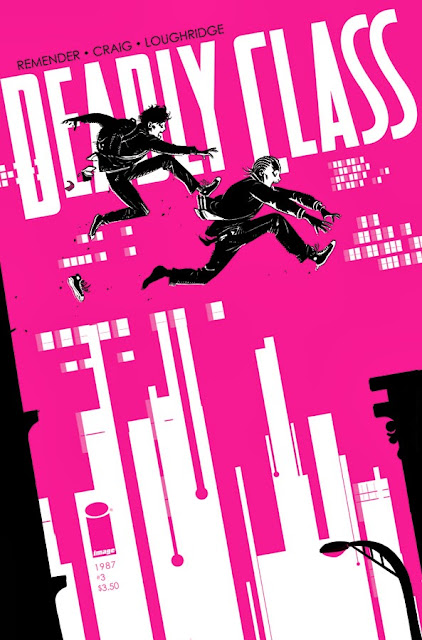 In the 90's we thought fluro colours were behind us, then Apple brought them all back. Now we're using them to make arresting covers, of assassin teens jumping a rifle-like skyline, where even the publisher allows their logo to drop to the bottom third of the cover - now that's crazy!

Image says: Tasked with their first assassination mission, Marcus and Willie roam the sad and lonely streets of San Francisco in the dead of night, stalked by a shadow from Marcus's mysterious past! (W) Rick Remender (A) Wesley Craig and Lee Loughridge 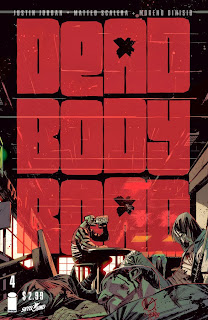 UNDER THE RADAR:
DEAD BODY ROAD #4 Gage has taken one of his wife's murderers captive in the back of his van. In pursuit is a fleet of bikers and other murderous bastards. Are you ready for an interrogation at 100 MPH?! (W) Justin Jordan (A) Matteo Scalera and Moreno Dinisio

THE REGULAR READS
CYBER FORCE #11 The third arc kicks off with the team's realization that CDI is a necessary evil to keep even worse things at bay. (W) Marc Silvestri (A) Marco Turini 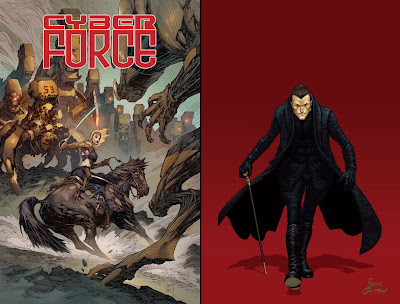 JUPITER'S LEGACY #5 Meet Barnabas Wolfe, a former supervillain with Sherlock Holmesian instincts who hunts heroes for the U.S. government. As Chloe and family live under the radar in Australia, their peaceful lives are about to explode when the authorities find suspicious super-activity down under and send their number one weapon to investigate. (W) Mark Millar (A) Frank Quitely

REAL HEROES #1 The six biggest actors in the world star in The Olympians, the biggest superhero movie franchise in history. Now they are the real worlds only hope... Variant covers by Frank Cho, David Finch and Travis Charest. (W and A) Bryan Hitch 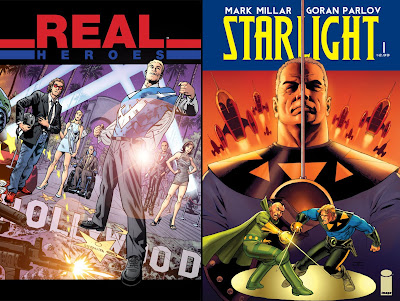 STARLIGHT #1 Forty years ago, Duke McQueen was the hero who saved the universe. But then he got married, had kids, and grew old. Now his children have left and his wife has passed away, leaving him alone with his memories...until a call comes from a distant world asking him back for his final and greatest adventure. Get in on the launch of the Millarworld Universe! (W) Mark Millar (A) Goran Parlov

SOVEREIGN #1 An epic fantasy, set in a world which once knew gods, demons, and magic, and to which all three are returning. It's the story of masked undertakers facing the undead with swords, of civil wars and cultures in collision, of ancient threats emerging from the ashes of history to menace the future. (W) Chris Roberson (A) Paul Maybury 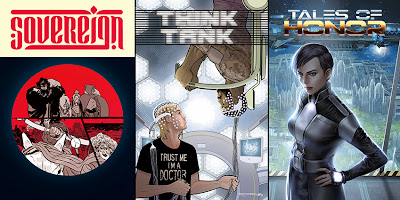 THINK TANK: FUN WITH PTSD #1 Dr. David Loren tries to help a SEAL team member overcome his PTSD in a story that will make you laugh and cry. Plus Zero G dogs! (W) Matt Hawkins (A) Rahsan Ekedal

TALES OF HONOR #1 The Honorverse expands to comics! Based on the bestselling military science-fiction novels by David Weber, this original comic book series introduces spaceship captain Honor Harrington on the eve of her execution. Relaying her adventure on a command outpost in an interstellar crisis that will bring war to her home planet. (W) Matt Hawkins (A) Jung-Geun Yoon

What do you think?   For the full list of Image Comics' March 2014 solicitations, click the jump.
Posted by IADW at 11:45 pm