SWEET AS: The Best From Marvel Comics' March 2014 Solicitations

When we Kiwis find something we like, we say it's 'Sweet as'. From new Moon Knight and Daredevil books, to a revamped Magneto, when I look at the best and new releases from Marvel Comics for March 2014, these make the 'Sweet As' grade: 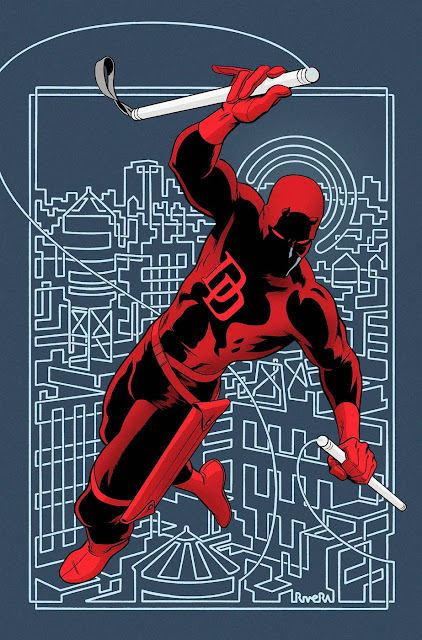 When Marvel editors say 'Rivera's doing a variant', all others may as well dose their canvases in gasoline and invite the Human Torch round, for all the good it will do. Last DD series Paolo mastered covers that strongly conveyed the Man Without Fear, and by using his billy cable in ways that would make Joe Q jealous, he does it again!

Marvel says: Join Marvel's fearless hero as he begins his most awe-inspiring adventure yet in the sunny city of San Francisco! Big changes are in store for Matt Murdock as old haunts and familiar faces rise to give the devil his due. (W) Mark Waid (A) Chris Samnee 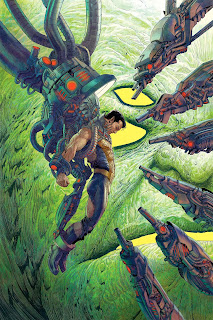 UNDER THE RADAR:
ALL-NEW INVADERS #3 I pick this book to rock 2014! The plans are drawn, the task is clear - to save their Namor, the remaining Invaders must invade Hala, the Kree homeworld! But how does Aarkus, the original Vision, figure into this strategy? (W) James Robinson (A) Steve Pugh

SOUNDS LIKE AWESOME
MAGNETO #1 Magneto is no longer the man he once was. Erik Lehnsherr has become one more pawn in another man's war, but now he is determined to fight the war for mutantkind's survival on his own terms and show the world exactly why it should tremble at the sound of his name. (W) Cullen Bunn (A) Gabriel Hernandez Walta 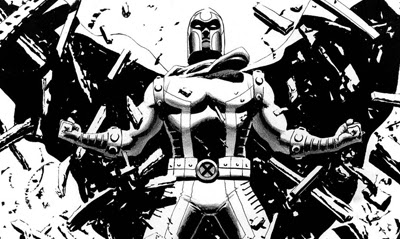 THE REGULAR READS
NEW WARRIORS #2 The Evolutionaries are on the war path! If it's not human, it DIES. As the New Warriors come together, what does the High Evolutionary want with Nova? (W) Christopher Yost (A) Marcus To

FANTASTIC FOUR #2 The Fall Of The Fantastic Four Part 2. Manhattan is under attack by a monstrous killer swarm from a corrupted pocket universe, and to defeat it one of the family must make a terrible sacrifice! (W) James Robinson (A) Leonard Kirk 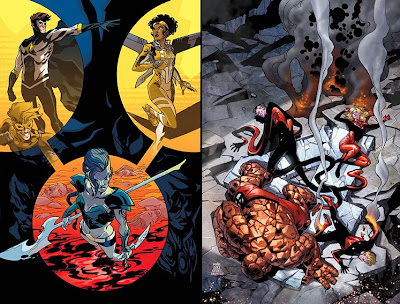 SILVER SURFER #1 The universe is big. Bigger than you could ever imagine. And the Silver Surfer is about to discover that the best way to see it... is with someone else. Meet the Earth Girl who's challenged the Surfer to go beyond the boundaries of the known, into the strange, new, and the utterly fantastic! (W) Dan Slott (A) Michael Allred 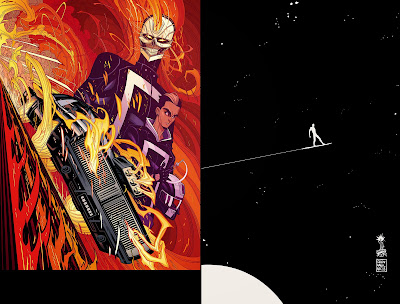 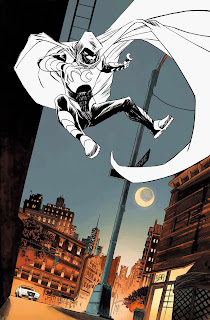 MOON KNIGHT #1 Marc Spector is Moon Knight!...Or is he? New York's wildest vigilante protects the streets with two-fisted justice and three different personalities! But even with the mystical force of Khonshu fueling his crusade, how does the night's greatest detective save a city that's as twisted as he is? The road to victory is going to hurt. A lot. (W) Warren Ellis (A) Declan Shalvey.

REVOLUTIONARY WAR: WARHEADS #1 Colonel Liger, formerly of the evil organization Mys-Tech, has started working as an agent of MI:13, Mys-Tech's rival agency. Now he has just discovered his old team, The Warheads, are still alive and nothing's going to stop him from finding them. (W) Andy Lanning and Alan Cowsill (A) Gary Erskine

REVOLUTIONARY WAR: MOTORMOUTH #1 When Mys-Tech returns and threatens the safety of Great Britain, MI:13 need to try to convince mother of two, Motormouth, to come out of retirement! (W) Glenn Dakin (A) Ronan Cliquet

IRON PATRIOT #1 Jim Rhodes has quit the Avengers! As Iron Patriot, he's bringing his fight against the bad guys to the home front. But a new villain emerges with a brutal plan that could turn the hero into America's most wanted! (W) Ales Kot (A) Garry Brown 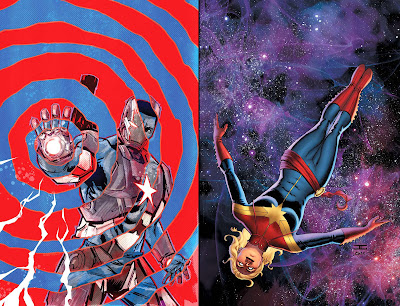 CAPTAIN MARVEL #1
Hero! Pilot! Avenger! As Captain Marvel, a.k.a. Carol Danvers, comes to a crossroads with a new life and new romance, she makes a dramatic decision that will alter the course of her life and the entire Marvel Universe. (W) Kelly Sue De Connick (A) David Lopez

SECRET AVENGERS #1 Save The Empire, Part 1. Are the all-new Secret Avengers going to be the world's most effective secret squad or will their personal issues tear them apart? Russian spa. Helicarrier. Space station. Falling satellites. Three missions kick off at the same time and no one's ready except for the attackers. (W) Ales Kot (A) Michael Walsh 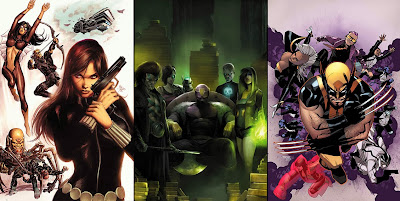 AVENGERS UNDERCOVER #1 Five conflicted young superhumans go rogue and infiltrate the Masters of Evil, planning to bring the Avengers' rivals down from within. But the longer the teens spend undercover, the more they descend into darkness, and the line between good and evil blurs. Will they join the Masters for real, or get exposed and killed? (W) Dennis Hopeless (A) Kev Walker

WOLVERINE AND THE X-MEN #1 Wolverine, Storm, and a star-studded faculty must educate the next generation of all-powerful, but inexperienced mutants! But with their own lives steeped in deadly enemies and personal crises, how can the X-Men guide and educate -- let alone defend -- the school? (W) Jason Latour (A) Mahmud Asrar

What do you think?  For the full list of Marvel's March 2014 solicitations, click the jump.
Posted by IADW at 7:00 am