When we Kiwis find something we like, we say it's 'Sweet as'. With Valiant Entertainment, that's their whole line. That said, here are the books coming your way from Valiant, for March 2014: 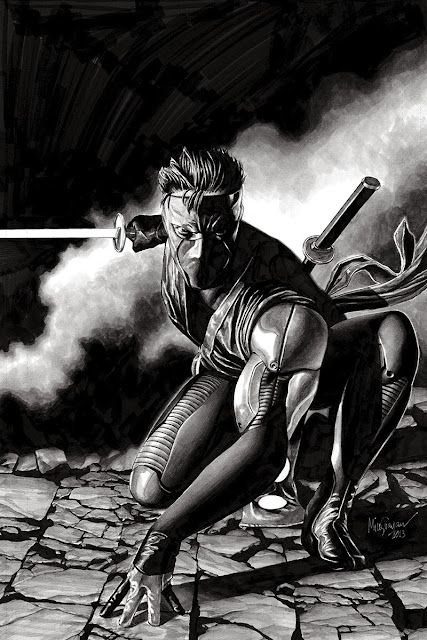 Ninjak looked awesome drawn by Joe Quesada in the old Valiant, but the super stealth now sports the best redesign of the new Valiant line, and while there is a coloured version of Mico's cover available, Valiant sweetly offer it in black and white, to really show off the detail!

Valiant says: Ninjak is leading the newly formed Unity team against the Valiant Universe's next colossal threat -- the enigmatic Dr. Silk and his high-tech terror cell: WEBNET! With the fate of untold millions on the line, can this team of cutthroat heroes uncover Silk's endgame -- and his connection to Ninjak's shadowy past? (W) Matt Kindt (A) CAFU 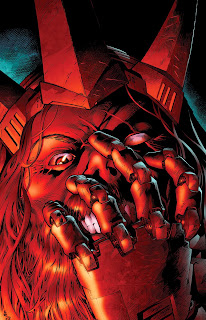 ETERNAL WARRIOR #7 (W) Greg Pak (A) Trevor Hairsine In the year 4001, King Gilad Anni-Padda hoped to leave his days as the Eternal Emperor behind him. But when an unforeseen challenger emerges from Gilad's past, the king must put down his crown and pick up his sword!

THE REST OF VALIANT:

Read more of Valiant's March 2014 solicits here on IADW, by clicking through to the next page. 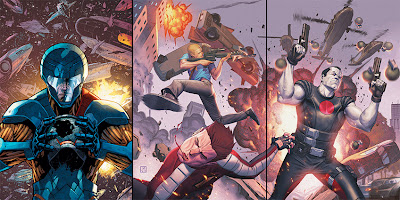 BLOODSHOT AND H.A.R.D. CORPS: H.A.R.D. CORPS #20 Mission: Improbable pt2! Project Rising Spirit has sent Bloodshot and H.A.R.D. Corps after a rogue asset -- an assassin-turned-leader of a global fundamentalist terror sect -- and his immortal bodyguard, aka Archer and Armstrong! (W) Christos Gage and Joshua Dysart (A) Chriscross 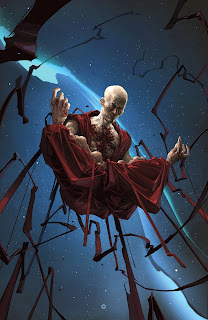 HARBINGER: BLEEDING MONK #0 Toyo Harada's former right hand has been missing for over a year. Now, we reveal the true whereabouts of The Bleeding Monk and uncover the first of many secret revelations to come. (W) Joshua Dysart (A) Khari Evans

SHADOWMAN #16 A great and terrible loa of the Vodun pantheon is at large in the world of men...and its name is Shadowman! The God of Fear is spreading terror through New Orleans, and turning Shadowman loose on his ancient rival, is either humanity's best option...or impending disaster. (W) Peter Milligan (A) Roberto De La Torre 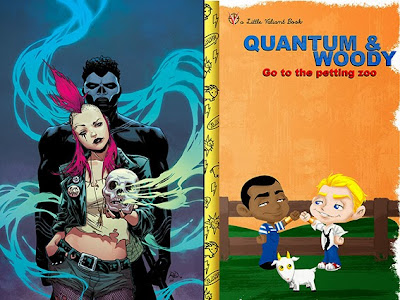 QUANTUM AND WOODY: THE GOAT #0 Are heroes born...or bred? The thrilling and tragic life story of...Vincent Van Goat! Excitement and laughs and all that! Major repercussions for Quantum and Woody! Yes, seriously! (W) James Asmus and Tom Fowler (A) Tom Fowler 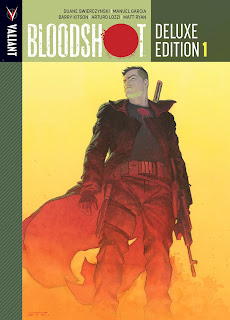 UNITY VOL. 1: TO KILL A KING Collecting Unity #1-4. Harada unites UNITY to kill the threat responsible for the fall of MI-6, an alien world, and the occupation of Eastern Europe... X-O Manowar! (W) Matt Kindt (A) Doug Braithwaite

QUANTUM AND WOODY VOL. 2: IN SECURITY Collecting Quantum and Woody #5-8. What do you do when the most annoying person in your life is also the only thing keeping you alive? You move in with him! And his goat. And his barely legal clone girlfriend. (W) James Asmus (A) Ming Doyle