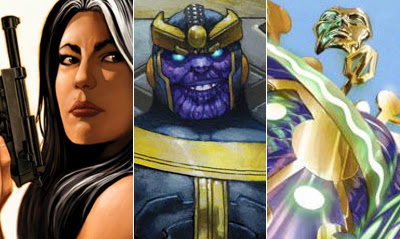 When Thanos and Rocket Raccoon are the top characters in comics gaining momentum, you know the industry is doing something right. Add to this the boom in creator owned concepts hitting the stage, like Brubaker and Epting's Velvet, and the return of Kurt Busiek and Alex Ross in Astro City, and when it comes to quality characters, we as readers and fans, are literally swimming in a sea of them.

3) DEATHSTROKE Sure his own title and Team 7, in which Slade Wilson also starred, both got the can this year, but oddly enough, Deathstroke makes this list because of what is not happening in the pages of DC Comics. In 2013, Warner Bros. 'did a Slade' and used up to 90% of their brain capacity at once, deciding to make serious moves in introducing the anti-hero to a Joe Public, who largely thinks DC villains stop at The Joker, Lex Luthor and Catwoman. 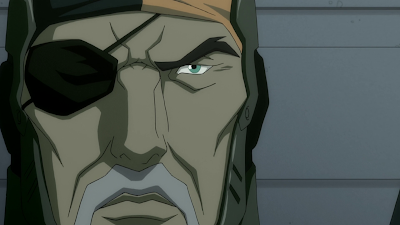 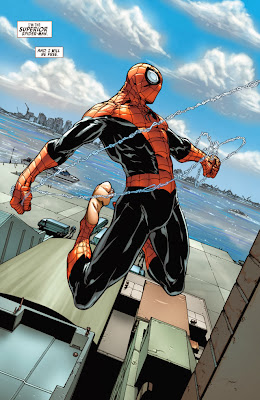 2) SUPERIOR SPIDER-MAN I'll admit, when I first heard Dr Octopus was taking over a 'dead' Peter Parker's body, to fool the world as the 'Superior Spider-Man' for a year or two, I groaned. Now, I'm eating my words a trillion times over, as the former foe turned arachnid avenger has duped heroes, kissed M.J. and more - as Peter's 'ghost' watches from his psyche's sideline.

The concept has not only allowed the creative team to look at the character of Peter Parker in a way they never have before, but to also spend a long overdue amount of time fleshing out Doc Ock, a core spider-rouge too often swept under the carpet post the mid-90's.

He's Arnie mixed with Magneto and while X-O Manowar has shifted gears throughout 2013, he's done it all at full throttle. The linchpin of the new Valiant universe hit the New Year hard with Planet Death. A blockbuster based story-arc that saw the time lost barbarian return the 'ultimate weapon' he wears to it's alien makers - with all guns blazing! 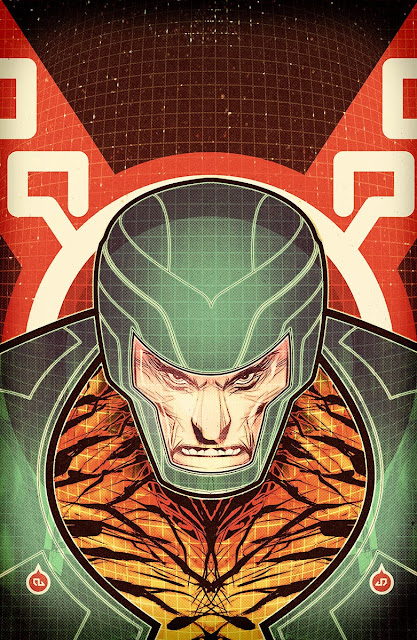 The alien Vine warped his brother in arms into a monster, hunted Aric, and enslaved his people. This was X-O's epic retribution. Hinge on that 'his people' bit though. After rescuing his tribesfolk, Aric sets them up in their own civilisation back on Earth. On land he feels they were robbed of through past conflict - land he now has the power to protect.

That ties in to so many 'real world' hopes, regrets and actions, yet few characters can pull it off as richly as Manowar does here.

Sure it was a famous comic headline that Harada assembled Unity to oppose Aric, but what writer Robert Venditti masters in this book, is showing how scales are different in X-O's eyes. Aric was more shaken by the fact his own people sort to 'buy' their food from a store in limited supply than learn how to cultivate it in enduring masses, then he was by the world's efforts to oppose him.

CHARACTER TO WATCH IN 2014: Outside the 'movie hot' Guardians of the Galaxy, Moon Knight by writer Warren Ellis, holds Marvel's best hopes of stopping fans in their tracks. Otherwise the future has it. Valiant is bringing back Rai, and Spider-Man 2099 may be set for 'bigger' as well, especially with DC moving on Batman Beyond.