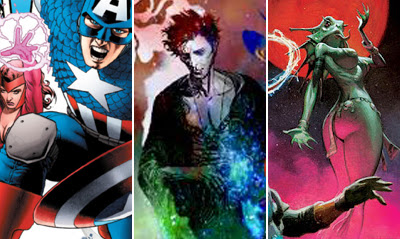 Never have comic fans had so many publishers pumping out top quality content than right now. In 2013 Marvel ruled the roost in marketing, turning news of any size into buzz of 'event' proportions. DC's Vertigo imprint revived after mouth-to-mouth by Sandman: The Overture. Image produced the best line-up in their rich history, and then there was Dynamite, Dark Horse, BOOM!… see? 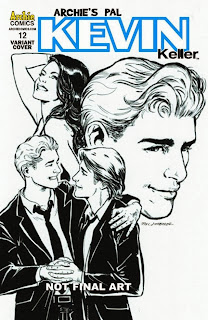 3) ARCHIE COMICS When your company is named after one character who has been around longer than most readers, the challenge becomes keeping things fresh, relevant and unpredictable. In 2013, in the face of outspoken anti-gay protest groups, Archie Comics stood it's ground, with Kevin Keller having his first 'in-comic' kiss, and removing Russia from a story-arc that saw Archie and Josie and The Pussycats tour the globe, due to the countries anti-gay political agenda and human rights abuses.

2) IDW PUBLISHING If there's a publisher that doesn't care about company borders in the efforts to produce great books fans can enjoy, that publisher is IDW. Who would've thought My Little Pony would be a record breaking comic? The sleeper-hit of sleeper-hits was joined by all-new all-ages Cartoon Network titles, and standing where other publishers have fallen, IDW returned Judge Dredd to US audiences, with more 2000AD titles set to follow. 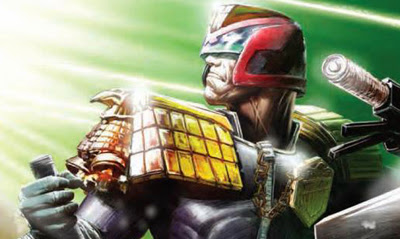 For my top comic publisher of 2013, click through to the next page.

1) VALIANT ENTERTAINMENT
Unity #1 wasn't just the biggest selling issue outside a Previews Premiere publisher, it was the crowning phase one achievement for a company that has rebirthed itself, not with a bang, but an ongoing monthly commitment to reliable quality from reliable talent that can only bring reliable success. 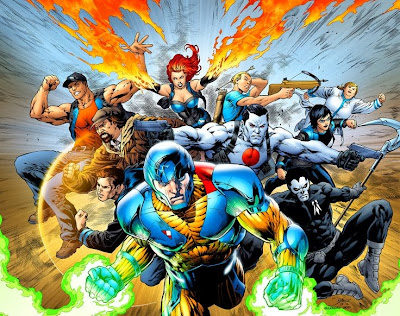 The Harbinger Wars revived much faith in what a well-written crossover event can deliver, yet only tied up a minimalist number of titles, despite the potential for more. A highly interactive Facebook page, 8-bit covers, animations, sport team sponsorships, $1 debut issue reprints, Must Read Valiant jump on points, modestly priced collections and fully refundable issues marked just a few of the continuous efforts made by a publisher not in a hurry to show off how many plates on sticks it can spin at once, but how many it can get up and spinning perfectly, before adding any others. 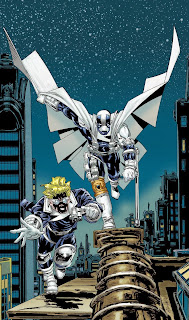 And add it did, as the likes of Barry Kitson, Neal Adams, Bryan Hitch and Bart Sears climbed aboard, Eternal Warrior and Quantum and Woody expanded the Valiant line. Q&W going on to prove the publishers commitment to fan entertainment, by announcing franchise creators Christopher Priest and Mark Bright would return in 2014, with a mini-series set in continuity the new Valiant no longer acknowledges.

With Rai and 'Armour Hunters' teased for 2014, as we move into 'Valiant: Phase 2', you get the feeling these guys are still just getting started.

PUBLISHER TO WATCH IN 2014: The House of Ideas are already painting 2014 'Marvel red', yet my money lands on Image Comics. Since Saga, Walking Dead and Fatale began a new wave of Image greatness, other publishers have tried to climb back into the creator-owned ring to steal their glory. Don't be surprised if in 2014 Image puts a few more nails in the coffin of the efforts of their rivals, especially if founders like Erik Larsen and Marc Silvestri lead the charge.