Jack Kirby leaving Marvel for DC is in hindsight the only thing that can really hold a torch to the hottest artistic talents in the industry leaving Marvel en-masse, to form Image Comics. 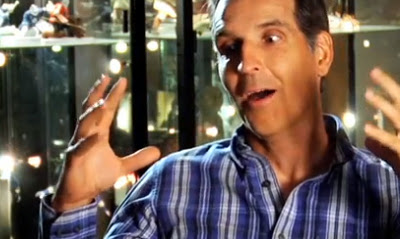 Down in New Zealand, the revolution seemed to come in reverse. Suddenly all these posters and 'hot' new characters appeared drawn by the artists of X-Men, Punisher and Spider-Man, and then came the news these guys were exclusively 'Image Comics' and had declared war on the Big Two, on the grounds of being treated fairly.

It's hard to picture how these "rockstar" created the at-the-time number two publisher in comics virtually overnight, but the behind the scenes is where the colour is, more so than Cyberforce, Savage Dragon or any other tale those actions produced.

With documentary The Image Revolution now available for pre-order from Sequart, a new clip has surfaced from director Patrick Meany, featuring Todd McFarlane, Rob Liefeld and Marc Silvestri revisiting the day they told the Big Two. While the highlight for me is Todd's response to a DC who thought all their Christmas's had come at once, you can watch the whole teaser right here;