YOU WANT HIM? COME AND CLAIM HIM! 200,000 Part LEGO Rivendell Inc Spirit Horses

While the only question I'm interested in at Christmas is 'When's desert?', some folks always look for an opportunity to inflict trivia games upon the unsuspecting masses. Incase this happens to you, here's a question you can use to floor them; 'How many pieces of LEGO does it take to build Rivendell from Lord of The Rings?' Answer: 200,000. Just ask David Frank and Alice Finch. They made this;

That's how you get biceps like Tyson kids, build with LEGO. More detailed than any previous attempt at the Elf kingdom to date, The Brothers Brick have an interview with the pair, where they go behind what it took to make such a marvel, as a follow up to Alice's LEGO Hogwarts - yes, she did that too. 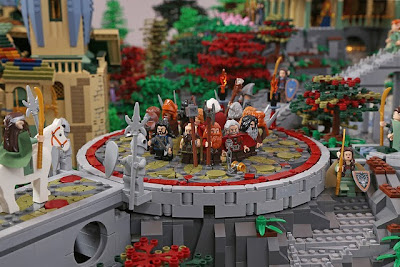 Like comic artist David Finch, Alice Finch loves her detail. From the patterns on the roofs to the foliage to the fact the set lights up at night, what is the standout example? They included the water horses summoned to destroy the dark forces in The Fellowship of The Ring... 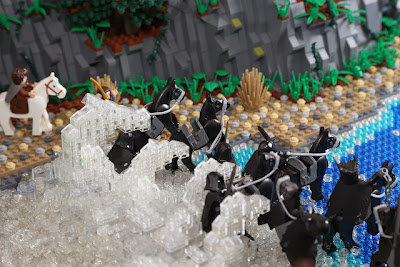 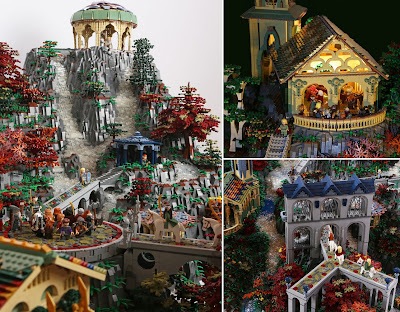 (Sigh) if they just included a Batman LEGO, it would be perfect. To see even more shots and more detail of set pieces you'll never be able to believe the duo thought to include, check out the gallery of photos on Alice's Flickr page.