GET ME THE ORIGINAL NICK FURY! Mike Deodato Jr Lands A Marvel Event, As The Watcher Lies Murdered In Original Sin

The last time I saw Uatu The Watcher die, it was in a cosmic war between his kin and the Celestials, in Fantastic Four #400. This time around, Marvel is playing things a little closer to earth in the upcoming Original Sin event. Therein, the original and unbeaten Nick Fury assembles a team to find out the 'whodunnit' of Uatu's murder, and to stop all the secrets Uatu has observed - all the secrets you and I have never known - from being made public.

Oh yeah, Nick's also got a Steranko-ish flying car that can drive to the moon. 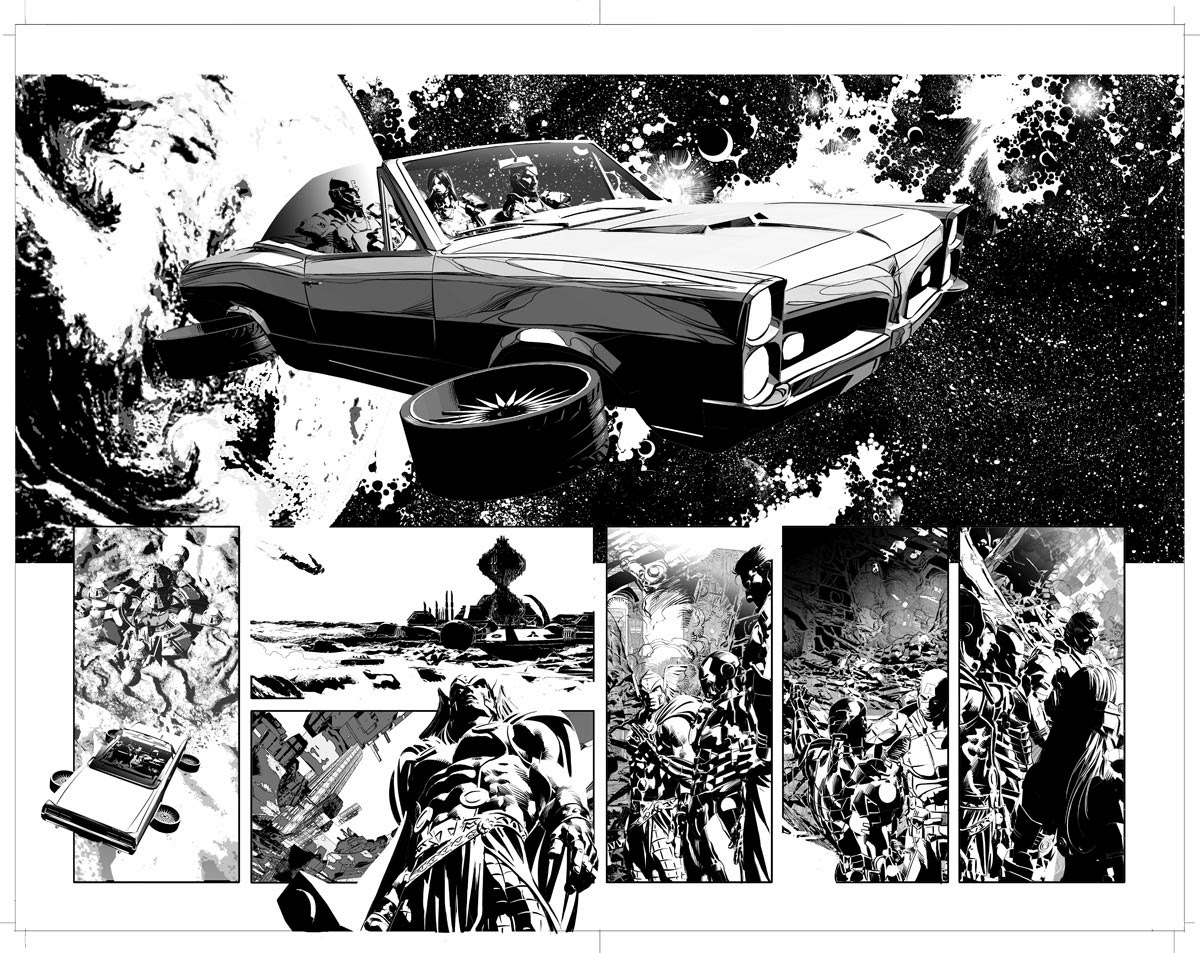 That last group is a perfect fit for event artist Mike Deodato Jr, who will shade the twists of Original Sin with his trademark detail and style. This move is as much of a kick as getting the former S.H.I.E.L.D. head honcho back in the driver's seat. Mike has organically grown his style in front of fans over the years, from Wonder Woman to Elektra to Dark Avengers, and no one is more suited to or earned this 'event' more than he.

With a prelude in April, by Mark Waid and Jim Cheung, designed to catch readers up to date, Original Sin will launch this May, written by Jason Aaron, to become eight issues over four months, according to U.S.A Today.