HOW THE PROS DO IT: The Timelapse Vid Of Felipe Massafera Creating His X-Men: Days Of Future Past Homage 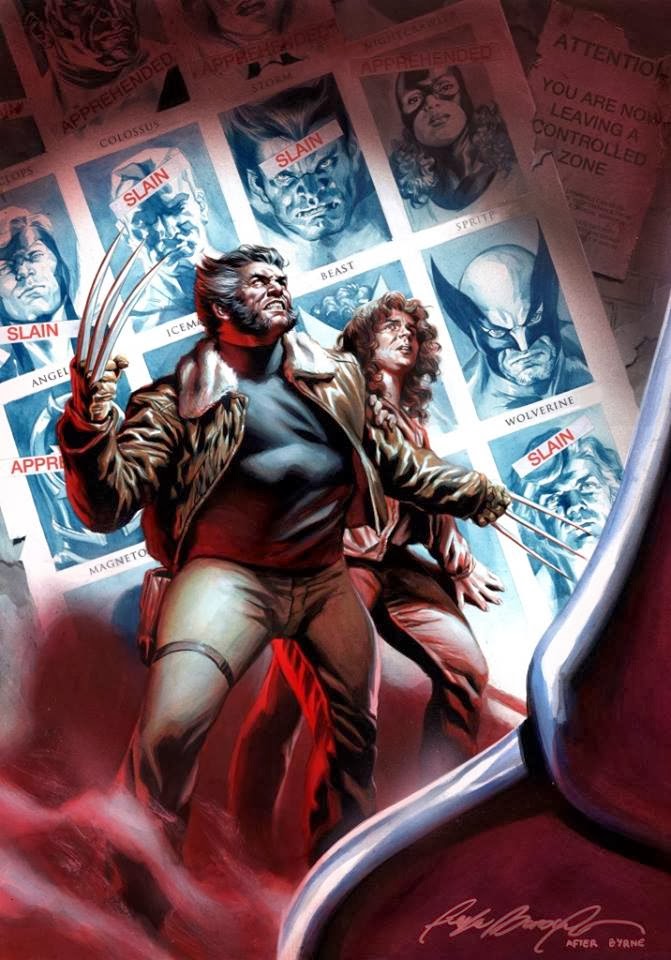 After yesterday's mammoth cover reveal by Empire Magazine, even your Gran is talking about upcoming movie X-Men: Days of Future Past. One of the top X-storylines ever sprouted from just a couple of issues. These days it'd be a multi-title crossing, book-launching, tie-in creating, revamping, multi-media, USA Today reveal exclusive monster, but back in the 80's the press came from mainly two things; John Byrne's iconic cover yelling to be picked up off the racks, and the word of mouth it generated.

Of the covers, the one that seems emblazoned on everyone's mind is the visual of Wolverine and Shadowcat with their backs to a wall of wanted posters, outlaying the fates of their fellow X-Men.

While it's hard to believe Beast ever brought it, no matter who draws the image, painter, Felipe Massafera has taken his amazing talents and produced this homage to the icon and his iconic work. Not only that, Felipe has produced a timelapse video of the art's creation, that gives you a 2 minute insight into his processes and through the books around his art-desk, his idols. Heck, Bryne's original is on his screen as he works!

Click play below and watch the master in action.

Labels: Days of Future Past, Felipe Massafera, How The Pros Do It, How To Draw, Painting, Shadowcat, Wolverine, X-Men