Image Comics have the right idea. Create your own Con, gather your own fans and own all the resulting Con headlines. With two of the best reads in comics right now being their Saga and Lazarus, Image Comics is booming in ways other publishers can only dream - especially fan numbers. Today's Image Expo only poured liquid fertiliser on that growth, with the news creators such as Scott Snyder and Jock are joining the creator-owned gang. 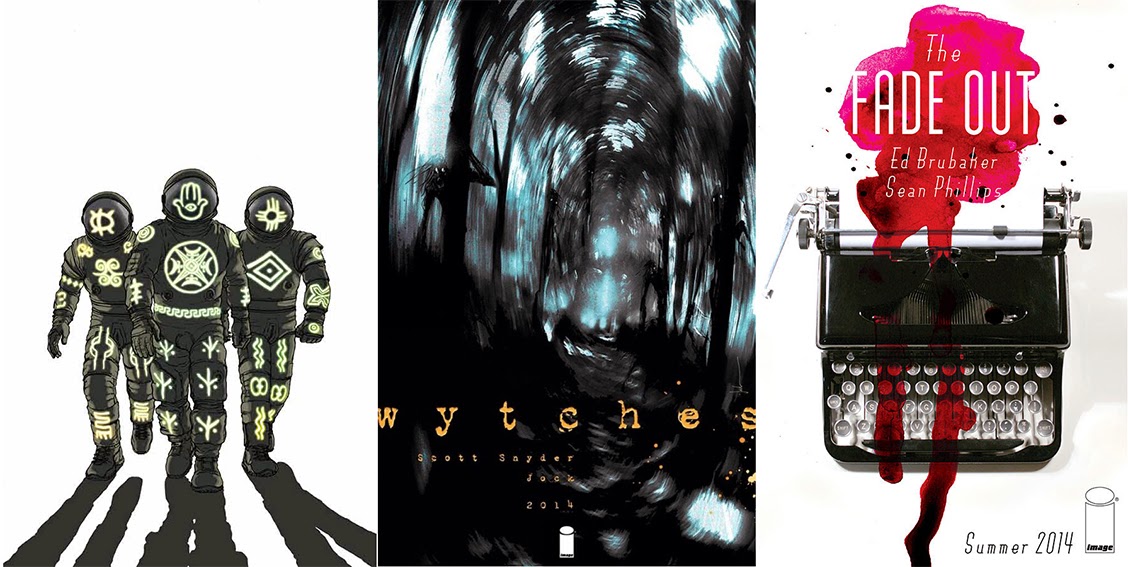 Publisher Eric Stephenson opened by appealing to fans who seek "more than just the same stale superhero events" and having talked the talk, here are the upcoming books and projects showing Image is more serious than ever before about walking the walk, all the way to Publisher #1.

ED BRUBAKER / SEAN PHILLIPS: The creative duo have signed a five-year deal with Image, where Fatale will wrap with issue #24. An all new project; THE FADE OUT follows in summer, set in the 40's in the Criminal vein. The latter and Incognito will also move from Marvel to Image.

C.O.W.L. (May) Kyle Higgins / Alec Siegel / Rod Reis: The Chicago Organized Workers League sees the 60's superhero labor union takedown the last of the great villains and ask 'What now?' THE WICKED AND THE DIVINE: Kieron Gillen / Jamie McKelvie: Pop stars as Gods or are Gods back as Pop Stars

INVINCIBLE #111 Robert Kirkman / Ryan Ottley: The volume of horror and misery increases along with the scale, in this landmark issue of Invincible. OUTCAST (June) Robert Kirkman / Paul Azaceta: This horror comic will debut with 40 pages for $2.99.

RESTORATION (Fall) Bill Willingham / Barry Kitson: A vault containing all the magical entities ever captured ruptures, releasing them back into the 'real world' of today.
8 HOUSE Brandon Graham / Marian Churchland / Emma Rios: A fantasy where eight magical houses at war control everything.

AIRBOY James Robinson / Greg Hinkle: A "semi-autobiographical" story about the pair's attempt to revive the public domain Golden Age character, and the Fear and Loathing in Las Vegas-ish adventures that resulted.

SHUTTER (April) Joe Keating / Leila Del Duca: Kate Christopher, leads a life in the family tradition; adventure. NAILBITER: (May) Joshua Williamson / Mike Henderson: Police investigate why a small town in Oregon serves as the hometown of 16 of the worst serial killers known, as they hunt one of them; Edward Charles Warren. THE SUPERANNUATED MAN (June) Jim Valentino / Ted McKeever. 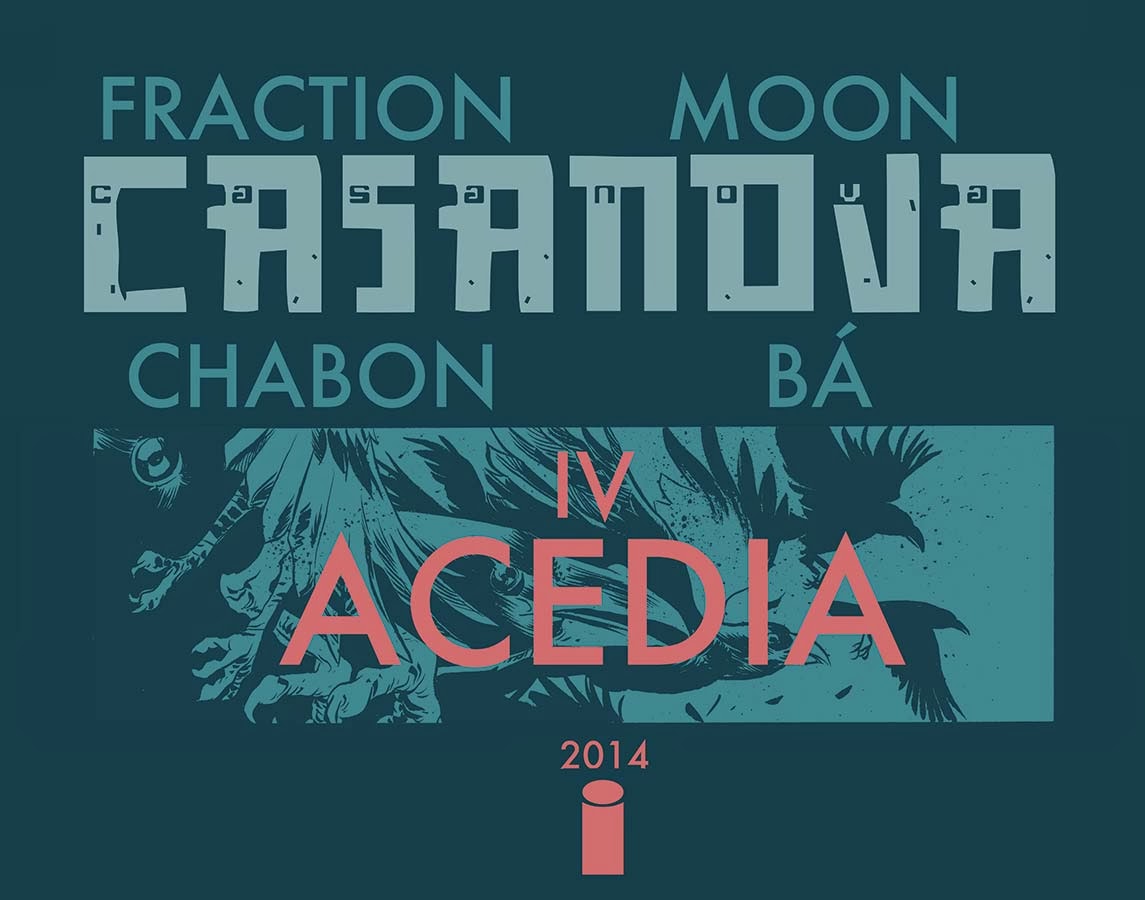 BITCH PLANET: (summer/fall) Kelly Sue DeConnick / Valentine De Landro: A homage to exploitation and women in prison movies of the 60's and 70's,  DeConnick plans to play up what she loved about the genre, while also confronting what made her uncomfortable about it.

GREAT BEYOND Nick Spencer / Morgan Jeske: Where your post-life is dependant on your lifetime bank balance. PARADIGMS Nick Spencer / Butch Guice: "Belief Is a Weapon" A fantasy modern-day spy thriller exploring clans after the approval of Gods. CERULEAN Nick Spencer / Frazer Irving: The last survivors of Earth upload their minds to reach an inhabitable planet.