Making A Mark gives an insanely talented artist some IADW brag-space. Today goes to one Andy Timm, an American artist / sculptor whose art is as beutiful, deep and shiny, it's as if you were staring into the Infinity Gems themselves. Remember to click to enlarge!

Inspired by the tales of a friend relating how Thanos is in love with Death and his origins, Andy created this 'sketch' of the mad titan, Infinity Gauntlet at the ready! Check out the relflection on Thanos's face - if any piece of art on this site uses every caryola in the box, it is this one!

Personally, I'm not usually a fan of the whole 'Wolverine's playing poker' style of fan-art, but there's something about this Bane vs Venom piece that sets it apart from the rest. I almost expect a second frame, where in an attempt to put Bane off his game, Eddie opens the symbiote's face up and smirks at his rival from deep inside. 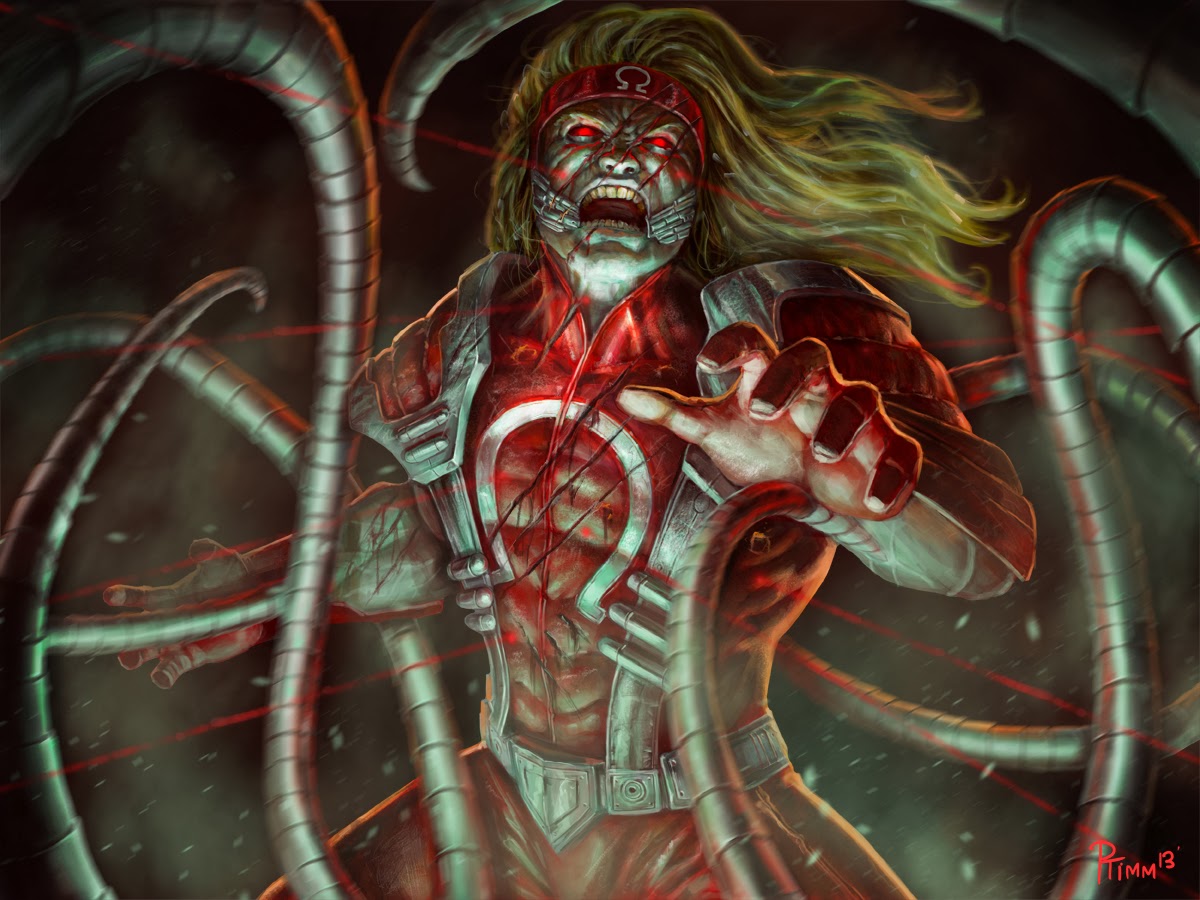 Carbonadium coils may not be as flashy as jewels, but writhing wildly they seem just as formidable in this Omega Red piece! While Andy describes the shot as 'Red Rum' in a nod to both Omega's name, homeland, and Stephen King's The Shining, this Russian of mass destruction is almost 3D. The red and green restricted colour palette make things as chaotic as they do sinister, and just look at those claw marks! Their depth and number tells you who he is facing, without having the mutant hairball interfer with giving Red his props.

What do you think?  To see Andy's full artistic gallery click here.
Posted by IADW at 8:00 am