Making A Mark gives an insanely talented artist some IADW brag-space. Today goes to one of comics most enduring and unsung cover artists, John Watson. Just as Alex Ross was taking off, it was Watson's Spider-Man vs Green Goblin I thought everyone should be looking at. A few years down the road he did some of the most eye-catching Hawkman covers ever, and what do you know even more in between and after. Check these out;

Even now that Norman Osborn vs Peter Parker image kicks some major tail. It may be one of comics most enduring conflicts (and about to return of sorts this year), but John really makes the duo seem 'real'. Done just prior to the first Rami Spider-Man movie, with its 'warsuit' Green Goblin, this was the image I would use to show the original costume worked fine as is.

It can be hard picking just a handful of great images from Watson's portfolio. Not only has he worked on a variety of projects, he is a fellow fan of The Legion of Super-Heroes and every shot is a stunner. With The Invaders vs Red Skull it's details like the heavy duty look of Cap's shield and the inferno coloured skies that prove my point. 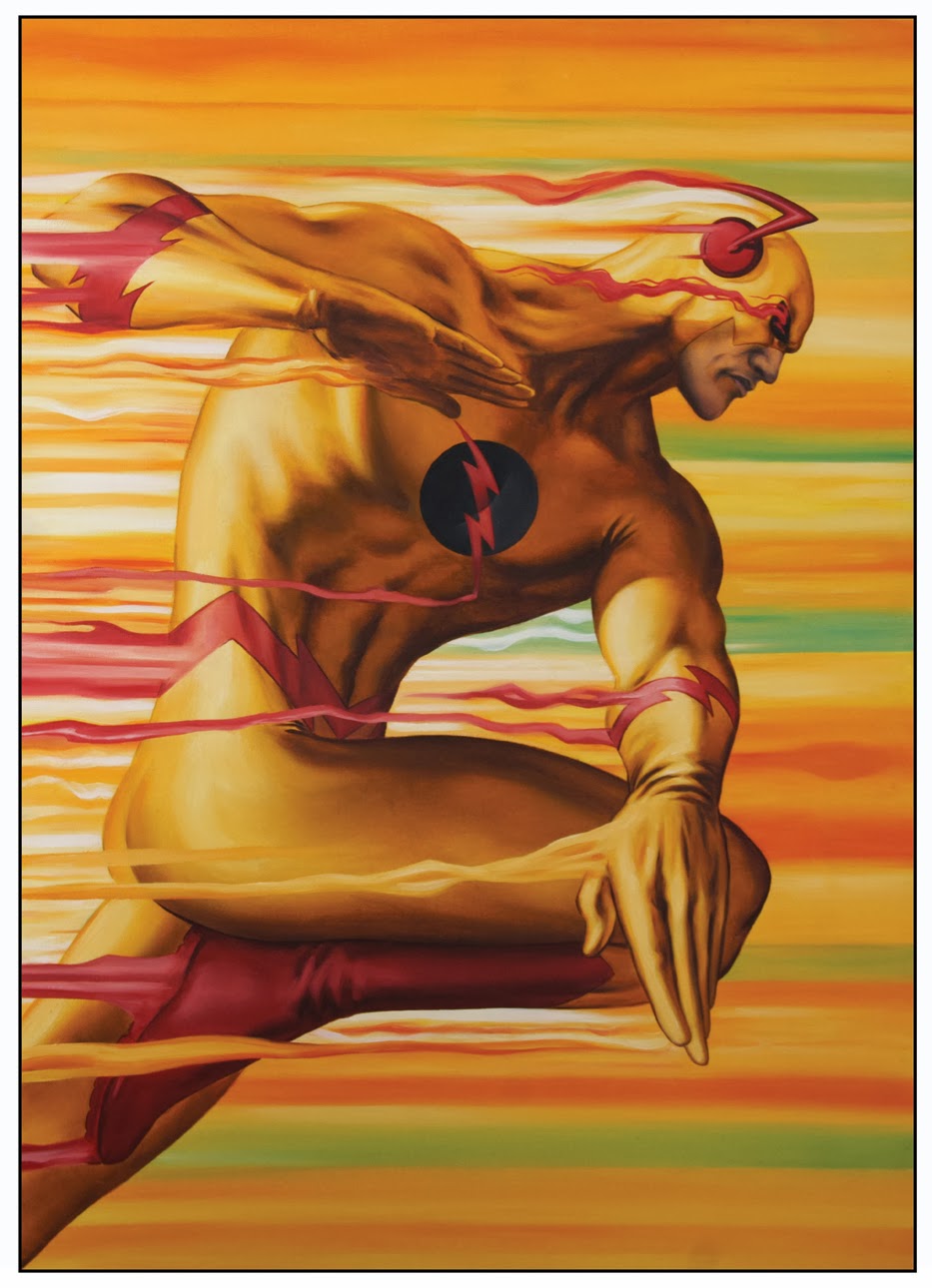 A backdrop of trees can be hard enough to render, let alone by adding sunlight streaming in through the branches. While nature-loving Poison Ivy reaches up softly, the vines and trees of the piece still add a subtle and creepy atmosphere - one truly fitting of the Arkham inmate.

As a fan, John was brought back into comics as an adult by Mark Waid's Terminal Velocity arc on The Flash. That said, it must have been a happy occasion when this commission was requested, starring Wally West's main rival, Professor Zoom.

Sure, he's the fictional character semi-responsible for the DC52, but hey, you can't be a rogue without being evil can you? Here John takes yellow - a colour that's difficult to work with at the best of times - and makes it sing, at speeds faster than light.

The fluid speed lines rolling of Zoom's body are a trick in themselves, but that frowning face instantly highlight that this speedster may run in light, but he'll always have his feet firmly planted in the shade.

What do you think?  To see John's full gallery, including the likes of Batman, The Legion and Aquaman, click here, or to visit him on blogger, click here.
Posted by IADW at 7:00 am