MAKING A MARK: Michael Stribling - From Catwomen To Kal-El

Making A Mark gives an insanely talented artist some IADW brag-space. Today goes to one Michael Stribling. Top marks to you if you put Michael's name to the digital Justice League Classified covers he did back in the day or The Phantom comics from Moonstone, but as you can see, this example of 'America's Got Talent' didn't stop there. 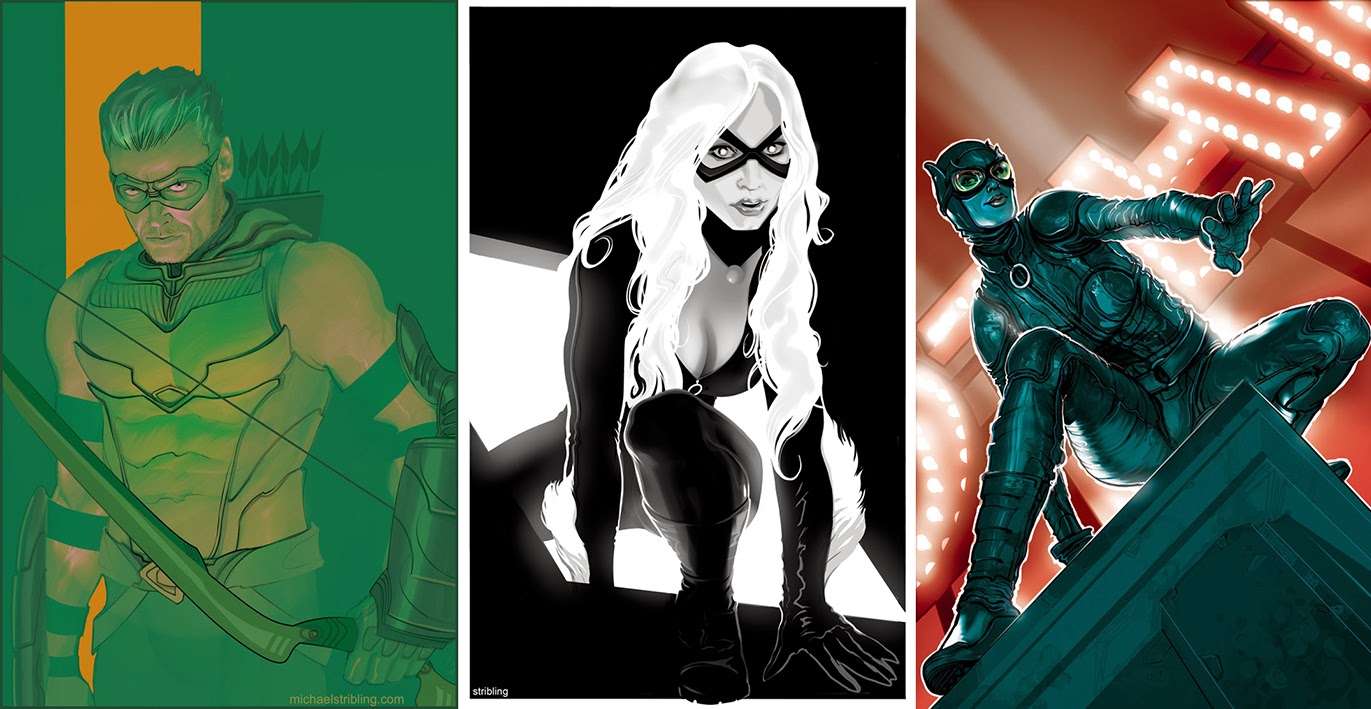 The amount of people sketching Green Arrow these days must be rising as quickly as Twitter stock, yet Stribling keeps his compositions straight forward, the detail minimal and the result powerful. The DC52 costume blends in with the backdrop, as Ollie's gaze blares forward.

Black Cat plays with the background even more so, to create an illusion like image, befitting Marvel's best snatch and grab artist. Although I doubt there are few males in the Marvel U that would object to a Hardy visit, this is one cat that rarely gets caught! Catwoman by contrast almost borders on the over detailed, but that in itself plays nicely against her surroundings. 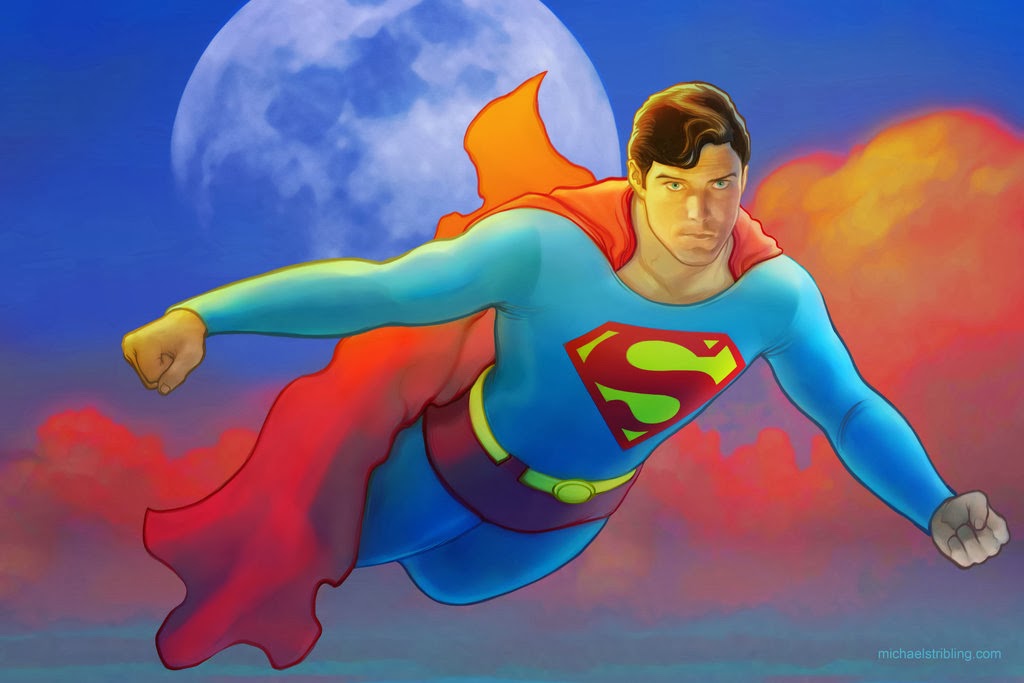 Christopher Reeves' Superman is not just one of the best experiences comic movies have ever produced, it is one of the best things comics has ever produced, period. While Henry Cavill did a flawless turn at becoming this generation's Reeves, it says something to Christopher's legacy that even post Man of Steel, when you see an image bare his likeness, you think 'Damn he's got Superman right'.

What do you think?  To see John's gallery, including Supergirl, Green Lantern and Aquaman, click here.
Posted by IADW at 4:00 pm