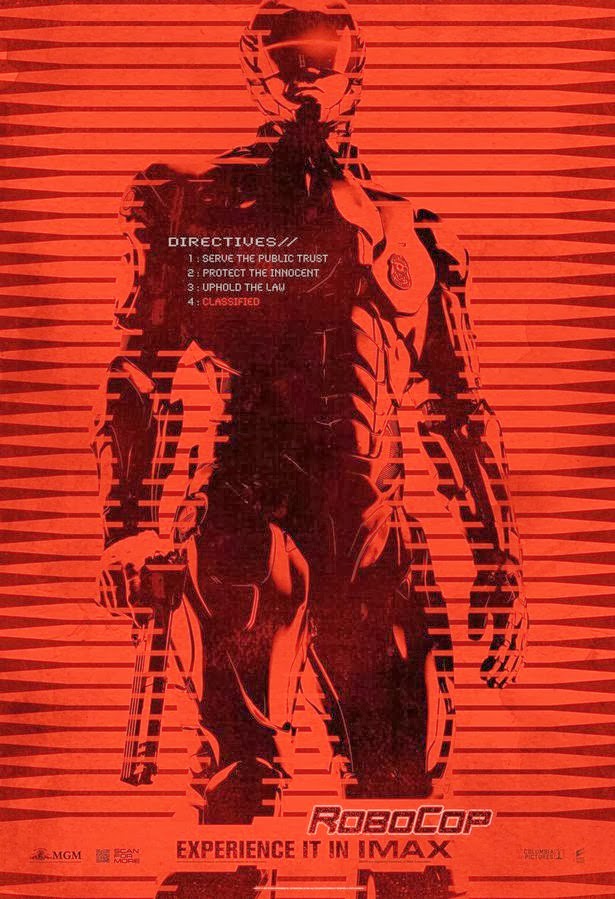 Sony has released a 1980's style IMAX poster of the upcoming remake of 80's icon RoboCop, but the date of the decade isn't the number it highlights.

Fans around the world have been assembling lists of what their 10 commandments are of a successful rebirth, but now it seems RoboCop's own 'prime directives' have increased by one - one not yet known to the movie-going masses.

While the original had a built in fourth prime directive of sorts, in that he couldn't attack any other employee of OCP, something tells me this one will be a little different.

Hopefully it is something wicked that amps up the whole scenario and scene of the franchise, or the director and cast could easily be praying that it stands for 'Don't shoot the messenger'.