SWEET AS: The Best From Dynamite Entertainment's April 2014 Solicitations

When we Kiwis find something we like, we say it's "Sweet as". From all-new Solar Man of The Atom to Flash Gordon #1, when I'm looking at the best from Dynamite Entertainment for April 2014, these make the 'Sweet As' grade: 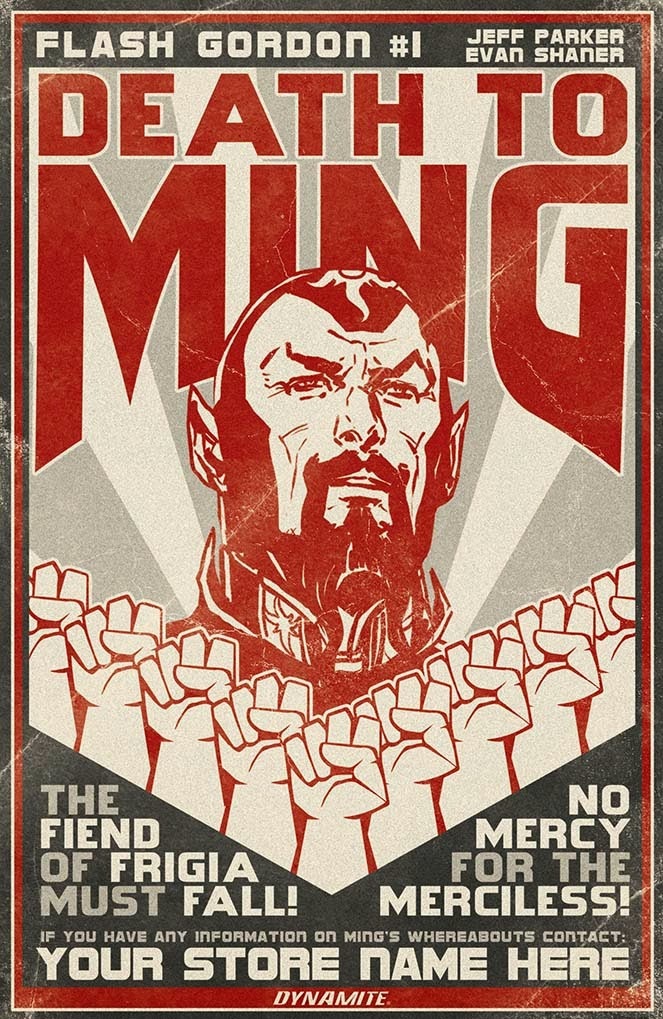 I have scoured the net, and can't find the artist behind this Soviet propaganda style poster variant for Ming The Merciless! In the ultimate stroke of cool, retailers can have their name placed on the cover as the place to report sightings of the pulp hero too. Of course you have to order 500 copies but you'll forever have your name linked to aiding Ming!

Dynamite say: Flash Gordon never fit in on Earth. But on the bizarre planet Mongo, Flash's thirst for thrills and daring danger makes him the perfect weapon against world-breaking Ming the Merciless and his awful inter-planetary swarms of terror! Can the cocksure Man From Earth funnel his overconfidence into saving worlds, or will the universe fall to Ming? (W) Jeff Parker (A) Evan Shaner

THE NEWBIES  (Aside from the above)

SOLAR MAN OF THE ATOM #1 "This all started with an accident..." Flooded with experimental radiation that grants him unbelievable powers, the brilliant-and-obsessive Dr. Phil Seleski seeks to unlock the secrets of the universe, begrudgingly becoming a "hero" along the way. But can a single man be trusted with near-limitless abilities? (W) Frank Barbiere (A) Joe Bennett

CAPTAIN ACTION CAT: THE TIMESTREAM CATASTROPHE #1 The crossover epic event of a lifetime! Finally, Captain Action Cat meets Action Cat and the characters from Aw Yeah Comics! There is something Evil out there and Evil Cat is determined to find it! Even if it means searching throughout the Silver Age to do it! This series promises the typical zaniness that the creators of Tiny Titans are known for.

BATTLESTAR GALACTICA: SIX #1 An exciting chapter in Battlestar Galactica lore as the early origins of Number Six are explored. In developing the next generation of Cylons, getting the models to look human was the easy part. But acting human is another story. (W) J.T. Krul (A) Igor Vitorino

RED SONJA AND CUB Blood will rain down upon the snowy ground as the She-Devil With A Sword battles her way across the Asiatic lands of Khitai. In a land of complex family loyalties and death before dishonor, will sharpened steel and the muscle to wield it be enough? 40 pages (W) Jim Zub (A) Jonathan Lau 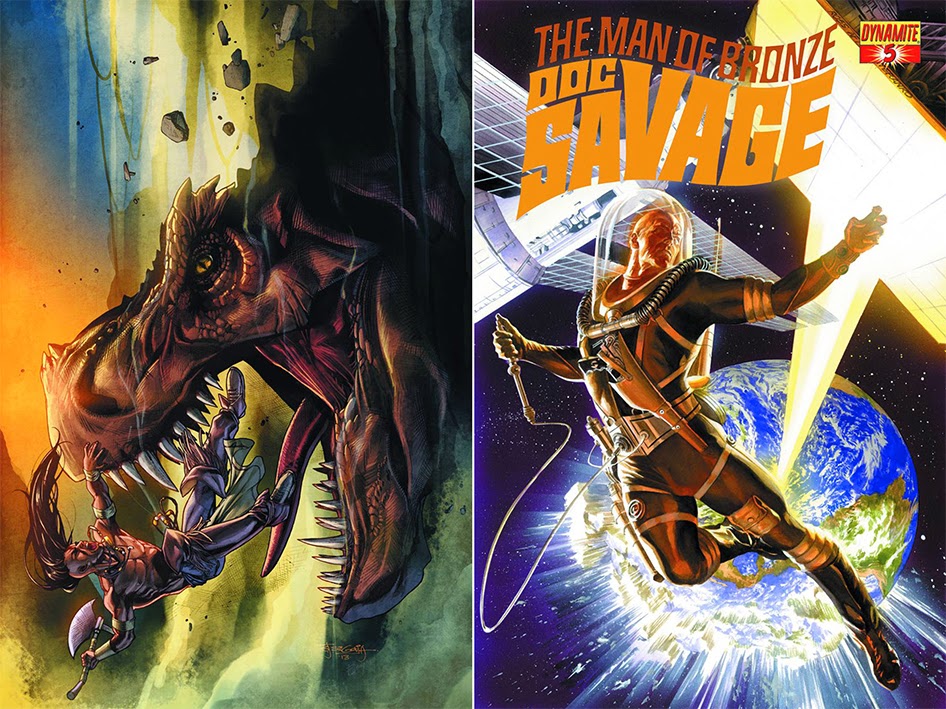 DOC SAVAGE #4 (W) Chris Roberson (A) Bilquis Evely When a group of cultists takes control of an abandoned orbital weapon, threatening to burn whole cities unless their demands are met, the whole world is in a state of panic. Fortunately, Doc Savage and his aides are already in orbit, and have one chance at averting disaster.

TUROK: DINOSAUR HUNTER #3 (W) Greg Pak (A) Mirko Colak. As dinosaur carnage spreads across the land, Turok and Andar face an even more dangerous enemy - a fangless, scale-less monstrosity that's more ruthless than any other creature on the planet.


What do you think?  For Dynamite's full April 2014 solicitations, click the jump!
Posted by IADW at 9:09 am