SWEET AS: The Best From IDW Publishing's April 2014 Solicitations

When we Kiwis find something we like, we say it's 'Sweet as'. From the return of Dexter's Laboratory, 24 and The Red Star, to the overhaul of the Transformer line, including the debut of the new female bot Windblade and more, when I look at the best and new releases from IDW Publishing for April 2014, these make the 'Sweet As' grade:

COVER OF THE MONTH:  CASEY W COLLER  TRANSFORMERS: WINDBLADE #1: DAWN OF THE AUTOBOTS 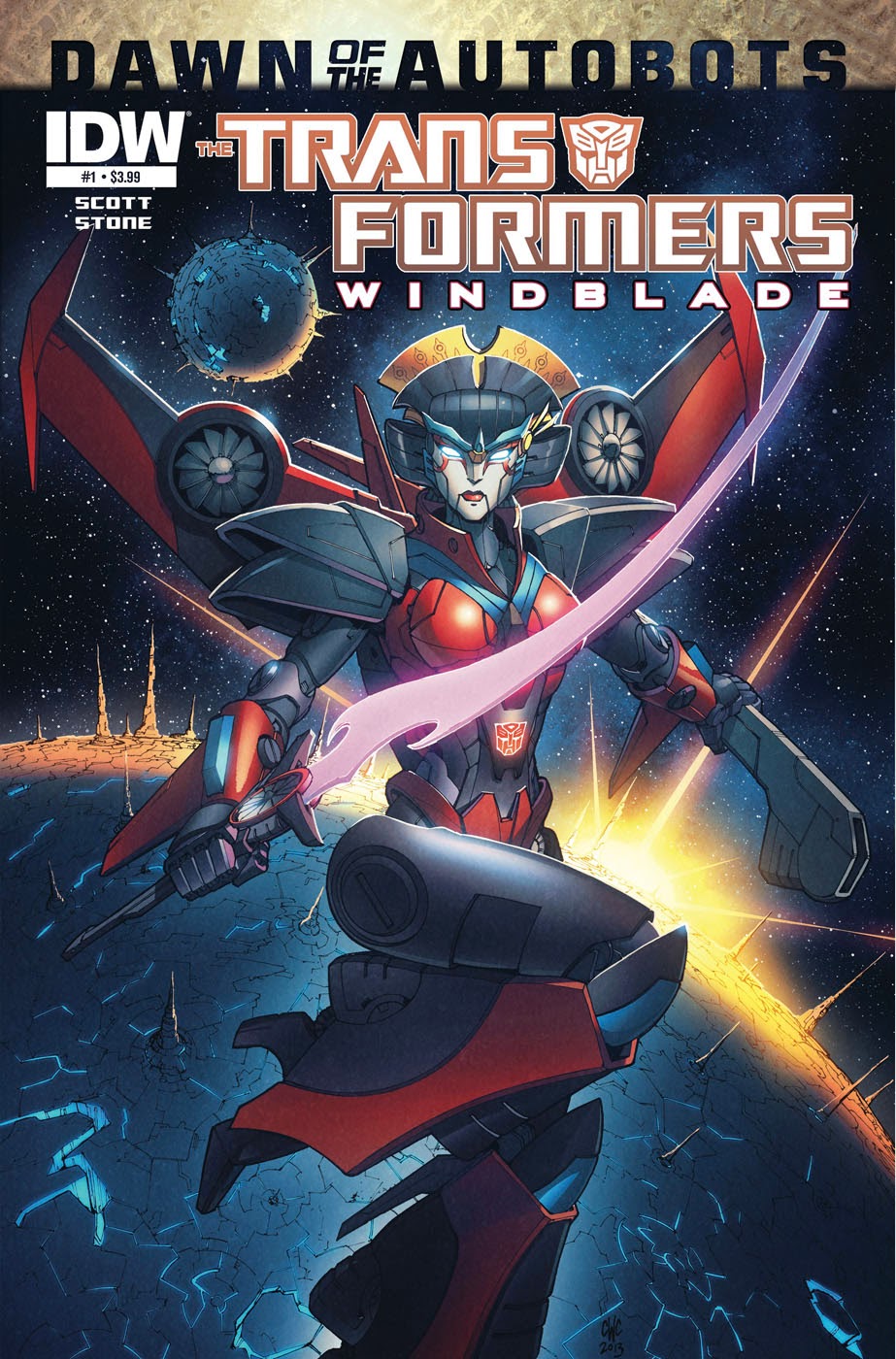 Fans got to provide input on what they thought the new female Transformer should look like, and drawn by the talented hand of Coller, she's a stunner! Plus she's wearing an Autobot symbol. With swords like that, you've got to be relieved.

IDW says: Who is Windblade? In the aftermath of Dark Cybertron, Windblade takes the planet by storm! But where did she come from--and what does her secret mean to the future of the Transformers? A powerful new chapter begins here! (W) Mairghread Scott (A) Sarah Stone

JUDGE DREDD #18 Judge Death and the 12 other Dark Judges have targeted Mega-City and found the entire population guilty of the most serious crime... living! The only person standing between the city and certain death--Judge Dredd--is a billion miles away on the Titan penal colony. But he turns out to have allies in the strangest of places... (W) Duane Swierczynski (A) Nelson Daniel

TRANSFORMERS: ROBOTS IN DISGUISE #28: DAWN OF THE AUTOBOTS The Autobots return to Earth--with Optimus Prime in command! But what brought them back--and what terrifying secret do the humans hold? A bold new era begins here! (W) John Barber (A) Andrew Griffith

UNDER THE RADAR:  TRANSFORMERS LEGACY: A CELEBRATION OF TRANSFORMERS PACKAGE ART While the Transformers toys were amazing in their own right, what made the packages stand head-and-shoulders above the competing action figures on shelves was the stunning box art. Transformers: Legacy collects hundreds of beautifully airbrushed paintings from the iconic first decade of The Transformers. Essays and interviews from the original illustrators give unprecedented insight into the process behind the art. This book is chocked full of extras, including never before seen artwork from toys that never were, original design sketches, catalog artwork, and more. 300pg.

THE RED STAR TREASURY EDITION Christian Gossett's landmark series redefined what a comic book could look like, while the story's rich history and brutal world brought motion picture scope to the comic page. Now the massive tale is presented in deluxe form, starting with this collection of annuals and one-shots! (W/A) Christian Gossett

PARKER: THE HUNTER  In 1962, Donald E. Westlake (aka Richard Stark), created one of the most enduring crime fiction series' ever produced--PARKER. Darwyn Cooke has adapted four novels as graphic novels so far - the first three, all won Eisner and Harvey Awards. He will be providing all-new color illustrations for The Hunter, the first in a series of hardcover prose novels. 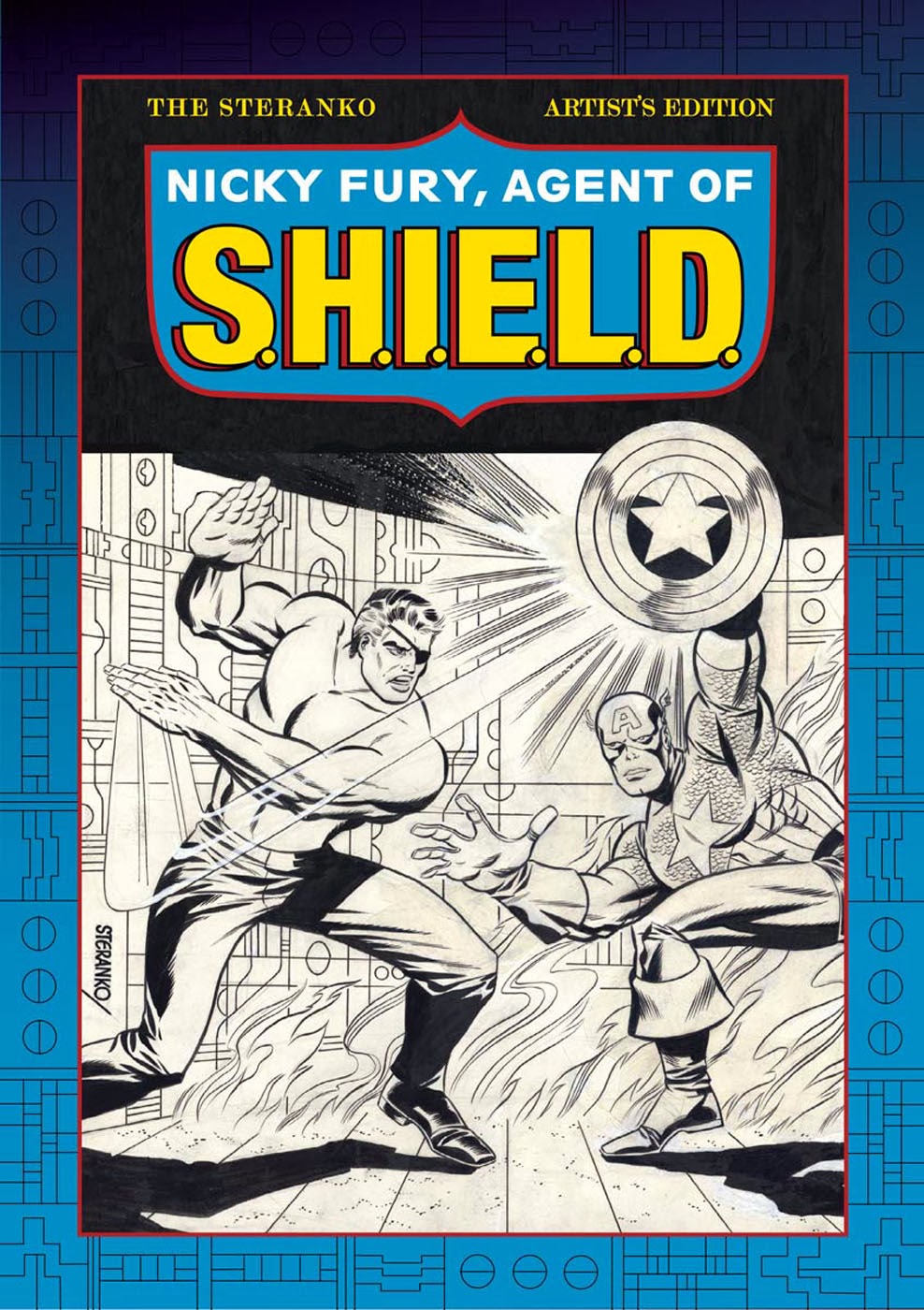 The Hunter, the first book in the Parker series, is the story of a man betrayed by the woman he loves and double-crossed by his partner in crime. Parker makes his way cross-country with only one thought burning in his mind--revenge! 160 pages (W) Richard Stark (A) Darwyn Cooke

STERANKO NICK FURY: AGENT OF S.H.I.E.L.D.: ARTIST'S EDITION In the mid 60s, Jim Steranko burst into Marvel Comics in a BIG way, and the innovative, cinematic techniques he introduced stand to this day in the history of graphic storytelling. This Artist's Edition collects the first 12 stories of Steranko's run, from Strange Tales #151 -- #162, plus extras. And, as usual, nearly all the pages have been scanned from the original art of Nick Fury: Agent of S.H.I.E.L.D., from Steranko's private archives. 176 pages (W/A) Jim Steranko.

DANGER GIRL: MAY DAY #1 An all-new cast of sinister characters! Secrets from Deuce's past! And the shocking return of the deadliest (and sexiest!) Danger Girl villain of all-time! (W) Andy Hartnell (A), John Royle and Jose Marzan

V-WARS #1 When a sniper's bullet kills the pro-peace Speaker of the House and a terrorist vampire cell takes credit, the Vampire War erupts hotter and bloodier than ever. (W) Jonathan Maberry (A) Alan Robinson

DEXTER'S LABORATORY #1 Dexter has reached the pinnacle of his greatest scientific experiment--one that will gift him with infinite clarity and superhuman intellect beyond all mankind. But with every precaution in place, will he be able to finish it before his meddling sister Dee Dee ruins everything...again?! (W) Derek Fridolfs (A) Ryan Jampole

24 #1 Jack Bauer lives again! Before the Emmy Award-winning drama returns to your television with Live Another Day, find out what the heroic agent has been up to in the several years following the events of the final season. (W) Ed Brisson (A) Michael Gaydos.

7TH SWORD #1 Daniel Cray - a samurai mercenary - stumbles upon the legendary city of ZenZion, under siege from a relentless army of robots and their savage masters. The peace-loving citizenry beg Cray to defend them, forcing him to reluctantly draw his sword once more. (W) John Raffo (Dragon: The Bruce Lee Story) (A) Nelson Blake II

IN THE DARK A monstrous collection of all-new original terror tales from the darkest and most brilliant minds in comics and prose. Featuring an introduction by American Vampire writer Scott Snyder, and a frightful feature on the history of horror comics by comic book historian Mike Howlett! (W/A) Various

SKYBREAKER A no-holds-barred Western where Skybreaker is a man of two worlds, half Sioux and half Christian. When these worlds clash, he is betrayed and left for dead. A tale of dark revenge that explores the violent roots of American life, and how you can never kill your way to peace. (W) Michael Moreci (A) Drew Zucker

What do you think?  For the full list of IDW's April 2014 solicitations, click the jump.
Posted by IADW at 8:53 am