SWEET AS: The Best From Image Comics' April 2014 Solicitations

When we Kiwis find something we like, we say it's 'Sweet as'. From the long-awaited launch of Southern Bastards and a new direction for Invincible, to the continuation of one of my favourite current reads Dead Body Road, when I look at the new releases of Image Comics for April 2014, these make the 'Sweet As' grade: 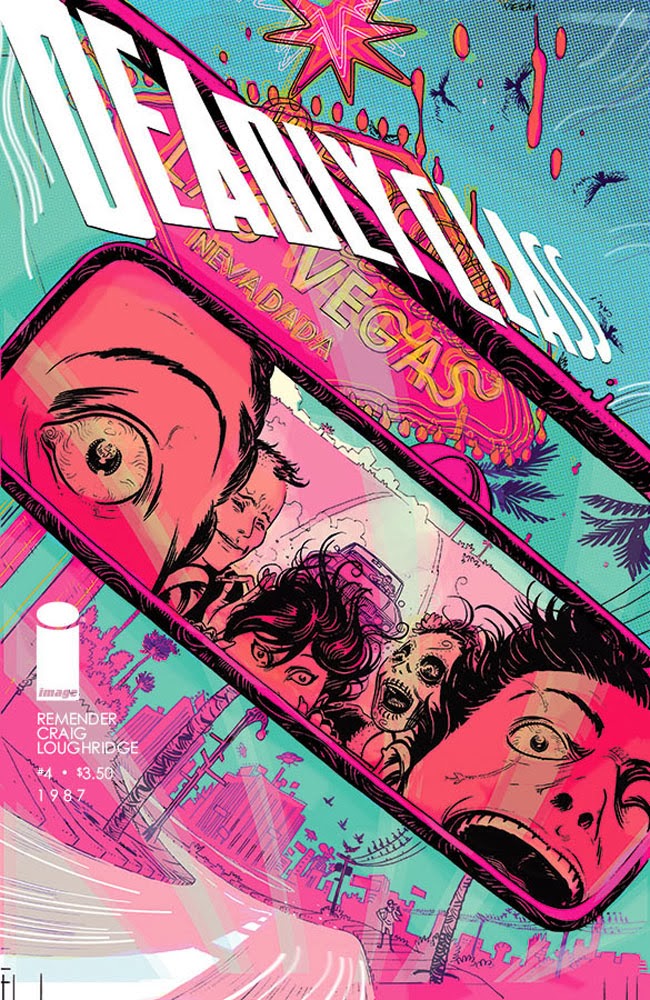 This cover is so crazy and bright your eyes can't help but slam on the brakes and stare a little till it sorts a few things out. The only thing that would differ about going to Vegas, never look in the rearview mirror until you leave the city - hindsight is for sunrise.

Image says: Class trip! Marcus, Willie, and Saya tear through a neon-soaked Las Vegas, high on life...oh, and a bunch of acid too. And when you're a teenage killer-on-the-run, stalked by a mutilated psycho with a raging hard-on for revenge, you're in for one baaad trip. (W) Rick Remender (A) Wesley Craig and Lee Loughridge.

FATALE #23 The strangest issue yet, as Nicolas Lash finally learns the last of Josephine's secrets, and the universe will never look the same. Every issue contains extra art and articles not available anywhere but the single issues! (W) Ed Brubaker (A) Sean Phillips and Bettie Breitweiser

DEAD BODY ROAD #5 Holed up and under siege, Gage and his accomplices may have run out of road...but not bullets. Or heads to put them through. (W) Justin Jordan (A) Matteo Scalera and Moreno Dinisio.

BLACK SCIENCE #6 Stranded in the most dangerous dimension yet, Grant McKay's rage at his onetime boss boils over. Ignoring the chaos all around them, the two finally come to blows! Only one thing is certain...one of them must die! (W) Rick Remender (A) Matteo Scalera and Dean White.

SPAWN #242 After the annihilation at the construction site, Bludd tries to figure out his next move. Clown is the last place he'd seek help, but he may have no alternative. Sara's demonic nightmares begin, but, unfortunately for Sara, her visions may not be a dream. (W) Todd McFarlane (A) Szymon Kudranski and Todd McFarlane

SOUNDS LIKE AWESOME
INVINCIBLE #111 A new beginning for Invincible as things take a turn down a dark path. Everything changes as Invincible is betrayed by one of his own. (W) Robert Kirkman (A) Ryan Ottley, John Rauch

UNDER THE RADAR
SOUTHERN BASTARDS #1 Welcome to Craw County, Alabama, home of Boss BBQ, the state champion Runnin' Rebs football team...and more bastards than you've ever seen. When you're an angry old man like Earl Tubb, the only way to survive a place like this...is to carry a really big stick. (W) Jason Aaron (A) Jason Latour

THE NEWBIES:  (Aside from those mentioned above)

DREAM POLICE #1 Dream Police Detectives Joe Thursday and Frank Stanford have been partners for as long as they can remember, patrolling the alternate universe of dreams, nightmares, and the great void beyond, an alternate dimension where those who died in their sleep wander the dreamscape forever. They've seen it all. But when Frank steps away and disappears...and the woman returns saying she's Joe's partner, that she's always been Joe's partner...he begins a journey into the unknown that will shake the dreaming down to its foundations. (W) J. Michael Straczynski (A) Sid Kotian and Bill Farmer 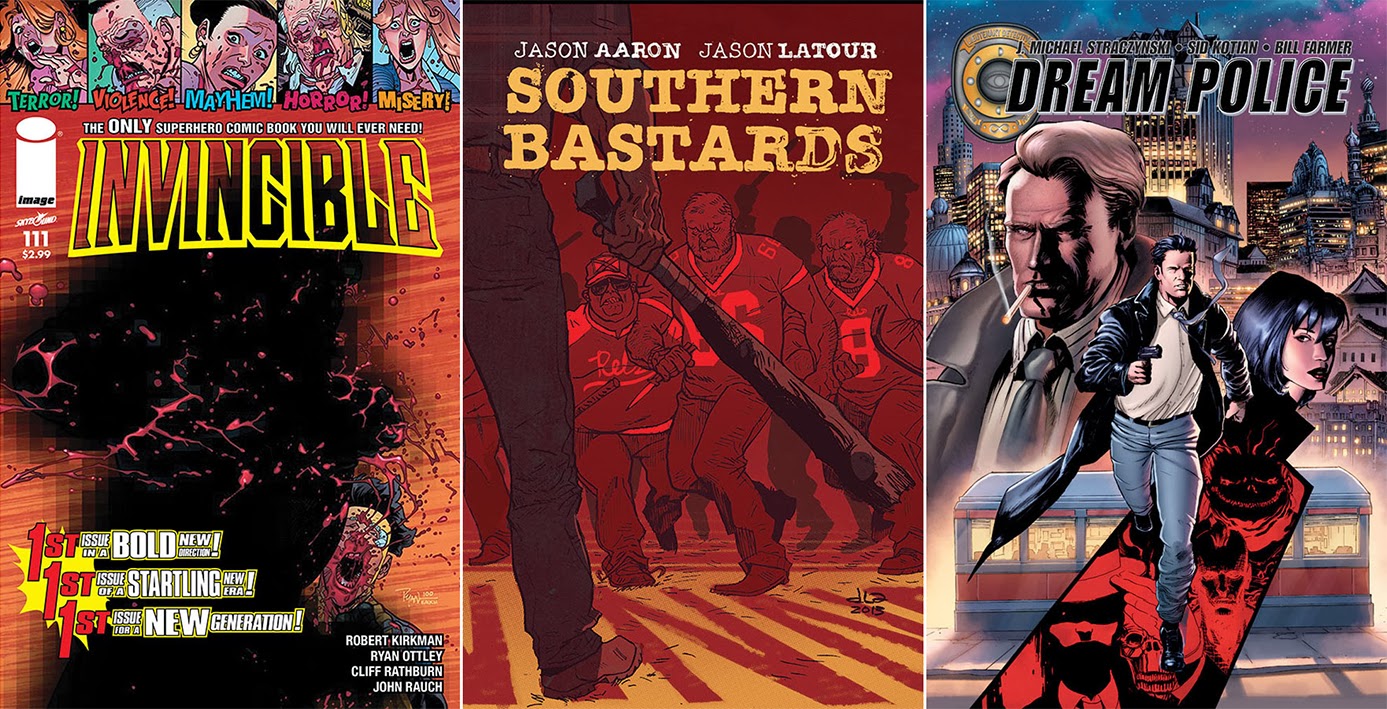 SHUTTER #1 In this urban fantasy series, explorer Kate Kristopher is forced to return to the adventurous life she left behind, when a family secret threatens to destroy everything she spent her life protecting. (W) Joe Keatinge (A) Leila Del Duca

SHOTGUN WEDDING #1 Mike Stone wants nothing more than to marry the woman of his dreams; Denise. What she doesn't know is that Mike is one of the world's top assassins and was once engaged to a fellow assassin named Chloe. And when Mike abandoned Chloe on their wedding day, she vowed revenge... One issue a week in April.

'68: RULE OF WAR #1 In a Cambodia infested with the living dead, CIA Special Agent Declan Rule and his canine companion Nero stalk a human monster, a neurosurgeon bent on carrying out grisly experiments that turn P.O.W.s into instruments of war. In Vietnam, Private Kuen Yam and his ragtag band of survivors battle their way across a murderous no-man's-land in a desperate search for a ticket to the skies. The war is over, but the battle for survival has just begun. (W) Mark Kidwell (A) Jeff Zornow and Jay Fotos

THE FIELD #1 A man wakes in a field wearing nothing but his underwear. He's got no idea who he is or how he got there. His only connection to the outside world a cell phone on which he receives mysterious texts warning him of Christian. An ex-bible salesman in the middle of crime spree fueled by sex, meth, murder and keeping this underwear clad man close by his side. (W) Ed Brisson (A) Simon Roy.

What do you think?  For the full list of Image Comics April 2014 solicitations, click the jump.
Posted by IADW at 6:00 pm