SWEET AS: The Best From Valiant's April 2014 Solicitations

When we Kiwis find something we like, we say it's 'Sweet as'. From the new releases of Valiant Entertainment's April 2014 solicitations, these comics make the 'Sweet As' grade: 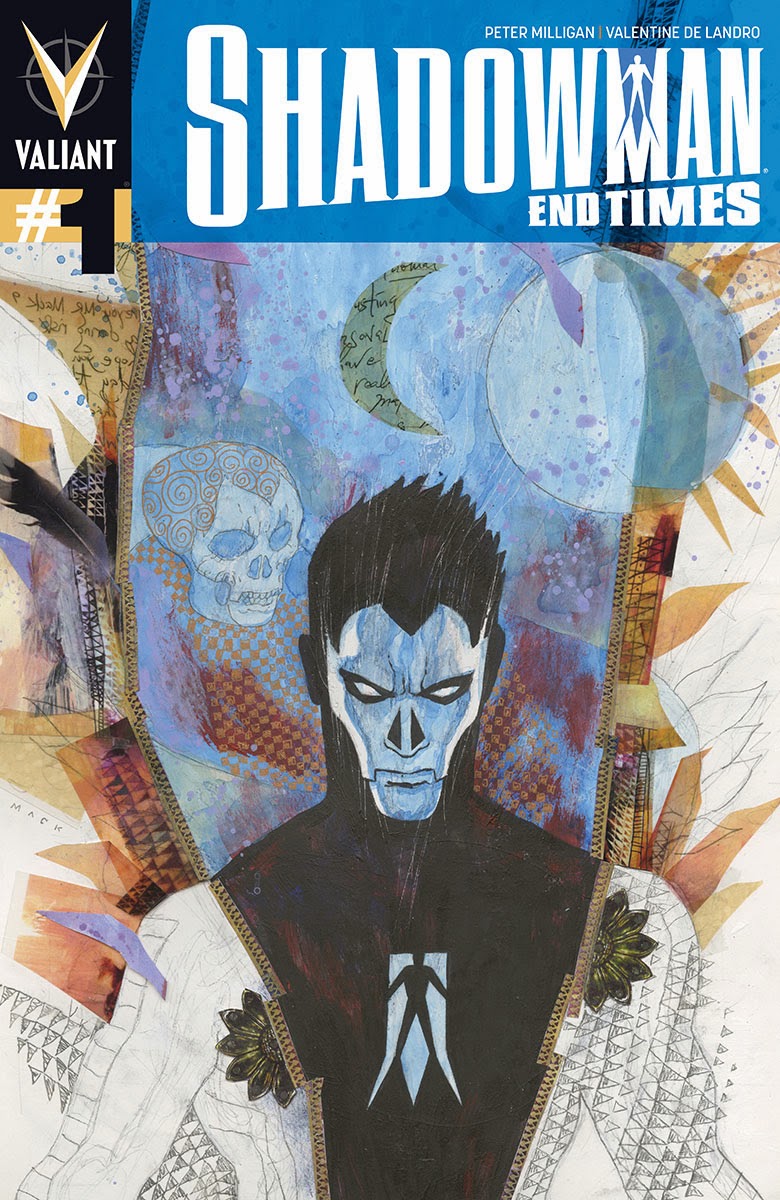 Now this is one artist character combination I could stand to see a lot more of. I dig how David turns his back on illustrating Mr Boniface in the dark and instead puts Shadowman in a bright piece - still just as imposing.

Valiant says: The end times are now! Jack thought he'd finally fixed his life ... and the source of his dark power. But when a figure from the past emerges with a troubling revelation about his destiny, the new Shadowman will plummet into an abyss far darker than any demon. Make no mistake ... doom is coming for Shadowman -- and it all begins here! 40 pages.

SOUNDS LIKE AWESOME:
QUANTUM AND WOODY #9 New arc! Eric needs to know he can trust Woody ... and that means Woody needs to get a job, open a bank account, and do all the things a responsible adult does. But when a new gang of rogue mad-scientist super-criminals launch a wave of robo-crime, will Woody stop them -- or join them?

REGULAR READS:
UNITY #6 Drawn into the WEBNET! Unity is anything but unified as the team fractures and must start from scratch. But they'd better hurry because a new threat is looming in Dr Silk's Webnet -- and Ninjak must tackle a viral epidemic that has been lying in wait for generations. (W) Matt Kindt (A) CAFU

ETERNAL WARRIOR #8 Is the Eternal Warrior finally out of time? Every moment in the centuries-long life of Gilad Anni-Padda has led to this moment. Far removed from the modern day, standing resolute at the last tattered edge of the civilization, the Eternal Emperor of 4001 A.D. is about to make the hardest choice of all ... and two thousand years of Valiant heroes will feel the fallout. (W) Greg Pak (A) Robert Gill

What do you think?  For the full list of Valiant's April 2014 solicitations, click the jump.
Posted by IADW at 5:00 am