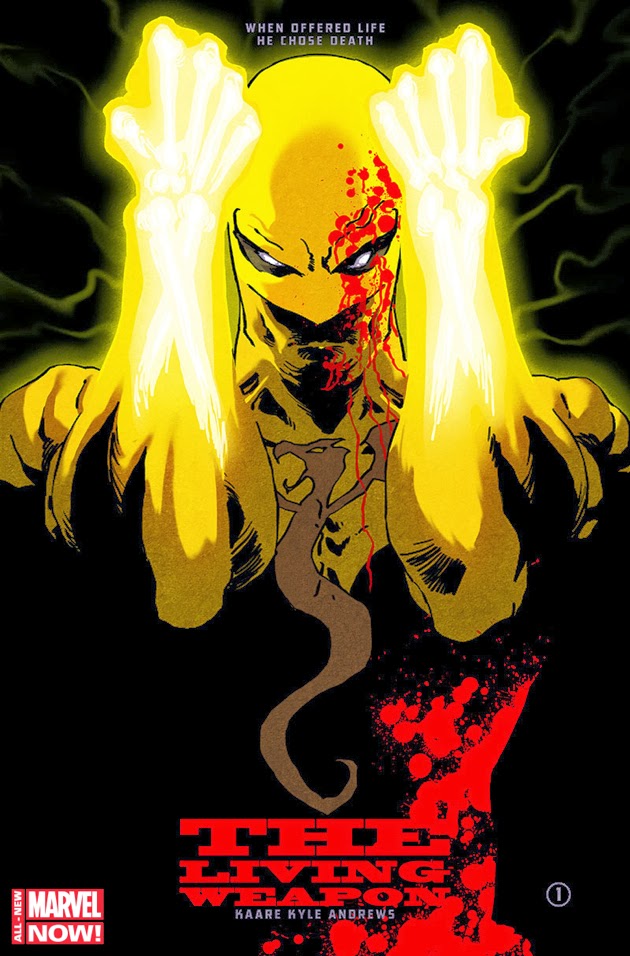 Artistically I've always gushed about the stunning job Kaare Kyle Andrews did on Bruce Jones' Incredible Hulk run - heck I even assembled them all here. Now it seems he's taking the cult theme from that highly unsung period of the Jade Giant, mixing it with the best of Ed Brubaker, David Aja and Matt Fraction's Immortal Iron Fist series (which he also covered issues of) and pulping out his own high-adreniliene series starring Danny Rand. Or at least he will be when Iron Fist: The Living Weapon debuts from Marvel NOW! this April.

The filmmaker / comic pro will run solo on this campaign, writing, drawing, inking and colouring the project. A big call, but inspired by Steranko's Nick Fury, Agent of S.H.I.E.L.D., martial arts films, and the character's origins, the results so far are amazing; 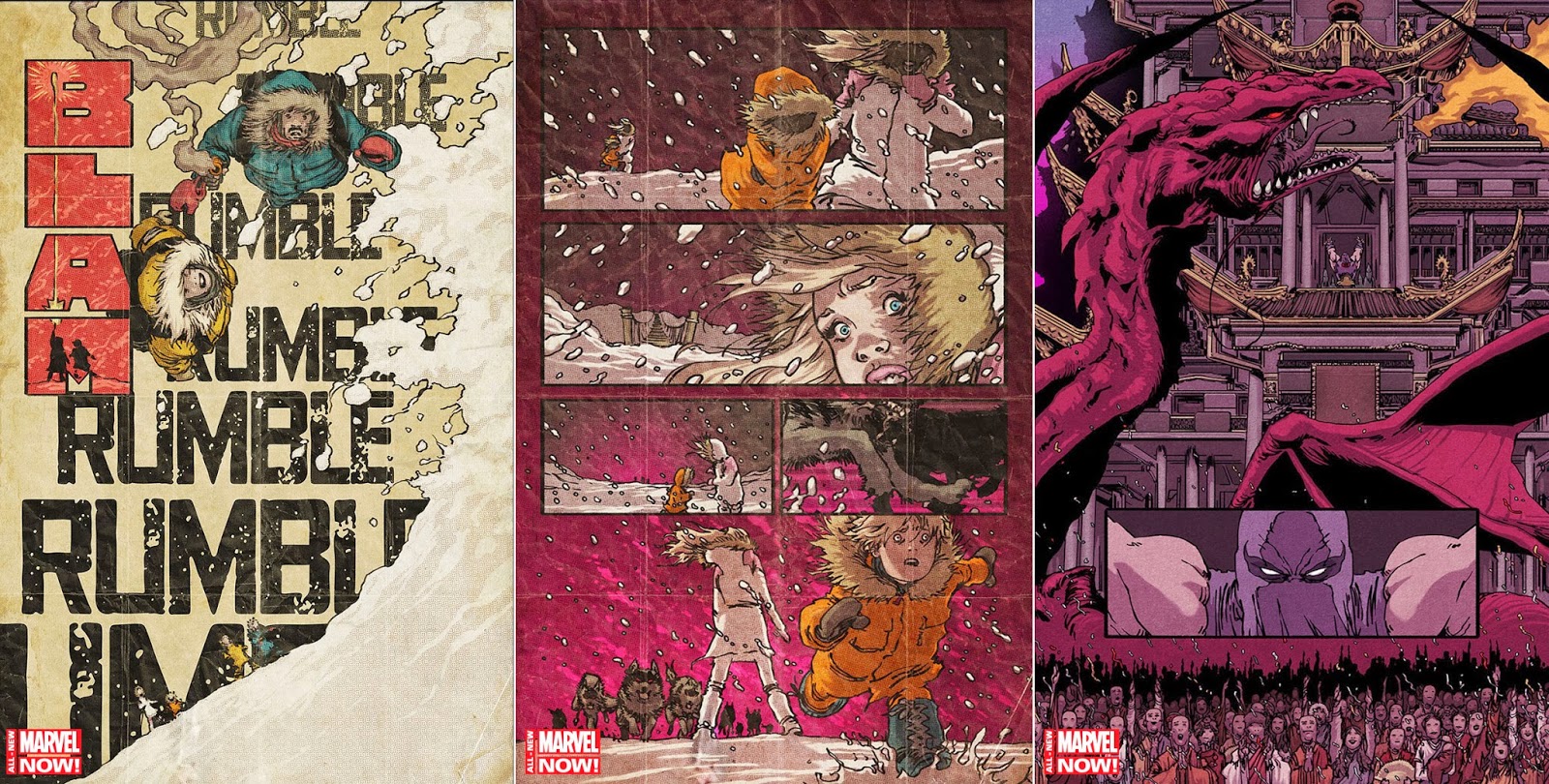 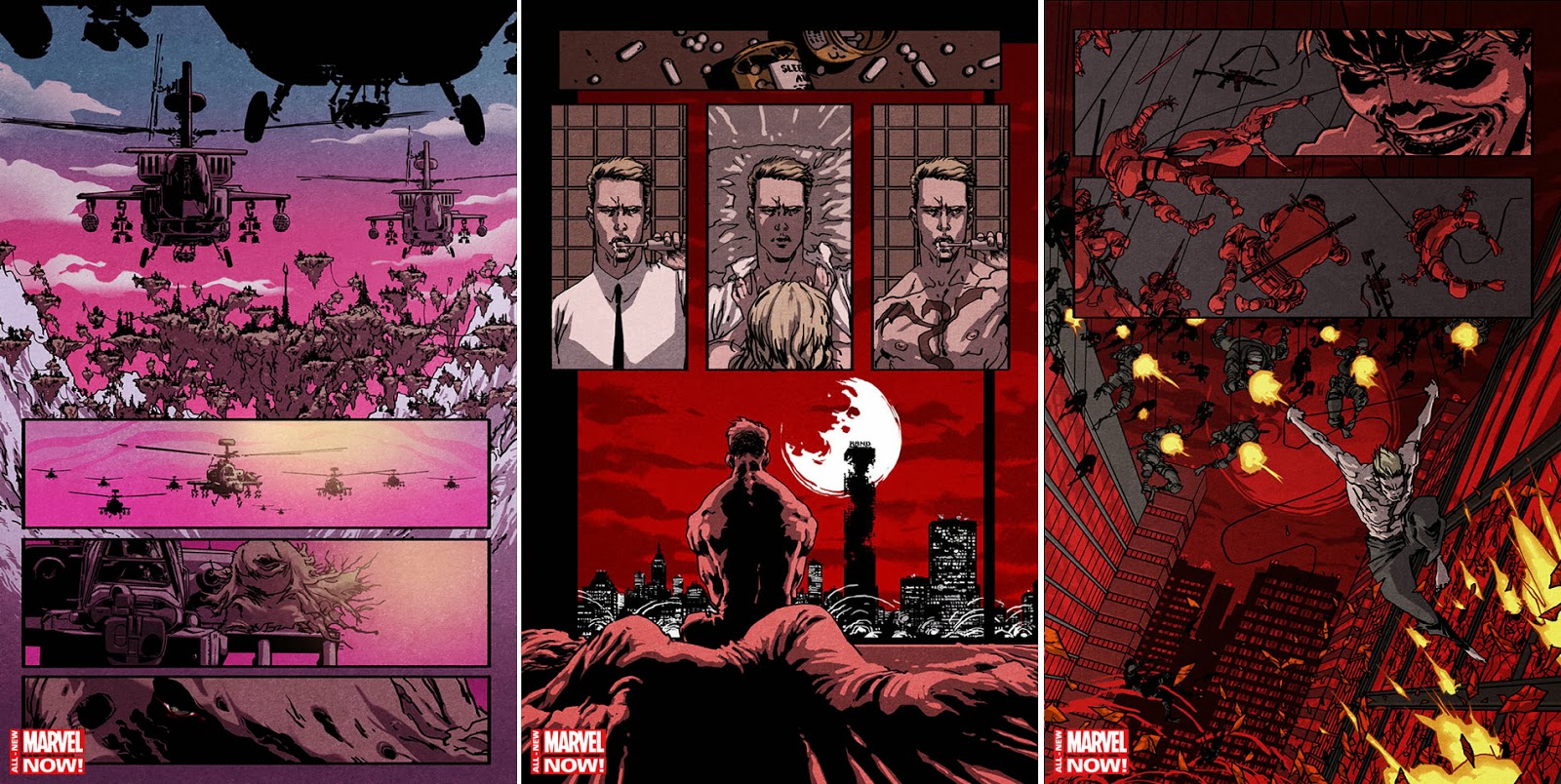 Out to show what the budget-free stories of a comic "revenge-fueled martial arts epic" can do, ahead of the character's own Netflix TV series, Kaare will show a Danny who is not connecting with life, and doesn't know why. In talking with Hero Complex about the series Andrews says the man who lost both his parents in the wilds of the Himalayas, will once again return from the western world as his past comes calling.

Good enough for me.