WHAT I MISS ABOUT 90'S COMICS: Defined Teams Of X-Men

Believe it or not, 90's comics weren't all about the latest foil covered, die-cut, poly-bagged edition of DeathDeathKill #1 - and this week I'm chucking up another of the decade's good beats; the well defined structure of the 90's X-teams. With today's news Claremont is returning to the X-Men, it seemed a perfect fit. 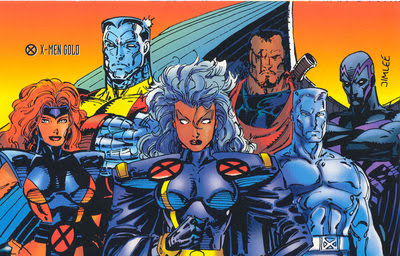 'They are not afraid to live in a world that hates and fears them' the old saying goes. Well good luck trying to find them these days. The line-ups of the various X-Men teams are so muddled and some characters repeatedly used, it's hard to know who is where, what the criteria is for each team and how much moolah you'll need to follow the adventures of your favourite guy or gal. But that wasn't always the way.

Spurred on by the sales of Spider-Man #1, Marvel's X-office underwent a massive restructure, based around the debut of Chris Claremont and Jim Lee's X-Men #1. A book that would shelter the 'Blue Team' below, while the 'Gold Team' to the left ran rampant in the flagship title Uncanny X-Men. 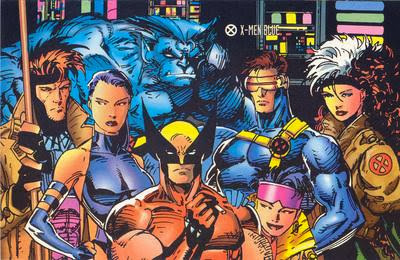 While the covert 'Mission Impossible'-ish feel to the Blue Team and members Psylocke and Beast appealed to my gut instincts, I was firmly with the Gold Team. Especially as Storm and Jean's friendship has always been the true heart of the franchise to me. But Marvel didn't stop there, nor did having the five founders ducking out stop X-Factor.

The book that finally gave Havok his due, X-Factor swam rather than sank after the big-guns left, due in large part to writer Peter David using it to explore characters such as Polaris and Quicksilver in ways few had or have since. While the book would undergo one more massive roster change during the 90's, with Sabretooth, Mystique and Forge at the front, it is this line-up that served the decade best. 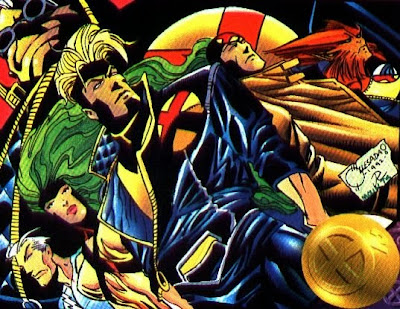 What this founding gave the X-Fans was certainty. Sure you had floater characters between the books like Maverick, but outside these teams, you knew if the character had a militia or New Mutants tie to them, you'd find them in X-Force.

This let the writers grow territorial over developing their own characters, with such plotlines as Colossus's defection, while rowing forward as a whole with events such as Age of Apocalypse.

While it wasn't until these line-ups broke that the wheels started to fall off Marvel's mutant cart, the one last benefit to having this strong foundation, was the set teams made for a great launchpad for new 'well defined' crews too. Like these guys; 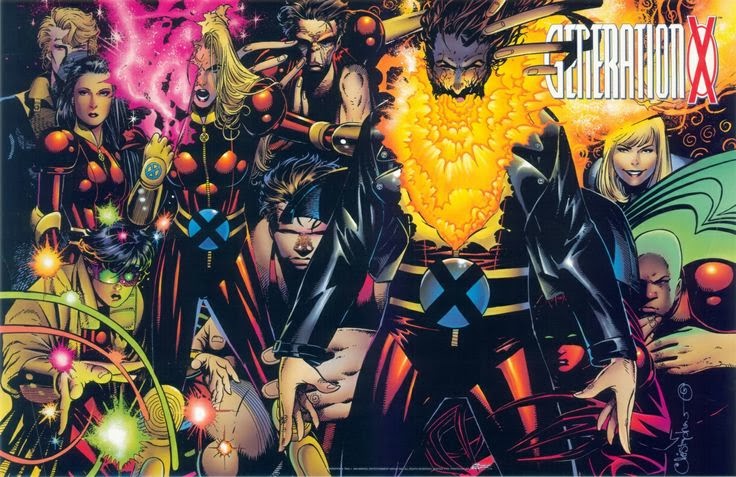