WHAT I MISS ABOUT 90'S COMICS: Joe Quesada On Batman 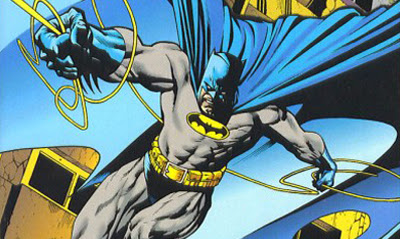 Believe it or not, 90's comics weren't all about grabbing the latest foil covered, die-cut, poly-bagged DeathDeathKill #1 - and this week I'm chucking up another reason why the decade had some good beats to it, highlighting now Marvel Editor-In-Chief Joe Quesada's run on DC's main breadwinner, Batman.

There's a bit of a standing joke, that DC Comics is the best talent recruiter Marvel has. In the 90's DC seemed almost unwilling to market on the names of the talent within it's line, or to create superstars out of them as 'hot' as the characters they worked on. That can be a bit hard on writers, but artists don't always need marketings help. Quesada was one of the latter.

A hot-pen for hire in the 90's, Joe fielded a number of gigs with the original Valiant Comics, helped create an update of The Ray for DC (which we'll get to in another post), and some of the best covers Peter David's scripts have ever seen over in X-Factor. The big bat connecting with the ball moment however, was when Quesada teamed with Gotham writing guru, Denny O'Neil, for the four-part mini-series Batman: The Sword of Azrael. 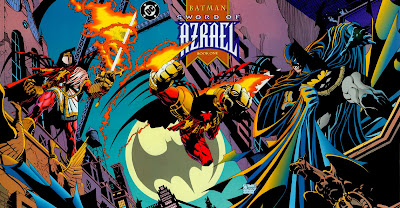 Joe has said before, the book that brought him back to the comic fold was Frank Miller's The Dark Knight Returns, and that influence is obvious. In Quesada's cover for the iconic Batman #500 (cropped at the top of this post) Batman's face still has a strong DKR vibe to it.

And so it should - Joe's co-creation Azrael / Jean-Paul Valley is a brainwashed assassin of a secret religious shadow society? It's a perfect Miller-fan fit! 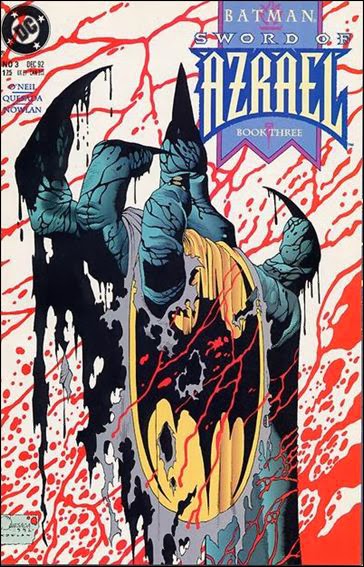 From the first time you saw that demon hand holding the tattered bat-symbol, you knew Quesada was headed for the big time. A time that Daredevil, Mysterio and heck all of Marvel patiently waited for.

What Joe brought to the Bat family was more than flaming swords and cool covers. 1992 was the year that Image Comics kicked off, and as focuses were shifting to the visual, Joe ensured Batman was still sitting high in fans hearts, with detailed cityscapes, perspective and chunky characters that had a real 'mass' to them.

Late in 2013, writers Geoff Johns and Brian Michael Bendis teased on Twitter a Batman vs Daredevil crossover. While the two writers can fight out the scripting duties, only one artist with a history on each character should be allowed the pencil, and that's Joe Quesada. As Joe himself is now in-charge of saying "'Nuff said".