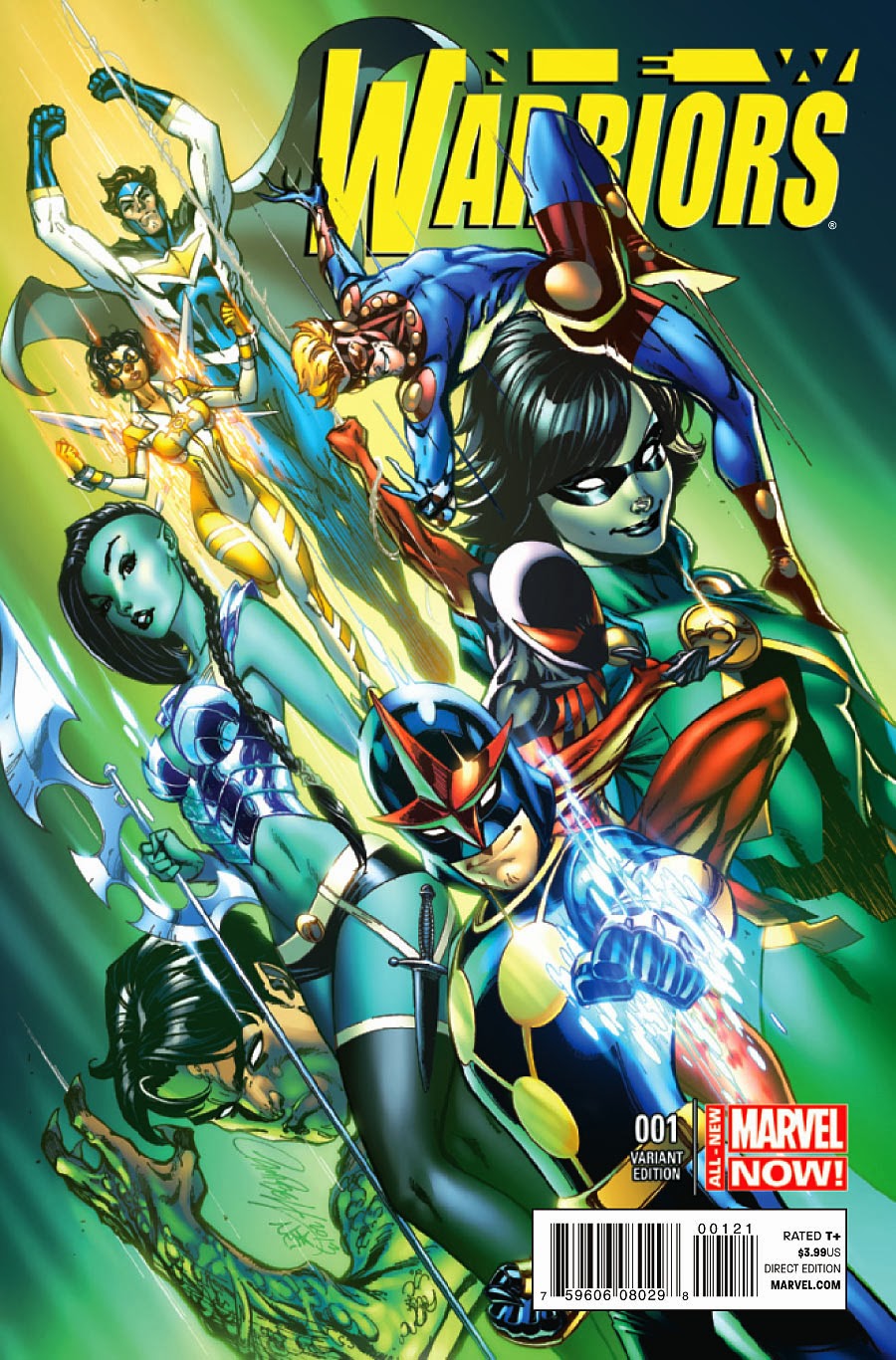 Yeah, if I was Speedball, I'd try to hide that logo to.

The relaunch of the much missed New Warriors title at Marvel is now just days away. While the run-up promotional campaign highlighted the fact the logo that branded the original fan-favourite run still had plenty of gas in the tank, at the last moment it has been bizarrely ditched for one that doesn't seem that youthful or creative - let alone one that seems to read 'Warriors New' among other design faults.

Hey, maybe people who speak broken English will think their time has come, and as the Bard said; "What's in a name? A rose by any other logo would smell as sweet." Okay, I'm paraphrasing here, but run with it.

Armed with a glorious J.Scott Campbell variant cover, the preview below does kinda have a whiff of that classic run vibe to it.

Sure Justice looks more 'Marvel Boy' than 'former Avenger' in body size, but the fun is there, the mistakes are there, and Speedball's still Speedball. As much as things change, some stay the same. Thank God.

Click to enlarge to read, and watch for New Warriors #1 (or Warriors New #1) next week from Marvel.