When The Chronicle launched three teens into the skies and watched them fall from grace, no one could have picked that the director Josh Trank and one of the indie budget blockbuster's lead stars, Michael B. Jordan, would later be named as the director to reboot The Fantastic Four and the man to play The Human Torch respectively. Today those picks were plucked - Jordan will be Johnny Storm in Trank's Fantastic Four reboot for Fox.

For those with scorecards, the remaining roles trip out like this: Kate Mara is Sue Storm, Jamie Bell is Ben Grimm and Miles Teller will be the next Mr Fantastic. 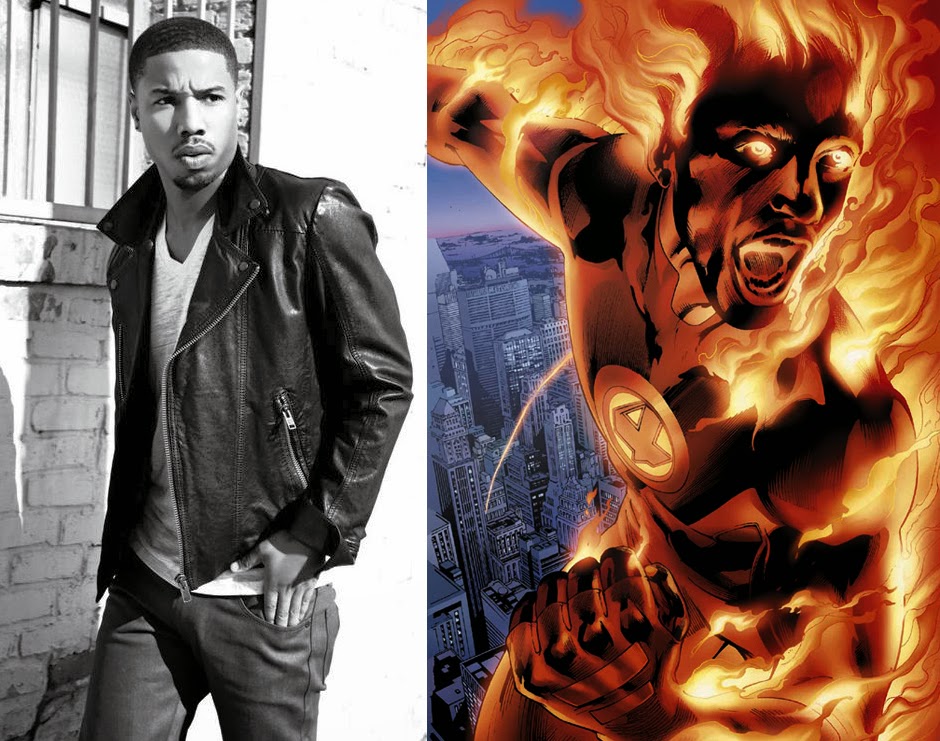 Not that the new Fantastic Four will be heading into the skies or even space. Fox's first opening moves on the relaunch of Marvel's first franchise is tightly aligned with writer Mark Millar's Ultimate Fantastic Four run, especially in the age of it's core cast. And in that book, the teen team never went into space, they got their powers testing the limits of teleportation equipment.

While cosmic rays in space may still be on the cards, given that Mark Millar is Fox's head honcho on all things comic, it's likely more twists are to come.

While there are plenty of fans out there thinking 'How are Fox going to spin this', I feel after reading quite a few forums on the issue today the question should rather be 'How are comic fans going to spin what has been our response?' The fact that the news has become an issue of race on some internet sites is pretty disgusting, actually, it's $^$%^$ embarrassing.

Is there as equal concern over whether Jamie Bell is Jewish so he can play comics most famous Jewish son? No. But suddenly a talented actor with a matching 'game time' attitude is cast as the Human Torch and “Johnny Storm isn't black” becomes such a popular catchphrase, I'm almost expecting to see it on bumper stickers.

Heaven forbid they announced the "flaming" super-hero would swap from being a ladies man to a mans man, I'd almost expect some chat-board commentators to start building an ark.

The one catch where this would become an issue for me, would be if Sue and Johnny are no longer siblings, because then it does alter the concepts point of difference; the FF are a family. With adoptive and "blended" families more a part of the modern world than ever, this could really be a chance for the first family of Marvel to grasp the new age rather than stay in the 50's era, where all heroic faces were caucasian.

True I'd love a retro version of the Fantastic Four uplifted directly from the pulp feel of the Lee/Kirby era (or Byrne's), but that's clearly not the direction this boats rowing in. Simon Kinberg is handling the final script rewrite, and as a guy involved in both the Fox X-Men franchise and Disney's Star Wars projects, I'd say he hasn't been employed to burn a license Fox had to rush to maintain into ashes. 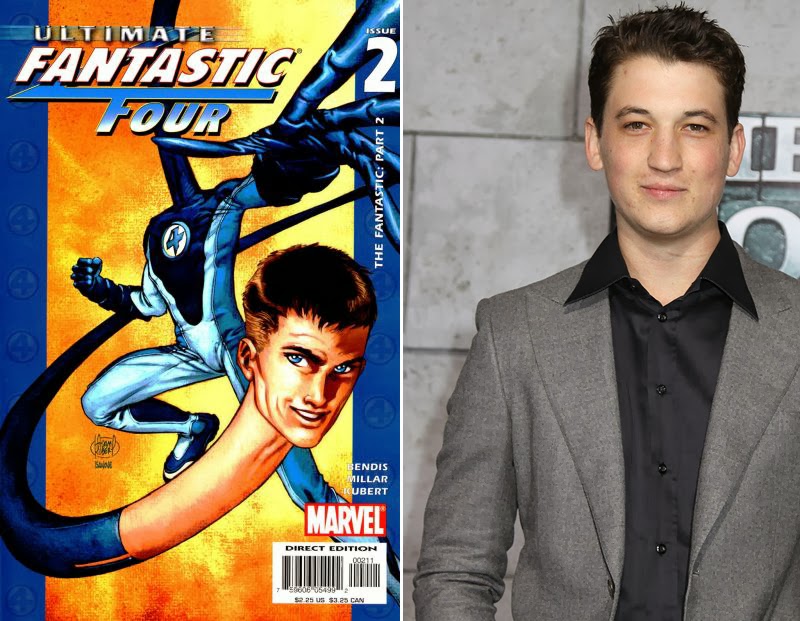 Kate Mara, the other confirmed choice outside of Jordan, was exceptional in The Shooter (and any other time she sticks with being a red-head), so whether she is the genius Sue is in Ultimate Fantastic Four or the force of nature of the 616 universe, the character's in safe hands.

Jamie Bell as the Thing, may seem the oddball of the bunch, but if you've not seen Bell in Defiance, with '007' Daniel Craig and 'Sabretooth' Liev Schreiber, you're missing one of the best non-comic films ever. The story of hiding Jews in the woods from Nazi forces, more than shows his acting chops, and is just flat-out awesome cinema all round. If backed by a decent Thing, 'Billy Elliot' could once again do what people thought he couldn't.

Miles Teller I'm looking forward to seeing in action. The youngest cast member playing the oldest face on the team, Mr Fantastic, is different, but having not seen any of his previous work, yet only hearing good things, I'm happy to wait for the trailer.

In comic book films there are it seems two paths to success. Either stick closely to the source material with little deviation (Superman, Spider-Man) or keep the construct and change whatever else as long as you keep the core premise in mind (X-Men: First Class, The Avengers). It's when you lose sight of that core that trouble starts to happen. From where I stand in terms of this Fantastic Four film, it is still clearly in sight.