IT'S AN ACTION FIGURE!! The Top Five Releases From ToyFair 2014

I equate going to ToyFair as the action figure lover in me's version of Charlie and The Chocolate Factory. Only one kicker, they're all behind massive glass cases! I mean, how can you have a mass post-apocalyptic all-toys in, one toy leaves, royal rumble if you can't touch any? They really need to highlight that before you buy a ticket.

Anyway, from all the ultra-cool and awesome of this years 2014 ToyFair, here are my Top Five picks (coming from a guy whose birthday ain't that far away).

5) LEGO SUPER-HEROES LEGO is as big now as it ever was - if not bigger, so what a better time to expand upon the Marvel and DC Lego lines than now. Duplo and LEGO Jr also get in on the act, with X-Men, Spider-Man and Avengers sets to name just a few. Highlights: M.O.D.O.K. and Sentinels cross over into the LEGO-verse bringing all that's cool with them, and the Captain America vs Hydra assault truck includes The Red Skull! 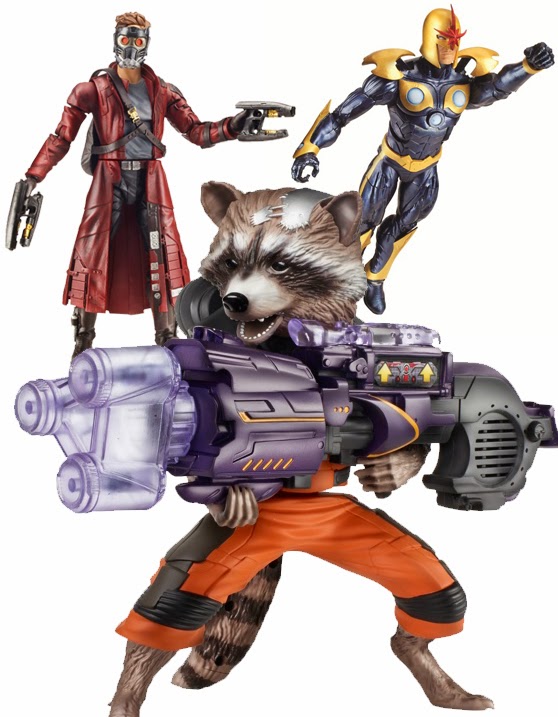 4) STREET FIGHTER Newcomer Capo hit a hadoken unveiling the first wave of their 6-9″ tall Street Fighter figures (sculpted by Rocco Tartamella), with 20 points of bone-crunching articulation. Highlights: Sagat is the highest ranking big-bad of the wave, and boy does he look it. Grab Blanka as well, and 'Round 1' is set to go!

3) DC / SQUARE ENIX Square Enix have done a massive job of taking their Final Fantasy stylings and applying it to DC's best, and in 2014 that is set to continue with Deathstroke, Robin and more. Highlights: Easily the best and most surprising of the line; Rorschach. Better still, Enix have left his look relatively untouched!


2) GUARDIANS OF THE GALAXY There are a whole range of GoTG toys coming down the chute from Hasbro, including a Rocket Racoon mask, Star Lord blaster and three spaceship toys - one a Nova Corps Star Blaster! Highlights: The Big Blastin' Rocket Racoon, and Star Lord and Nova from the Marvel Legends Tie-In.

1) MARVEL SUPER-HERO MASHERS I'm really glad this line is continuing. It's constructive / deconstructive fun is definitely the kind of stuff that will bring new fans into comics. Three new vehicles are offered by Hasbro in 2014, plus a Wave Two that includes a brown and yellow Wolverine and Green Goblin among other characters. Wave Three features Iceman, Deadpool and more. Highlights: If this site is ever late, blame the upcoming Ghost Rider and Venom Mashers. Or the Spider-Man / Dr Octopus 'Mash Pack'. It will seriously be that simple. 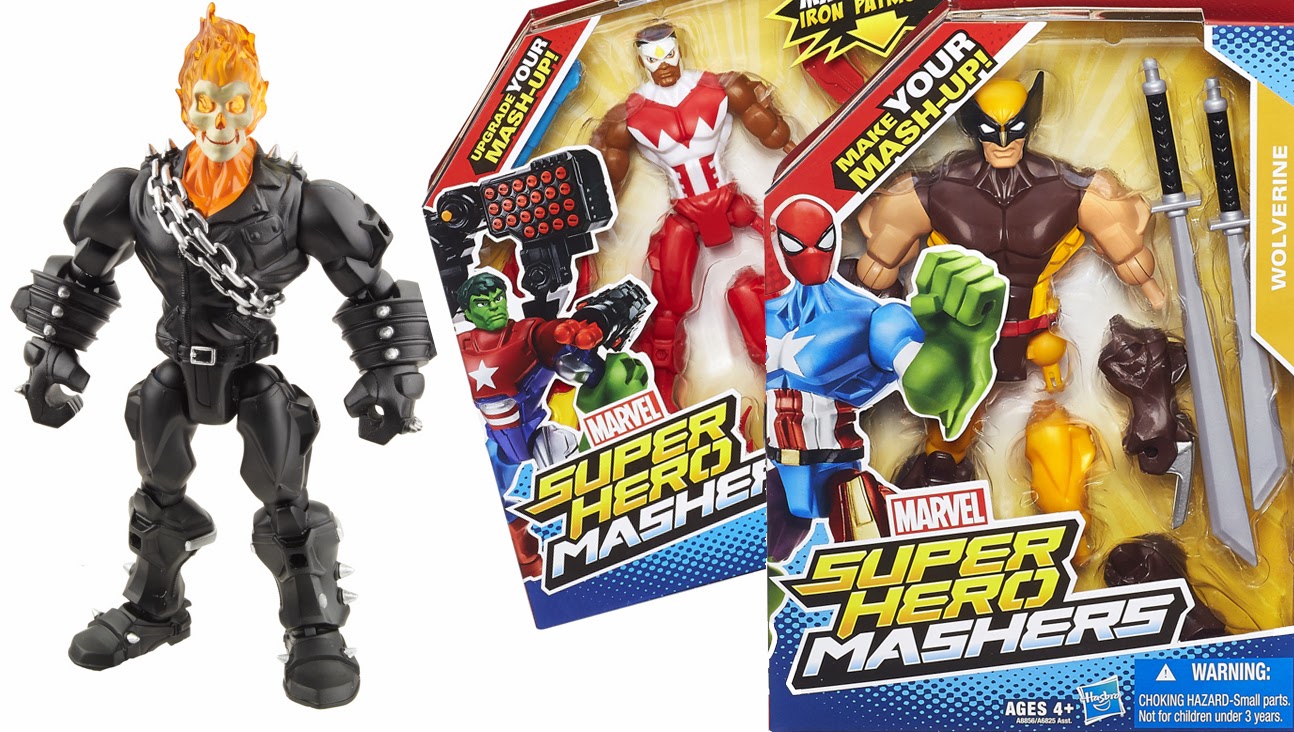