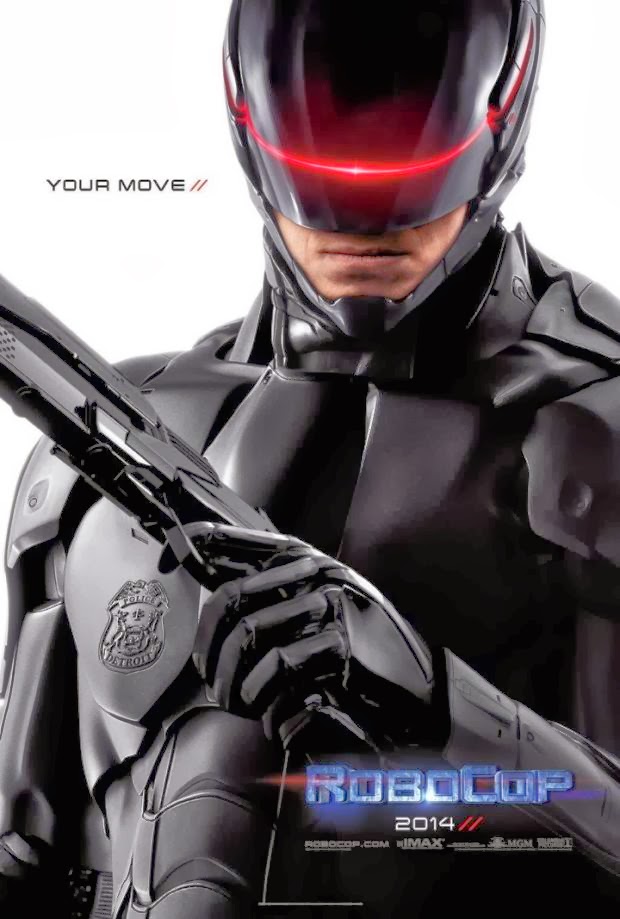 "The public don't know what they want until you show them."

Brazilian director José Padilha's debut into mainstream cinema was a suicide gambit. Like Officer Alex Murphy in the original action classic, he stood in a den of thieves / territorial fans, ones ready to shoot his efforts to pieces should he come off as a lone officer wondering blindly into a situation well over his head.

Few fans looked to thank him for helping to get RoboCop back to the big screen after being stuck in development hell for years, or for his countless battles with the studio to get the reboot an 'R' rating instead of the studio imposed 'PG-13'. Now having seen his finished product, saying 'Thank you' is the least I can do.

'Reboot', 'remake', 'relaunch' are all words that describe what this film is, but also everything that it isn't. Where the 80's original showed us a vision of the far future, 2014's RoboCop seems set in tomorrow, just a few hours away. Capitalising on current global scenarios, it exploits the sole weaknesses of its predecessor; the lack of public opposition to OCP's 'RoboCop' plan and the shallow depth of both Murphy's transformation and his home life.

This time around Murphy's wife Clara (Abbie Cornish) and son David (John Paul Ruttan) are more than just ghosts of days gone by, and not in a Disney 'I'm going to fall into a diabetic coma' kind of way, but one that actually advances the film. David has to cope with the media spotlight of being 'the son of RoboCop', while Clara becomes OCP's main non-political antagonist, angered over promises her husband would be returned to them, but instead been refused access to a man who now shoots criminals point blank in front of their child.

Her public opposition in the argument over whether 'RoboCop' is adding to mankind or detracting from it, is stand-out performer Samuel L. Jackson. As wild-eyed right-wing TV host, Pat Novak, he is relentless in backing OCP as it petitions the Pentagon to enforce a 'Safer America', starting with the corrupt and crime-plagued Detroit.

While many tweaks are small, like Robo using a motorbike over a clunky car, this clash of ethics is where the juice comes from that makes even the unchanged seem fresh. OCP as an arms manufacturer that pads headlines by running a robotic prosthetics division, holds no qualms about the fact its weapons deployed in other countries fail to draw a line between armed men, women or children.

This inability to consider their targets has blocked OCP robot forces from being allowed to deploy into it's greatest potential market; America. That is until OmniCorp head honcho Raymond Sellars (Michael Keaton) heads the idea to combine their weapons, the prosthetic tech of well-meaning biomechanics visionary Dr. Dennett Norton (Gary Oldman), and the recently available remains of car-bomb victim Officer Alex Murphy (Joel Kinnaman), and create a new era in law-enforcement; RoboCop. 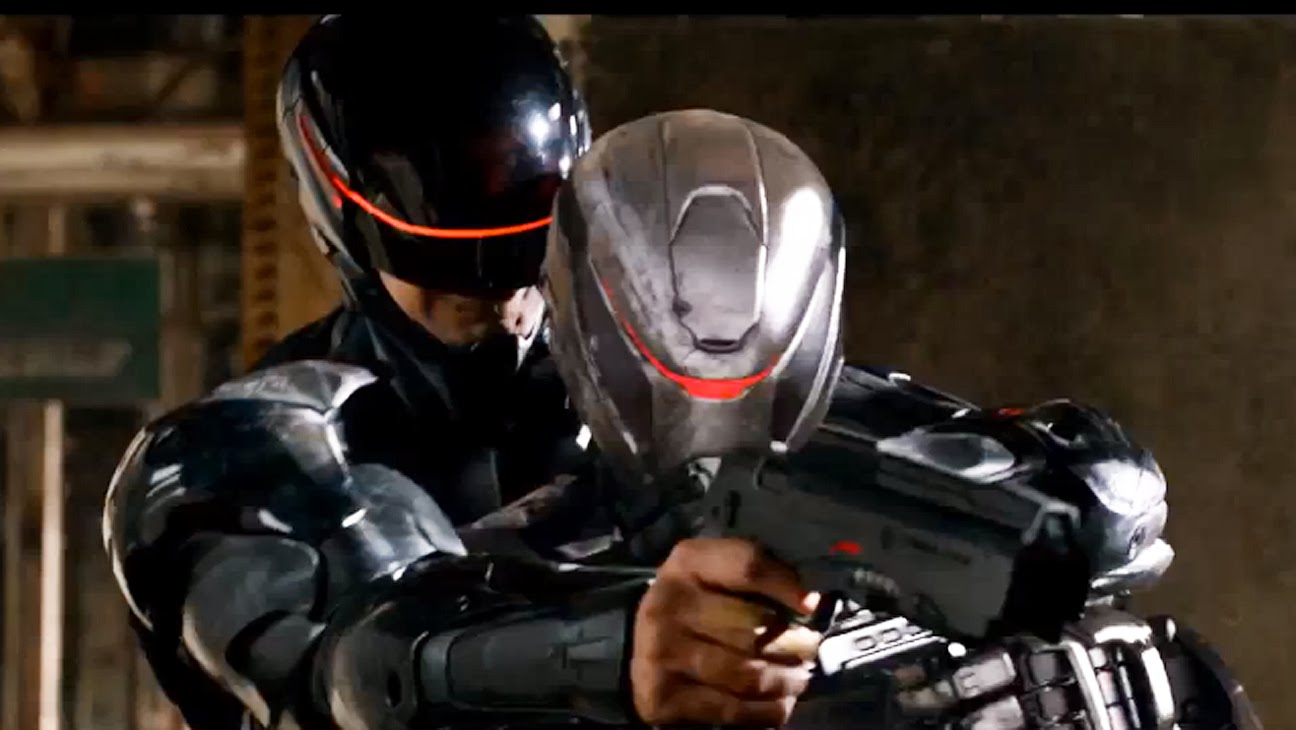 Where the original film hopped, skipped and jumped through Alex's transformation, this film treads a bit more ground. Questioning how much can be removed before we are no longer human, the stripped-down Alex will stun you. Fully-assembled, Dr Norton's hopes his life's work in restoring Murphy's life has succeeded. Only as his employers profit-based objectives become clearer, he has to reason with his own conscience and mounting public opposition to remove more of 'Alex' in order to see OCP's needs fulfilled.

Taking to the streets with one-liners and the same pull-no-punches attitude the character is infamous for, RoboCop balances out the issues of the film with plenty of straight out action. While the delivery of "Dead or alive you're coming with me" is a little soft, OCP's best mercenary man Mattox (Jackie Earl Haley aka Watchmen's Rorschach) uttering "I'll buy that for a dollar" is a nice touch.

In saying that, I admit, my biggest smile as a fan came from finding the 80's RoboCop soundtrack was untouched and fully implemented through-out. Those synthesised notes add so much to the mechanical heart of the film, much more than just nostalgia, it is good to know they weren't 'remastered' into anything else.

If the new RoboCop has any flaw, it's in that it doesn't drive itself dark enough. It either needed to inject more of the oddball humour found in aspects such as the original's TV commercials or become darker to warrant dropping the ha-ha-ha back like it has (as I suspect Padilha was hoping to do).

Finely polished and brilliantly acted all round - even if you're not a fan of RoboCop's 'Cyclops cadillac' look, seeing this film should be prime directive #1.