Making A Mark gives an insanely talented artist some IADW brag-space. Today goes colourist Fabian Schlaga, who not only brings a full set of crayolas to the table, but something extra - and Galactus as well... 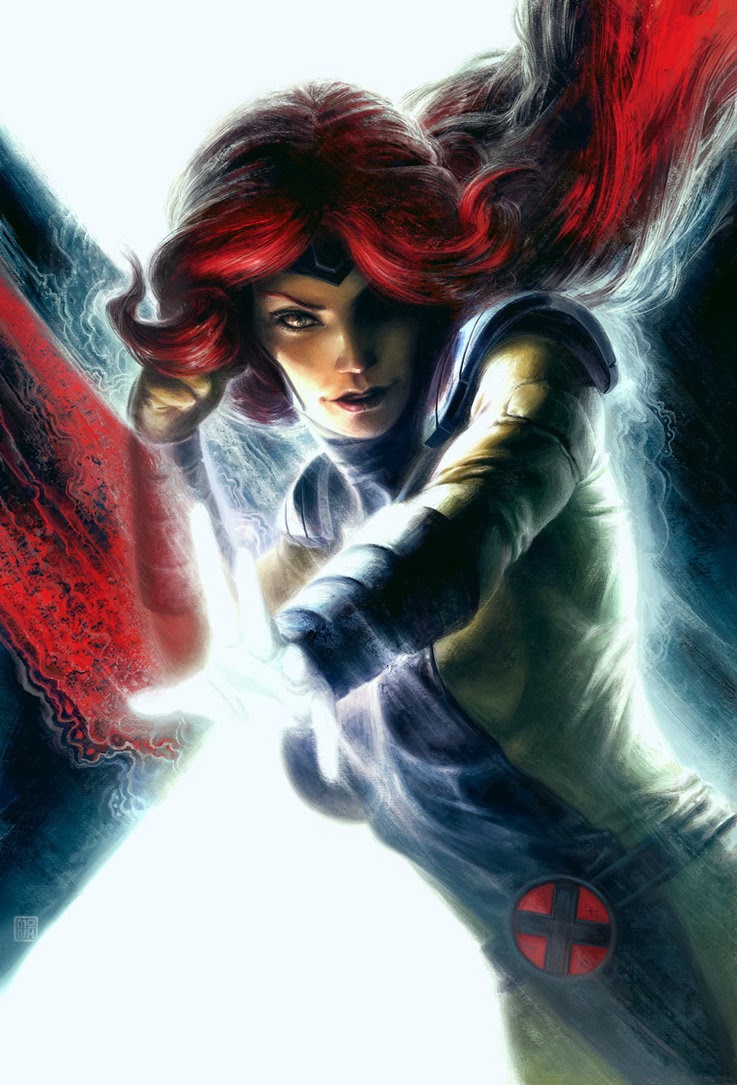 Part of the team at Sideshow Collectibles, Fabians' abilities are collectible all on their own. Cobra commander may be bathed in red, but the way his sceptre and out-reached glove shine really give the terrorist his menace!

Silver Surfer and Galactus is a jam piece of the pencils of two different artists, pulled together as one by Schlaga's magic. The cosmic swirl at the bottom of the surfers' board alone adds enough atmosphere to make Norrin rad.

Daredevil is not Marvel's Batman, yet can often be rendered that way. By keeping the hues of the piece the characters' trademark red and an eerie concrete-ish green, Fabian stops mistakes from happening.

If you lined up costumes that get a hard time for no real reason, the Jim Lee designed Jean Grey would be right up there. For me it works perfectly and is easily one of the characters' best - heck, as much as Rouge's brought in leather jackets, this one brought in those face frames that still are heavily used today.

Here Jean's eye grabs the viewer as if in a telekinetic hold all of it's own, and her red hair rises as if a phoenix itself. Truly amazing stuff.

What do you think?  To see Fabian's full gallery, including Nightcrawler, Storm, Predator and Darth Maul, click here.
Posted by IADW at 1:24 pm