Making A Mark gives an insanely talented artist some IADW brag-space. Today goes digital artist Jeff Chapman. He's the American who proves the term 'cheesecake artist' is not the derogatory term it borders on being, by proving what made the genre such a popular movement in the first place; beautiful, tasteful, wonder women. 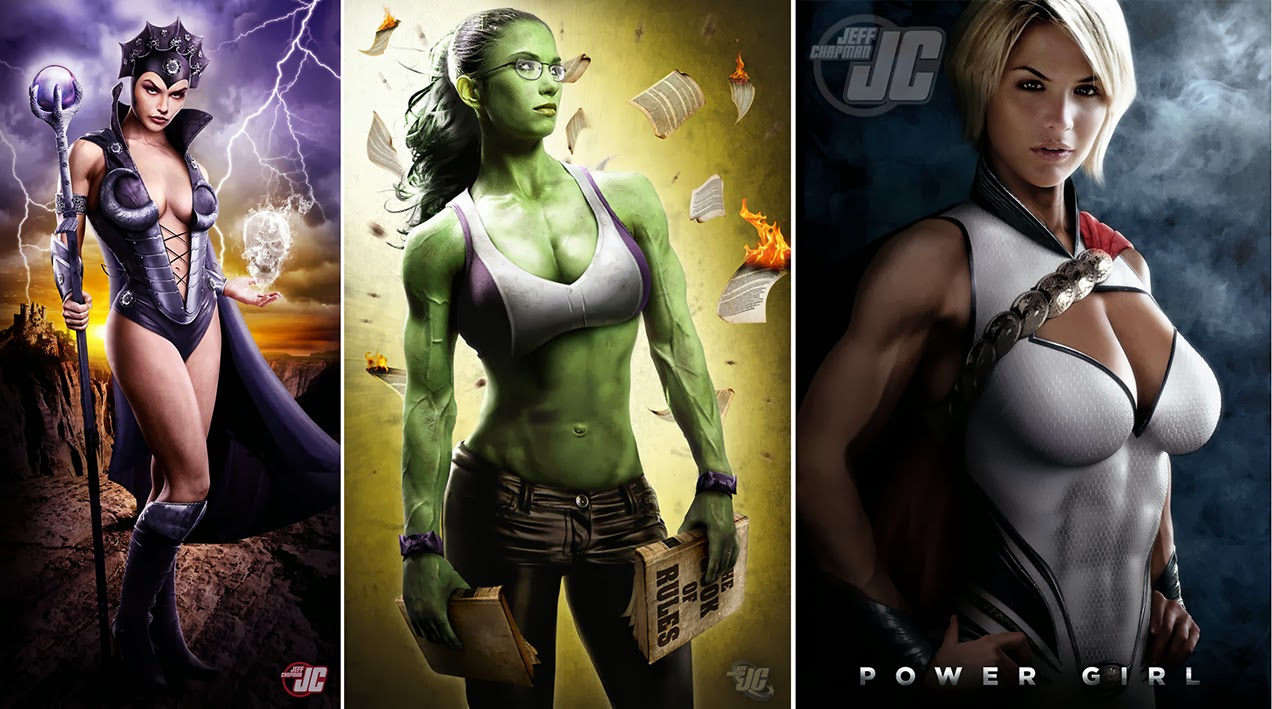 Evil-Lyn seems to hold Skeletor's head in her hands, and why not? Portrayed like this, the true terror of Snake Mountain is probably converting folk to the dark side as we speak! Based on a drawing of FighterDiet spokesperson and person trainer Pauline Nordin, by Jose Carlo G. Mendoza, She-Hulk makes me wish Chapman was on cover duty for the upcoming series of the Jade Giantess. Just imagine that shade of green staring out off the racks monthly!

Inspired by the promo art of the Man of Steel movie, Power Girl is the next heavy hitter to get the Chapman treatment. From She-Ra to Lady Jaye to Diana from the cartoon adventures of Dungeons and Dragons, Jeff renders them all, his photo manipulation abilities just growing from piece to piece - even when he steps over onto male characters, such as Jay Garrick and Aquaman. Speaking of DC legends... 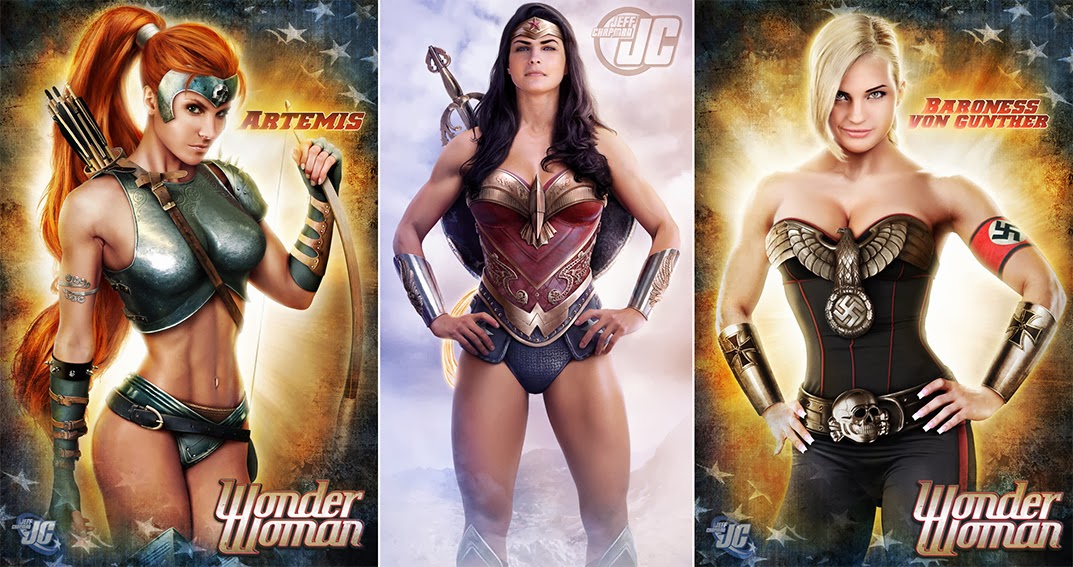 Like any 'good girl' artist worth his sugar and spice, a large portion of Chapman's gallery belongs to DC's amazing amazon Wonder Woman. Not just one to stop with the messenger of peace, he gets complete props for handling fellow amazon Artemis, and Nazi adversary Baroness Von Gunther with equal attention. 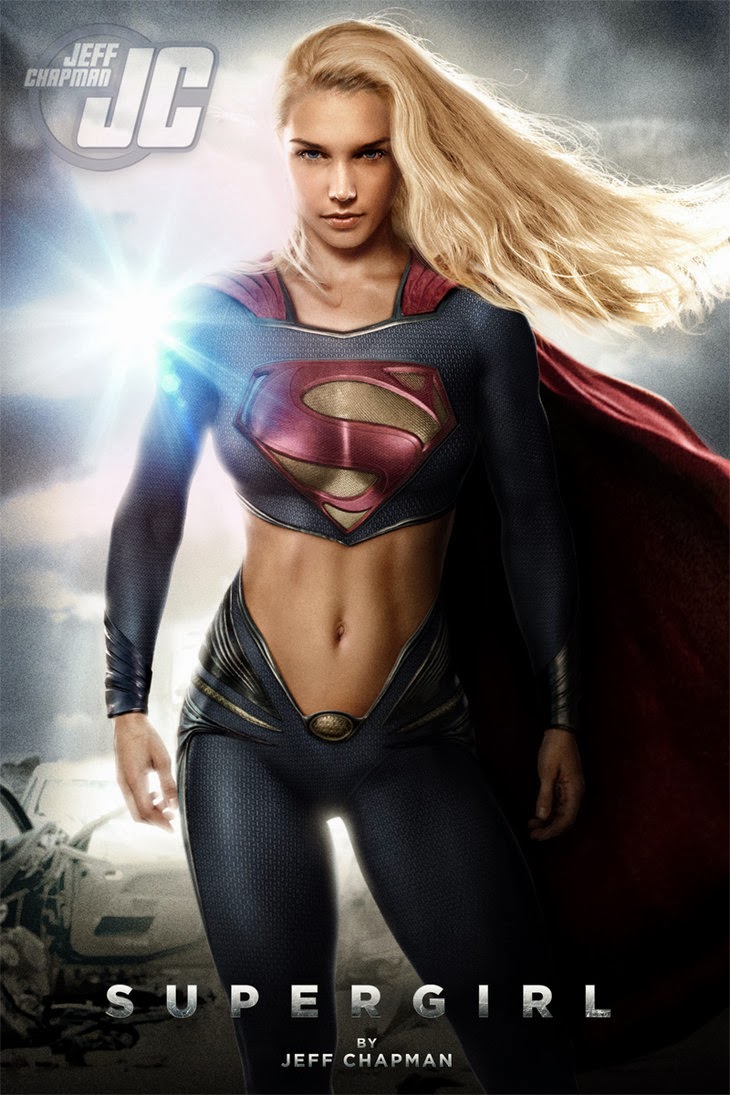 If you noticed Gunther's costume is a Nazi version of Diana's own, you'll agree, it's the perfect idea. Joking on Artemis that 'armoured bikini bottoms are a must', Jeff muses that he doesn't get why everyone wants to put Wonder Woman in a skirt, and designed a compromise between that and her classic look.

This is one of the few times I have ever seen an artist make 'Look at my abs' Supergirl work. Standing in league with the likes of Michael Turner, previously, I just never thought the idea suited the character. While the other pieces of Kara in Jeff's gallery row the traditional way, I'm happy to say in this instance I was wrong. Damn wrong.

What do you think?  To see Jeff's full artistic gallery click here.
Posted by IADW at 10:00 am