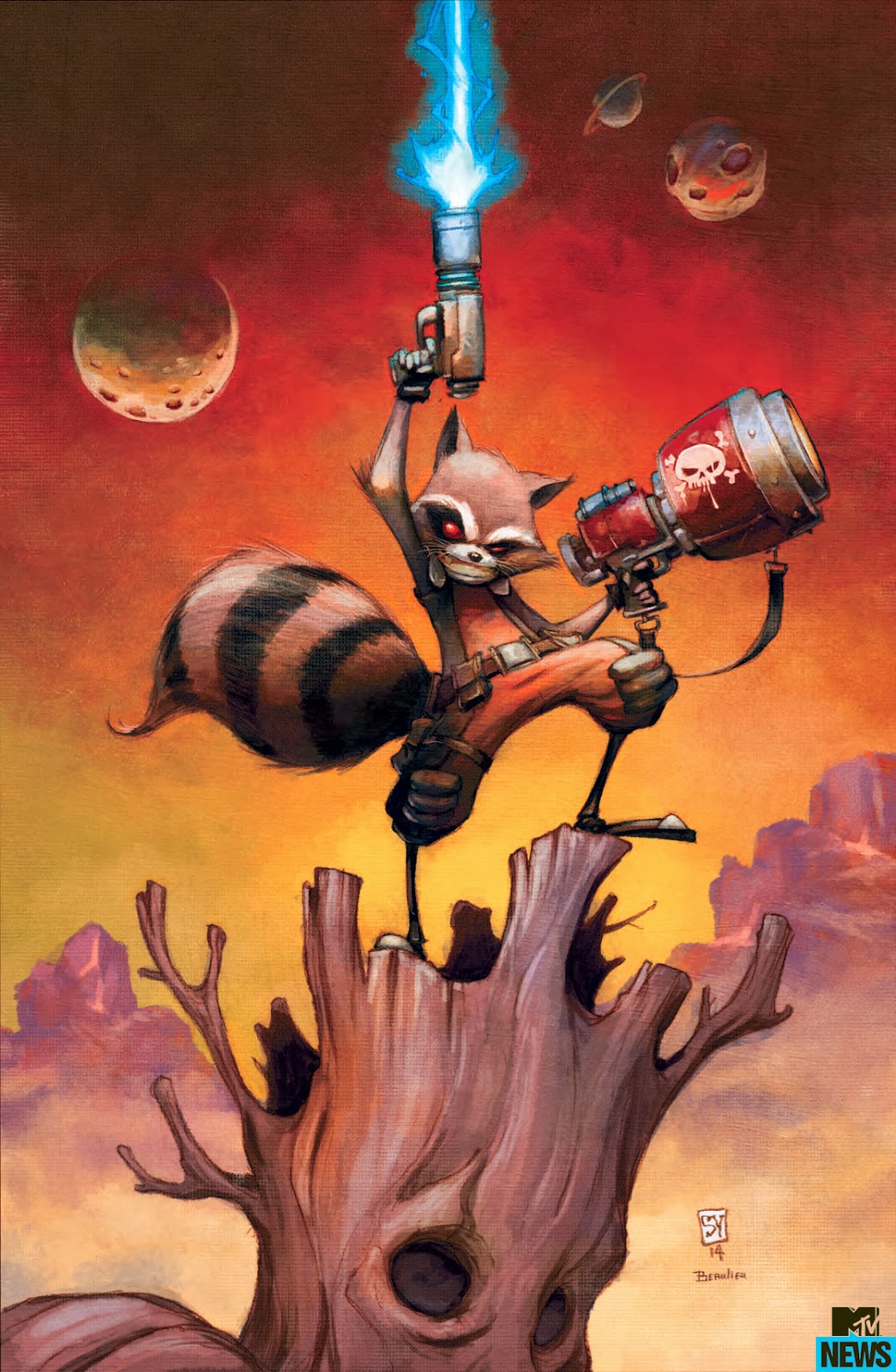 While DC has announced more line-wide variant covers for September, tying into the release of weekly series Futures End, and Valiant have announced the return of chrome covers for their Armor Hunters event, the current cover gimmick I'm tired of most at the moment are the Skottie Young variants Marvel has been pumping out.

Now don't get me wrong, Skottie Young is easily one of the best artists in the game. His expressive pencils bring a movement, humour and fluidity to whatever he draws that few can match, and a style none can compare with - but like Punisher in the 90's, the amount of times it appears, takes away from making it feel as special as it should. Just look at Marvel's OZ if you need any proof.

Now revealed on MTV News, Skottie has been placed as writer and artist on the upcoming series for Marvel's 'money in the bank' character of 2014; Rocket Raccoon. Hopefully this becomes one of the sole sources of Skottie's work, because if there's one person who can draw the humour and facial expressions of the character like co-creator Keith Giffen, it's Young.

The series launching in July, will tie as lightly to Rocket's original run, as it does to his current antics in Guardians of the Galaxy - meaning fans just wanting a good fun read, have finally found their man (and 'Coon). For proof of exactly that, here's Skottie speaking to MTV:

"I think it's going to have a connection to that nostalgic feeling for Looney Tunes, that old animated flavor where everything wasn't squeaky clean, you know? Daffy Duck would get his bill blasted off with double barrel shotguns... That's what I grew up watching, and being able to play around with that in this hyper-superhero intergalactic universe will be a lot of fun."